‘I wasn’t happy!’ Ulrika Johnson hits out in fury at Davina McCall’s tweet on violence

Lorraine Kelly invited Ulrika Johnson onto her ITV show this morning to discuss male violence in the wake of the Clapham Common vigil held on Saturday in memory of Sarah Everard. However, the presenter pointed out she disagreed with Davina McCall over her recent tweet on the matter and retaliated against the presenter’s claim that women were “fear-mongering”.

On Friday, Davina tweeted: “Female abduction / murder is extremely rare. Yes, we should all be vigilant when out alone.

“But this level of fear-mongering isn’t healthy. And men’s mental health is an issue as well. Calling all men out as dangerous is bad for our sons, brothers, partners.”

Discussing the tweet, Ulrika said: “No, I wasn’t. First of all, it is not fear-mongering, because this is happening. To say that it is rare is also incorrect. We know that domestic abuse is definitely not rare.”

“I am sure what she was trying to do was say let’s not forget that this is not all men but I don’t even think that is a conversation that needs to be had because I don’t think anybody has ever said that this is all men.” 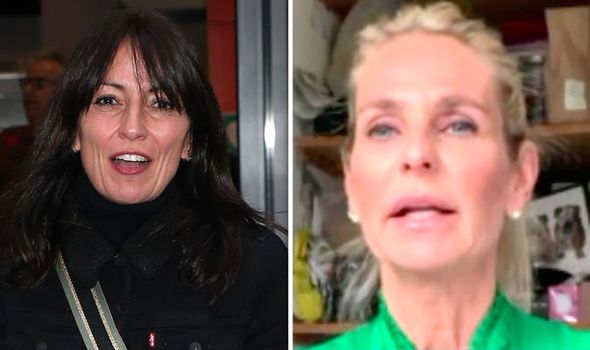 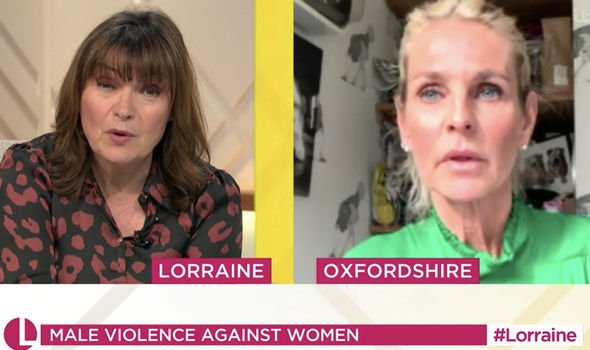 “Men’s mental health is a separate issue to this. I had some really interesting responses on my Instagram to my post and it wasn’t until I was scrolling down and a couple of them had said they had been gang-raped and attacked,” she continued.

“These were men that were leaving these messages for me and so that was really quite shocking.”

“It is men who are fearing men, who aren’t fearing women, I wouldn’t have thought.

“So men’s mental health is a very important issue but I think it is not one that has a place in this conversation.” 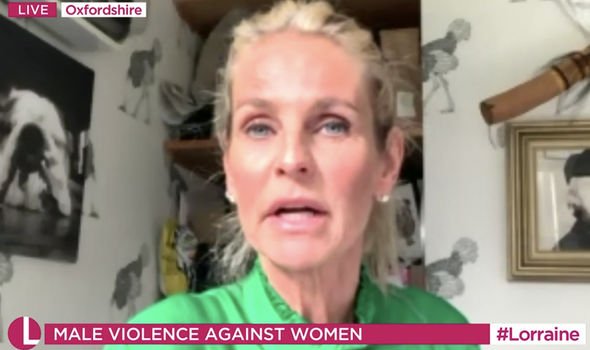 Speaking about Sarah Everard’s tragic murder, the presenter shared: “The case of Sarah Everard has brought back lots of feelings that I think in some respects have been, you know, we haven’t been dwelling on because we have been in the middle of a pandemic and we are thinking about lots of other things.

“I suddenly just reflected on the fact that every single woman that I know, my close friends, some extended friends, have had some form of harassment or violence, verbal, physical or whatever. And I was actually quite horrified by that realisation.”

Ulrika has two sons and two daughters and was touched when her eldest son Cameron reached out to his sisters last week.

“I was quite surprised,” she said. “He set up a group chat with his sisters who are 20 and 16 and I was worried he was going to say something dreadful had happened but he just wanted to say that for every one man who would want to harm a woman, there are many who would die defending her and he takes responsibility for the fact that men need to be part of the societal change that needs to take place.

“And I was moved to tears by this… He is part of the next generation and he took the initiative to reassure his sisters, which I thought was wonderful.”

She added: “I have felt a great deal of hope, certainly with my 16-year-old Martha who is a proper social justice warrior and brings up cases all the time and discusses things and how we should behave and what we shouldn’t accept and one thing or another.

“It was thanks to her, I must have been having a conversation with my daughters about behaviour and how they need to be careful and mindful of certain situations.”

“And she piped up, and maybe she was 14 or younger at the time, and said, ‘Why are you having this conversation with me, is this conversation not one you should be having with young men and boys?’ That really put me in my place,” Ulrika explained.

“All the time I have been thinking about how I need to behave when actually this is an issue for other people and not for women.”

“We talk about teaching girls self-defence and I did self-defence classes when I was in my teens. I am guessing if someone did attack me, I am not sure how much I would remember of that…

“I think those sort of things are really useful but at the roots, we need to really be having healthy conversations with men because not every young boy is brought up in a household of equity and equality.

“They are products of their environment so it is a conversation that needs to happen in schools. That is the only way, through education. Who knows if we will ever be able to stop this, but we need to give it a damn good go.”

Lorraine airs on ITV on weekdays at 9am.