Cinematographer Fabian Wagner was one of the first crew or cast members to publicly speak out against Joss Whedon’s version of “Justice League,” which was theatrically released in 2017. The German DP lent early credence to the #ReleasetheSnyderCut movement’s fervent belief that they’d been lied to – that the theatrical version was not Warner Brothers/DC and writer-director Joss Whedon carrying out of Zack Snyder’s vision, after the director stepped away following a family tragedy. Wagner was one of first to clearly and publicly state that Whedon rewrote and reshot most of the movie, throwing out “90 percent” of the original material. (Jean-Philippe Gossart is credited as both the second unit director of photography and additional director of photography on “Justice League.)

“If there is a Snyder cut, I hope it’s better than the one that is out now,” said the cinematographer in the summer of 2019, adding he cried when he saw the theatrical version.

With “Zack Snyder’s Justice League” streaming on HBO Max, the world can see what Wagner was crying about. IndieWire spoke to Wagner about the art behind the four-hour version, what it was like to visit the Whedon reshoot, and the potential of his re-uniting with “Game of Thrones” director Miguel Sapochnik on “House of the Dragon.”

This interview has been edited for length and clarity.

Going back to 2017, you and your team had wrapped and exited the project well before Zack stepped away, correct?

Absolutely. Zack started editing. He did the first three trailers with all the material shot by us in 2016. I was actually in LA at that time, and we were color correcting some of the trailers to come out.

I know you were on another project, but were you ever asked to do the reshoots with Whedon?

They got in touch briefly to see if I was around, but obviously I wasn’t, so.

It’s not clear to me who shot the seven weeks of reshoots. Do you know?

I’m not entirely sure, but I think the guy who did our second unit did most of it. I was actually shooting a movie in the same studio space where they were doing the reshoots, so I only dropped in on the set once, which was a strange experience. It was very different than what I had experienced with Zack, so I wasn’t there for long.

And obviously, I knew how many days they were reshooting, so that kind of sets off the alarm bells. You think, “Wow, that’s a lot of,” you know, “How’s that going to work?”

It doesn’t sound like there was a lot of communication with you and your original camera department.

There wasn’t, but I don’t think our second unit DP would be to blame. That was a much higher power that decided what to do different. He did a great job picking up things for us doing second unit. I just think there are much bigger forces at play with that, but yeah, certainly, I was kind of disappointed, having invested a lot of time and love and energy in what I was doing with Zack, to be cut off like that. But what can you do?

In seeing the new four-hour version, I really appreciated the choreography of the camera – these big sweeping, dramatic camera moves, combined with a distinct use of slow motion, and how that all those pieced together in these dramatic set pieces. Clearly that is part of Zack’s vision, but I’m wondering how that evolves from idea to execution.

It’s an interesting collaboration. I always [had] been a fan of Zack’s movies, and his usual DP Larry Fong. He’s such a visual, creative director, who is obviously filled with ideas. He’s a real trendsetter. When I first met with him, he had the whole movie storyboarded. He’s also a great artist when it comes to drawing. He took me through the whole movie. He knows what he wants, but is very open to other ideas and listens to you.

I introduced a second camera to him, which I was operating. At the beginning, I thought maybe I’ll get to shoot two shots a week, because I knew he was use to shooting single camera, and by week two he was like, “Where’s my other camera?” [laughs] And we got some great stuff. We’d have one camera that does all the planned stuff, and within that there’s a certain freedom you have as well. He pretty much knows the shot, but if you come up with something in a similar vein, he’s totally open to that. And then there’s the b-camera that I was literally running around with and finding things we hadn’t thought of before. 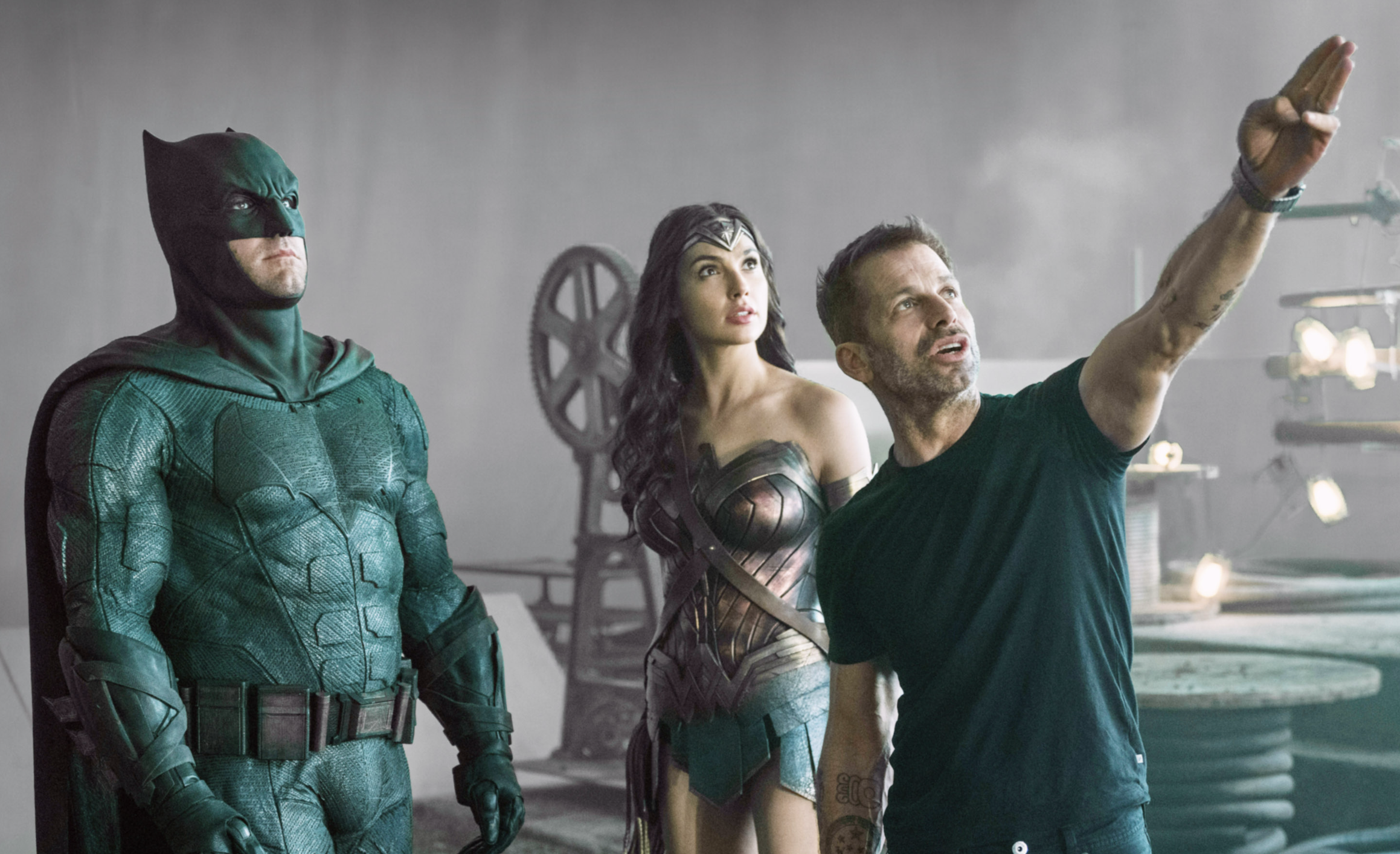 And what about the slow motion?

What about the actual speed of the slow motion? Does Zack know the exact degree of over-cranking he wants? Is that specific on set? Is it all in-camera?

No, in camera. For example, the stuff with Ray [Fisher] playing American football – I don’t remember now how fast [frames per second] we went – but we knew going in on that day.

I wanted to establish that because this is the part that stunned me while watching this four-hour version: These scenes have such a gravitas and breadth. Regardless of studio interference, regardless of whatever Joss Whedon did, it’s hard to understand how this was going to ever be delivered in a studio-mandated two or two-and-half hour cut. Forget about cutting story or scenes for a moment. Was this very specific camera choreography timed to these slower, more drawn-out scenes in the four-hour version?

Absolutely. We thought about that all very carefully. I always say Zack doesn’t make movies to a certain time frame. He takes the time he takes to make his movies. This was always going to be a long movie. You have six superheroes with backstories. That’s why you’d call a two-hour version kind of a massacre.

Let’s talk visual effects. This is a dark movie and you also have just a ton of VFX that are light sources shooting across and through frame – fire, bolts of electricity, the mother boxes. How do you take into account these dynamic light sources that aren’t present on set?

If the visual effects follows the lead that you’ve created on set, you’ll end up with better CGI work afterwards. So a lot of the stuff we came up with [involves] interactive light on set.

If there’s flames, if there’s fire, I tend to use real flame, complimented and supplemented with film lights, obviously. But if there’s there an explosion, I’ll do an explosion with flame bar that goes up. I’ll do a flame thrower, or whatever we can do to get that real effect because that’s the effect we see on the surroundings, so I’ll see the fire effect on the actors, I’ll set it on the sets, and so I do a lot of interactive lighting, whether it was Flash going slow-mo or Steppenwolf and his axe hitting the floor, any of that. 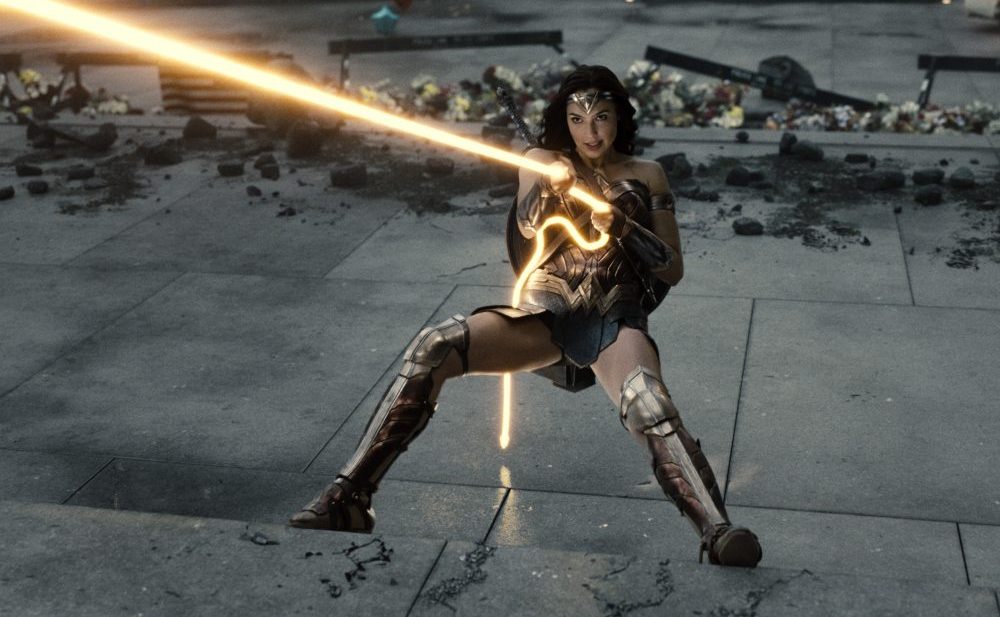 Then you have these Aquaman scenes, which create a sense of a fluid underwater light. Can you talk about not only how you did these scenes, but how you landed there? I have to imagine this required experimentation.

We talked about the idea of doing it for real out on the water, but that went out the water rather quick, so to speak, because obviously we had so much to do in the water, and all the dialogue scenes, that was not an option. So, we quickly decided to see how we could do it above water.

We came up with a lot of ideas. We were testing for movement, how the actors move on the water. We were doing make-up and lighting tests, various different colors options, and in the end I came up with solution that involved what we call rock ’n roll lights. These are basically festival concert lights that rotate and you can put different patterns into them, and they move. I was just thinking about how — if you are underwater and the sunlight hits the water — the light breaks and creates all those different patterns, so I was thinking along those lines.

It had to be an odd experience for you when “Justice League” hit theaters. You’re the credited cinematographer, you’re proud of your work, and something like 75 percent is footage you didn’t shoot. You even did an interview with the American Society of Cinematographers. There had to be a little bit of weirdness when it came out, right?

There was two things. I was thinking about Zack, and all the horrible things he’s went through, and then obviously, I knew the movie I shot with Zack and I knew what Zack was going to do with it. I could see the movie Zack had in his head. So to see that movie, and to see the color grade and everything we aimed for and that we did in our rushes [dailies were generated with a predetermined color grade and timing], for example, was completely different. Yeah, I was devastated.

This was a huge movie for me. It was an amazing experience to work with the Snyders, and the whole team. I had a great time on that set, so to watch that movie was horrible.

In reading interviews, it is very clear there is a real open and familial atmosphere on the Snyders’ set. You met your wife on “Justice League.”

There’s a reason it was such a good shoot.

Taking into account that sense of family surrounding the Snyders, I’m curious what prompted you to be one of the first and most prominently to speak up about how badly butchered the Whedon-cut was? Just looking back how IndieWire covered the “Snyder Cut” in the years between, the two biggest articles were you speaking up.

Was there a sense within that “Justice League” family that it was time to start speaking up, in comparison to how close-mouthed everyone was during the initial release in 2017? What triggered that?

No, no, but that’s a good question. I’ve always been speaking up for Zack and his work, and all those things coincided. When the movement first started, I openly said, I thought it was great, but I didn’t think it’d go anywhere. And then it went on, and on. I think it’s about the fans. If I can make someone happy by showing a picture from a Zack Snyder set, then yeah, let’s do it. But to your question, I’m not sure at what point and how it happened. It was probably just all these things coming together. 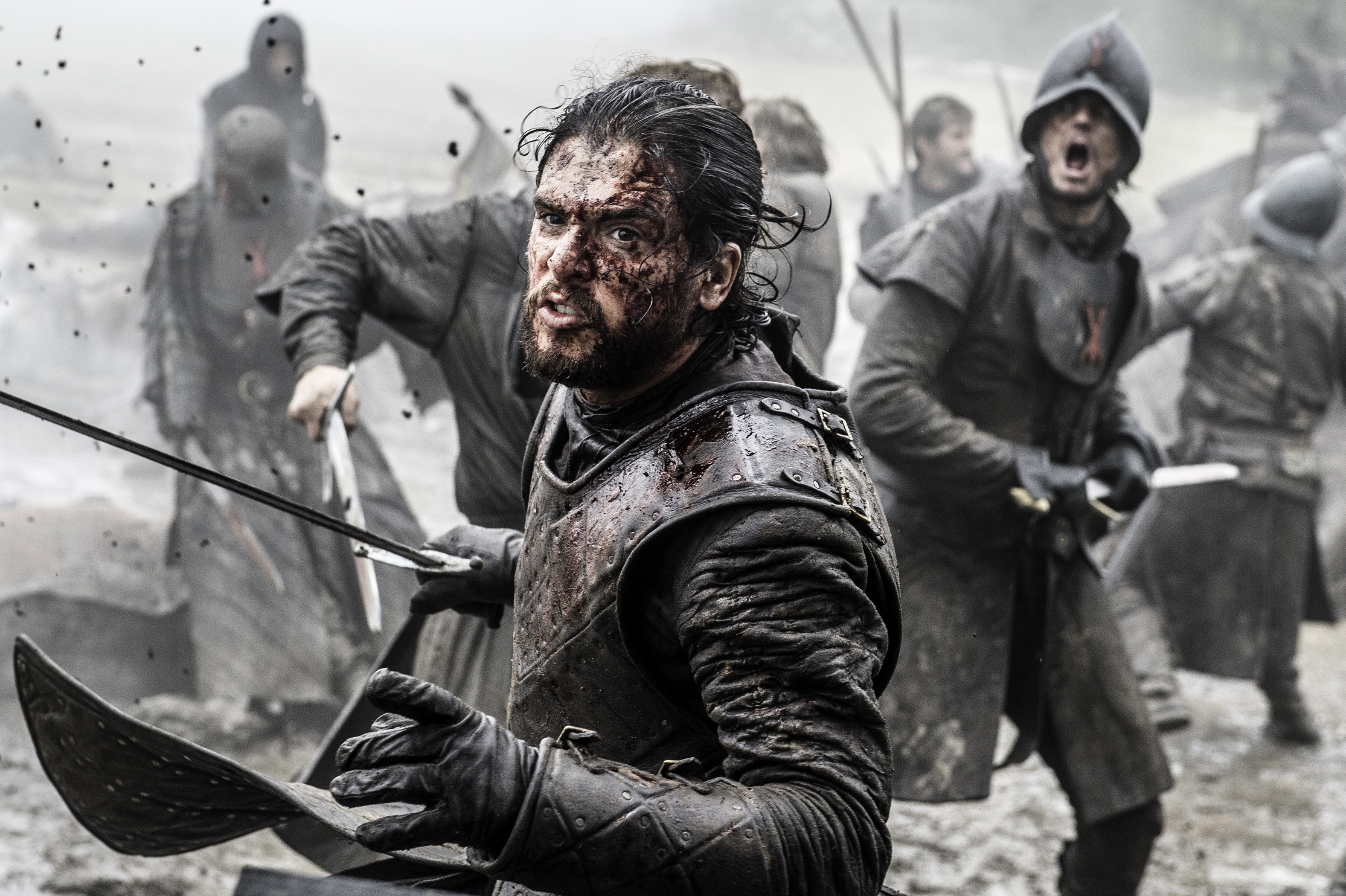 I interviewed Miguel Sapochnik after the final season of “Game of Thrones,” and he drew a picture of your two’s partnership going beyond the normal close director-DP bond. At one point, I believe he said it was conditional for him to come back for the last season that you came back–

It was a pack. We’d only come back if we came back together.

I ask because there’s this “Game of Thrones” prequel he’s spearheading. Will you re-unite for that?

Hopefully, if the timing works out. Yes, depending on when I wrap [an undisclosed project Wagner was unable to discuss] and when they start.

And that’s really hard right now, isn’t it? You get shut down for a couple weeks, you push, it’s hard to schedule your next gig?

It’d be a lot easier. If there wasn’t COVID, I’d be finished with this project by now.