It’s Friday, you’re starting to think of the weekend, so it must be Insider time. Join me once again as the Deadline International team cast a critical eye over the big news stories this week. Read on.

NATPE AND EDINBURGH IN TURMOIL

Nasty news from NATPE: This month was supposed to be all about people getting back together at industry events. Certainly, in the international TV industry, everyone we speak to is – genuinely, for once – excited about returning to Mipcom (or Mipcom Cannes, as it’s quietly been rebranded) later this month. However, October has started horribly for fans of travelling to entertainment industry confabs: On Monday, NATPE filed for bankruptcy instead collecting its things from Miami and moving them to the Bahamas as planned, and then it emerged the Edinburgh International Film Festival has gone the same way. NAPTE, which has been hosting execs, producers, syndicators and distributors for decades, cited Covid as its downfall in a Chapter 11 filing. Market watchers had been murmuring privately about the organization’s financial health following its decision to postpone this past January’s Miami event and this proved to be the case in the end. Fans of talking shop around the pools and bars of the Fontainbleau (me included) must be sad with the development, and it’s hoped a restructuring package can save the operation. Whatever the case, NATPE says it will press on with its Nassau conference in January 2023 and hold its NATPE Budapest event in June. Dade Hayes had more here.

Edinburgh castled: That wasn’t it for the bad news. Later in the week, the trustees of the Centre for the Moving Image (CMI), the charity that runs the Edinburgh International Film Festival and the Filmhouse Cinemas in Edinburgh and Aberdeen, announced they had appointed administrators, will cease trading immediately. A statement pointed to “a perfect storm” of rising costs and falling admissions due to the pandemic, exacerbated by the UK’s deepening cost of living crisis. Tragically, the news came just months after the Festival celebrated its 75th anniversary – it is the world’s oldest consecutively running event of its kind. Stars such as Paul Mescal (Normal People) and director Charlotte Wells (Aftersun) had attended. Staff at all three sites are expected to be made redundant and it can only be hoped that funds are found from somewhere to save this piece of history from the end. Zac’s report provides more. 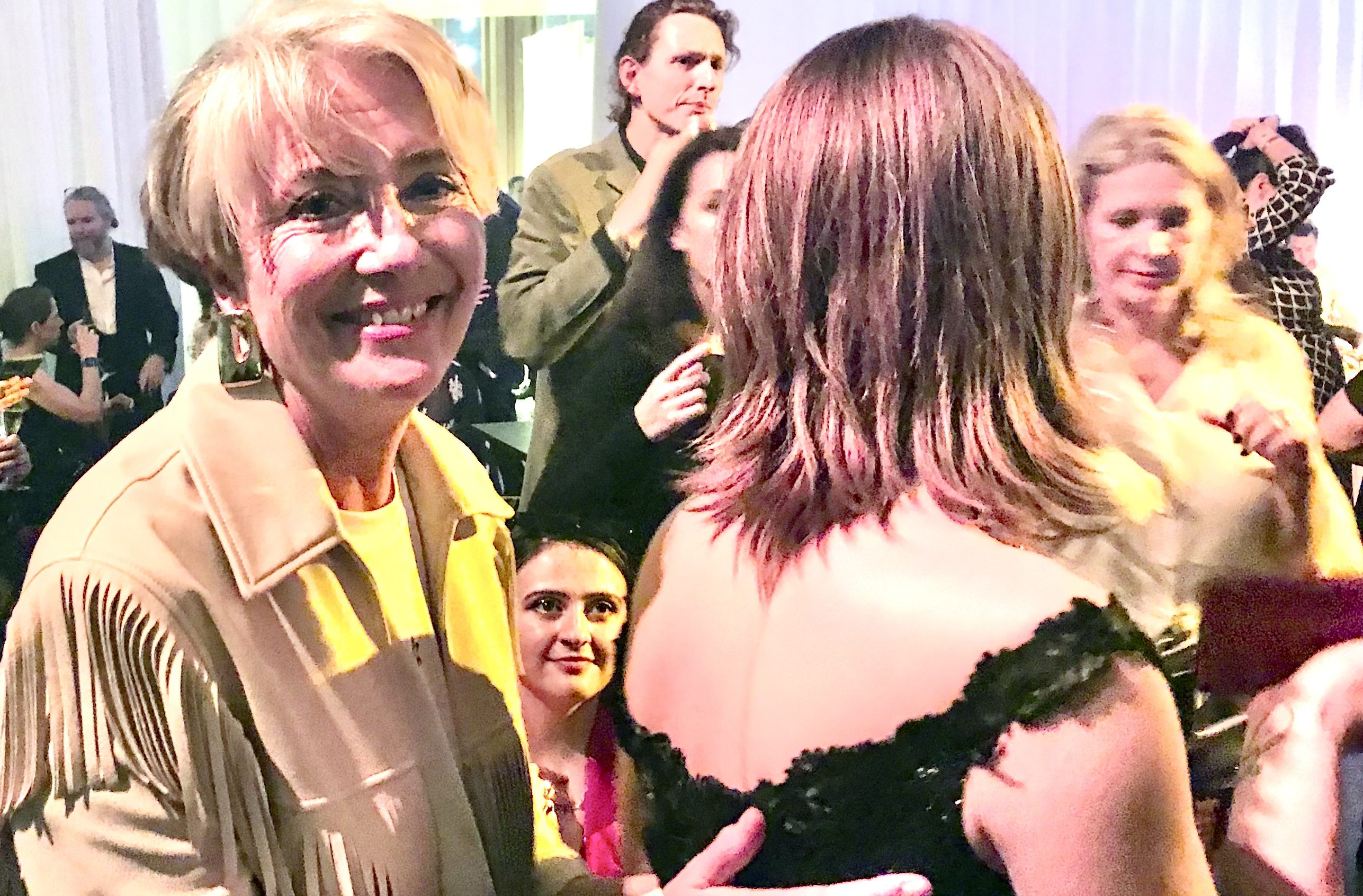 What do Rishi Sunak & Emma Thompson have in common?: The 66th London Film Festival kicked off Wednesday evening with the world premiere of Matilda The Musical, the latest big-screen classic of Roald Dahl’s classic tale. The film appeared to play well with the opening night audience on a cool night in the UK’s capital at the Royal Festival Hall. And, as ever, the screening was a star-studded event with an eclectic collection of names, including Rishi Sunak, the former UK Chancellor of the Exchequer, who recently failed to become Prime Minister and leader of the Conservative Party. Our man Baz grabbed a few minutes with Emma Thompson, who plays the fearsome Miss Trunchbull in the film, and found out her previous role in Nanny McPhee meant she wasn’t the terrifying presence on set that she was hoping. The LFF runs from October 5-16, and the hottest ticket in town is the debut of Rian Johnson’s hotly anticipated Knives Out sequel, which closes out the festival. Earlier this week, Netflix revealed that the film will receive a wide release in 600 U.S. theaters and select international cinemas before it drops on the streamer on December 23. 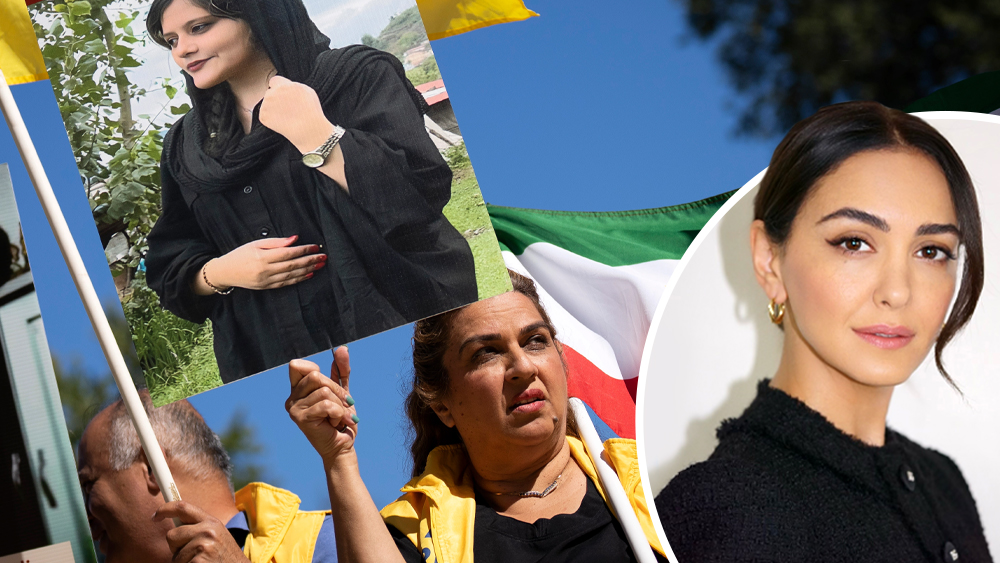 #HairForFreedom: Isabelle Adjani, Bérénice Bejo, Juliette Binoche, Laure Calamy, Marion Cotillard, Julie Gayet, Charlotte Gainsbourg, Isabelle Huppert and Alexandra Lamy were among a group of high-profile French actresses showing their support for Iranian women on Wednesday as the Mahsa Amini protests entered a third week in Iran and worldwide. Amini died in police custody on September 16 after being detained for not wearing her hijab properly in accordance with the country’s strict religious laws and allowing some locks of hair to escape. Joining other women around the world, the French stars got behind a video campaign, hashtagged #HairForFreedom, showing them cutting a lock of their hair in solidarity. Needless to say, it quickly went viral. Iranian-born The Lord Of The Rings: The Rings Of Power star and Amnesty International UK Ambassador Nazanin Boniadi also showed her solidarity this week with a heartfelt guest column on Deadline on the suppression of women in Iran and the need for all women to be vigilant about upholding their rights around the world. Back in Iran, the anti-government protests – led by women and students – continue in spite of a harsh crackdown by authorities. The government has also targeted non-state broadcasters and the internet, prompting French satellite operator Eutelsat to put out a statement on Thursday that its satellites had been jammed from within Iran.

Scheme Implementation What?: The independent production world has become increasingly consolidated over the past decade or so, and much of it has thanks to French powerhouse Banijay. This week, Deadline was first to break the news Banijay had made its largest acquisition since buying Endemol Shine Group two years ago by entering into a bizarrely titled arrangement called a Scheme Implementation Deed to acquire Australian factual producer-distributor Beyond International. The acquisition deal – let’s call a spade a spade – is worth around $30M, representing a good premium for shareholders of Mythbusterscompany Beyond. This isn’t a game-changer deal in the same way the Endemol Shine deal was, or Banijay’s 2016 merger with compatriot Zodiak Media Group, for that matter. However, it takes another indie player off the market and means Banijay’s sales library stands to grow to 138,000 hours once the agreement closes. With Mipcom around the corner, producers and distributors around the world will be buzzing to know if this deal represents a wider wave of international consolidation, and whether their companies might be part of that goldrush. It wasn’t the only international M&A deal this week, with Leonine Studios (see below) and Newen Studios both purchasing indies. Read the breaking news on Banijay’s deal here.

Into the metaverse with Mediawan: France’s Mediawan Rights took a step into the Web3 world this week. We broke the news the fledgling distributor had launched a metaverse space for acquisitions execs ahead of Mipcom. You might think sending buyers deeper into the digital world just before what’s likely to be the biggest physical market in somewhat is counterintuitive, but anything that gives you an advantage over your rivals, and gets people talking, can only be a good thing in the long run. We’ll be keeping an eye on how Metawan performs in coming months. Check it out here.

Who’s your money on?: There were a raft of announcements around entries for the Best International Film Category at the Oscars this week as the October 3 deadline for submission hit. So far, around 85 entries have been made public against 93 final submissions last year. Some territories do not publicize their submissions, so the final tally remains to be seen when the Academy publishes the official list. Buzzy contenders in the category so far this year include Lukas Dhont’s Close for Belgium, Alice Diop’s Saint Omer for France, Edward Berger’s All Quiet On The Western Front, Jerzy Skolimowski’s EO for Poland, Park Chan-Wook’s Decision To Leave for Korea and Santiago Mitre’s Argentina, 1985 for Argentina. Two territories have declared they will not be running this year. Russian said it would not be participating this year amid deteriorating relations with the West following its invasion of Ukraine. Egypt will also not take part this year after its selection committee decided not to send a film for the lack of a credible candidate. 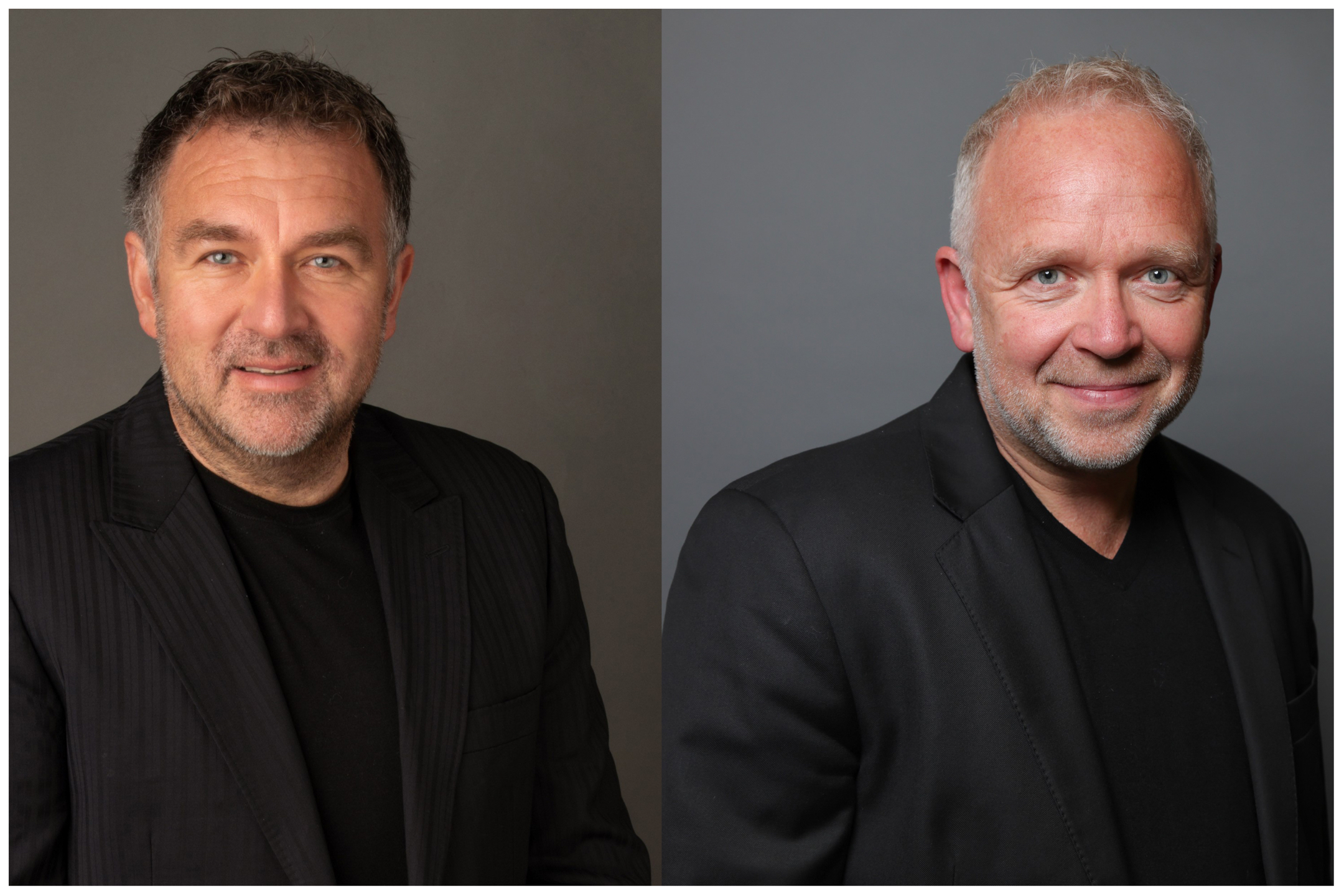 🌶️ Another One: Thomas Vinterberg’s debut TV series set its cast and went into production.

🌶️ One more for luck: Michael Ball will revisit Aspects of Love in reimagined Andrew Lloyd Webber musical. Baz with this one.

🇮🇪 Out of Ireland: Kilkenny’s Lighthouse Studios is developing a crime drama based on graphic novel Savage Town.

Zac Ntim and Melanie Goodfellow contributed to this week’s Insider