Certain roles seem like they’d make an actor pause before signing on. And Jake Lacy notes he was asked whether playing pedophile Robert Berchtold, the man found to have kidnapped Jan Broberg Felt twice during her adolescent years, was a good idea. While speaking to IndieWire via Zoom, Lacy recounts how co-star Anna Paquin asked him if he or his representatives worried about him taking on the role. It’s a valid question, especially considering Lacy, prior to this year, has mostly been known for playing very sweet Good Guys (“The White Lotus,” of course, began to shake up that perception).

But to hear Lacy recount the story, that was exactly what he was looking for from the part. “He [Berchtold] thinks he’s Steve McQueen,” Lacy said to IndieWire. “There’s so much to dive into. I get to be the force that changes the story.” He certainly does that. Playing Berchtold required Lacy to not only be despicable, but simultaneously make a highly implausible story realistic to a viewing audience.

As Lacy himself brings up, though much of the story has been detailed in the documentary “Abducted in Plain Sight,” even he was surprised by the roads he’d have to take the character down. “One of the more innocuous moments for me — I was like, ‘This is too on the nose, guys’ — is later in the series. Berchtold…is talking to the nuns at this Catholic school and is pretending to be in the CIA and, sort of, accidentally calls President Ford, Gerry. I was like, ‘Okay, I get what we’re doing here, but it feels on the nose. Can we allude to this?’ And [creator Nick Antosca] was like, ‘Jan told us. He would talk about Gerald Ford as Gerry to multiple people.’”

The actor went on to discuss his research process, as well as the moment in the series that made him question just how wild the show could get.

The interview has been edited and condensed for clarity.

IndieWire: What immediately jumped out at you about this project?

Lacy: It was two things. One is the things that would keep me from doing a role like this. Jan [Broberg Felt], who this story happened to, and her family w[ere] creatively involved as a producer on the show, and Nick Antosca made that clear at the beginning to say she’s involved and if she wasn’t I wouldn’t be doing this. That, [as well as] the fact that Nick had said we weren’t showing the abuse. We weren’t finding some kind of logistical workaround to be like, “Here’s how we can film predatory child abuse.” Knowing that that wasn’t on the table, and that Jan was involved, the things that maybe would give me pause were already sorted out.

Then, separate from the subject matter — as horrific as his behavior is and the effect on his family, on other families — as a character, Robert Berchtold is layered and a real challenge to take on as to how to create this person, and tell the story. I always want to take on challenges and those come in different ways. Something that maybe was uncomfortable or unknown  and go like, “I’m gonna have to dive in and trust the people around me, and trust my years in this business to create something” rather than being like, “Let’s just go back to what I can do in my sleep.” 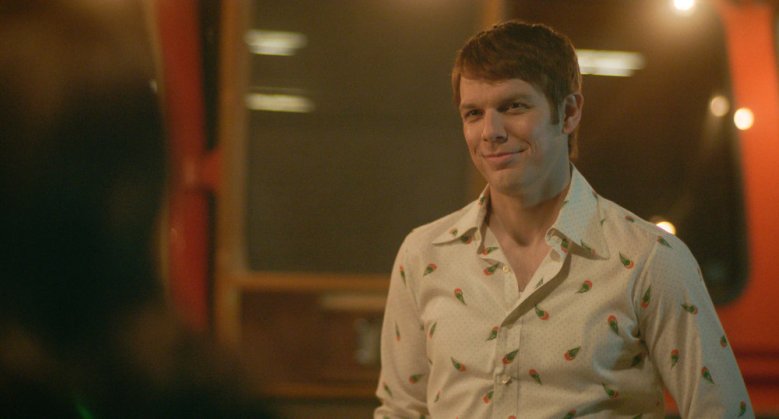 “A Friend of the Family”

What was your research process?

The producers, and Nick, and the writers had a trove of information directly from Jan, including not just timeline stuff, but court documents, investigative files, diary entries and letters. [It was] a whole slew of things that would either be not accessible or would be difficult to find. Things like those diary entries and letters give a real, personal subjective texture to what the experience was. Then Nick would filter some of that to me and say, “I think this would [be] of value.”

[There was] a need to separate Jake’s viewpoint on all of this from Berchtold’s perspective on all of this. There was some trying to understand and digest the elements of Berchtold’s life growing up, where he was from, how he was raised, the family dynamics and things of that nature. So I’m looking at predatory behavior and manipulation tactics. Also reading “Lolita” to have a narrative way into this mindset. Berchtold, his nickname for Jan was Dolly, which is taken directly from “Lolita.” That’s not Nick lifting it, that’s Robert Berchtold taking that as an inside joke to himself, in a way. 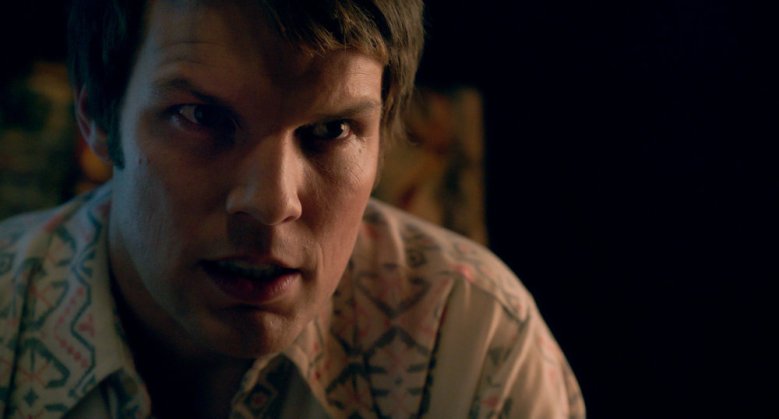 “A Friend of the Family”

You’ve played unlikable characters before but what was the intrigue, for you, of playing a bad guy?

Early on, when we were in rehearsals, Anna [Paquin] asked, “Did you have any pause or were your reps like, ‘Don’t play a pedophile? Don’t do this?’” I didn’t have any pause and, honestly, they didn’t. Nobody was like, “I don’t know if this is the right move.” I think they knew I don’t care about that. I just want to be an actor, and this is great material and a wild story to be a part of. I was like, “As an actor…” and trailed off, and she was like, “You get to do it all.” “Yes, that’s right.” There’s an accent. There’s driving. There’s seduction. There’s violence. There’s layers. It’s great writing.

It’s the guy who is horrifically forcing everyone’s hand, and that is so engaging as an actor, or something new for me at this point, to be the engine behind the story. He’s a horrific individual doing traumatizing things to not just Jan but her entire family and the community. To him he’s a hero, or at least isn’t a villain? He thinks he’s misunderstood. He thinks that other people are closed minded, or he’s operating on another level, or he has discovered something new that nobody understands.

I have an unfair, or a biased, view because of how lovely it was to work on this production. I was hungry for the opportunity to be a considerable role in something because I’ve gotten to see other people be number one and number two on a call sheet and see the level to which they’re involved in the storytelling and setting a tone for a production separate from the acting but as a leader on-set. I’ve seen it done beautifully and I’ve seen it done less than beautifully. We had such a wonderful cast and crew that for me to go, “Yeah, being high up on the call sheet’s a piece of cake,” or “I’m born for this” is so colored.

I can’t imagine what that’s like when you go, “The director and I are butting heads” and “My co-star is a jerk.” All of a sudden you go, “No, man, I don’t want this responsibility. I hate this. I don’t want to be a focal point of this story.” I heard another actor I really admire [who] was asked, “Is it tough to make choices? You do one good guy role and then one bad guy role.” He was like, “No, the choice is so easy. I usually have one or two options in front of me. It’s not like I go into the grocery store and there’s 1,000 projects to choose from. Do you want to do this one that’s good for no money or do you want to do this one that’s not as good for more money?” I just want to keep working on the best material that they’ll let me be a part of, whether that’s some bizarre comedy, or whether that’s a serialized drama or miniseries. Whatever it is [that’s] good material and good people. Maybe that’s a less sexy answer than like, “I want to play a cop.”

“A Friend of the Family” streams Thursdays on Peacock.