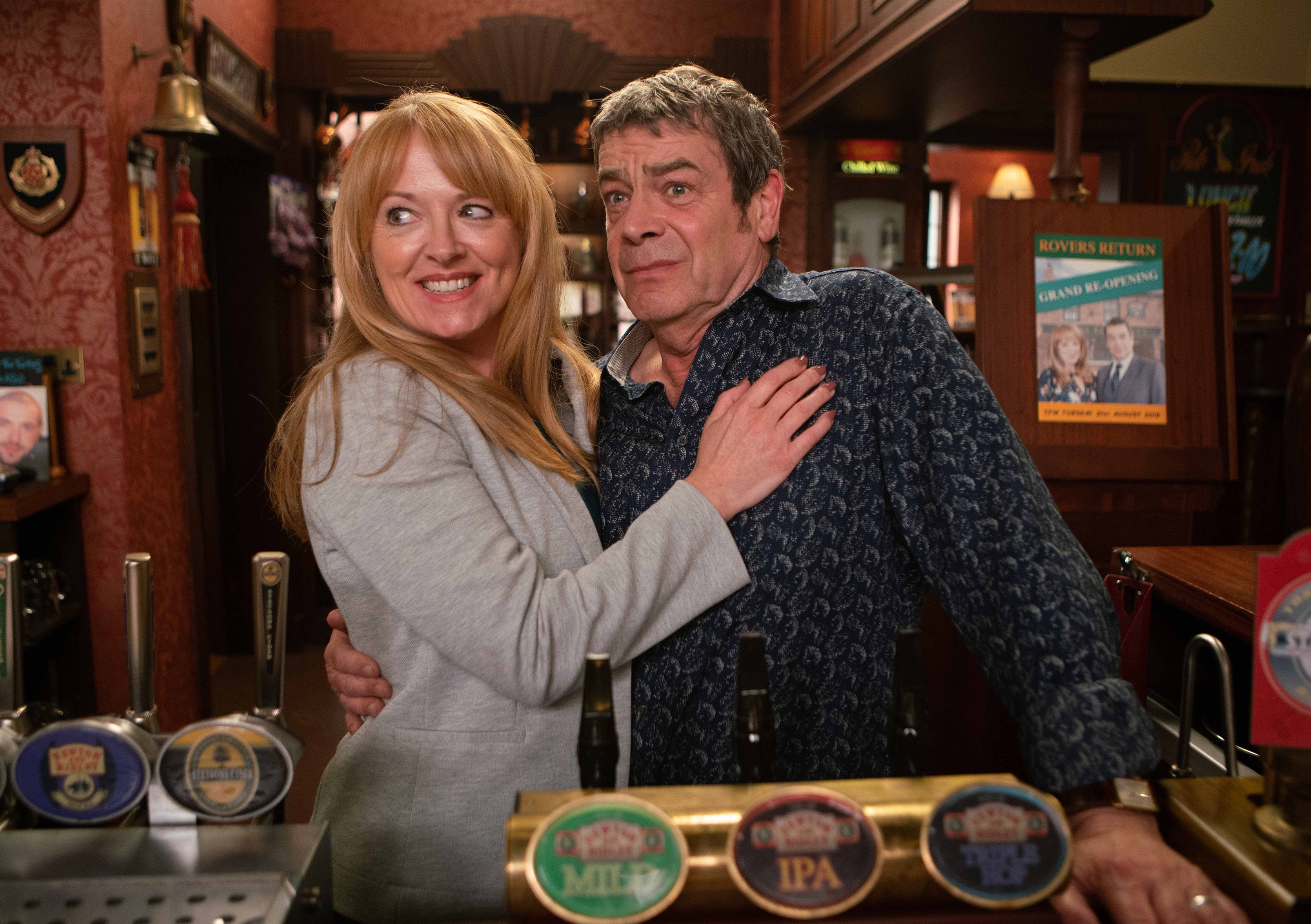 The iconic boozer will go on the market this summer, as Johnny puts it up for sale after he realises that his marriage to Jenny is over.

The reason as to why the landlord makes this decision is not yet known, but with Jenny set to find herself attracted to Ronnie Bailey (Vinta Morgan), could an affair perhaps be on the cards?

That remains to be seen! The other question is: who will take over?

ITV has announced a new Product Placement partnership with Purplebricks, and the tech-led estate agent’s signage will appear on the legendary soap pub this summer, following Johnny’s decision to put it on the market.

This is the first time that ITV has launched a short-term product placement partnership linked to a storyline.

Iain MacLeod – Coronation Street’s Executive Producer – said: ‘The upcoming story around the sale of the Rovers Return stems from something exciting that happens between Jenny and Johnny – but it also led to an exciting opportunity to team up with Purplebricks to sell the nation’s most iconic pub.

‘The presence of a real Purplebricks sign outside adds a little bit of extra realism to a really relatable story between two of our best-loved characters.’