Strictly Come Dancing is well underway and the competition is heating up with all of the celebrities determined to impress the judges and viewers at home. This week, hoping to entertain fans, Jamie Laing and his professional partner Karen Hauer will dance the Samba to Bamboléo. Professional dancer Karen will also make history with her Spanish-Inspired costume, which she will don for the performance.

Costume designer Vicky Gill joined Gethin Jones on It Takes Two on Thursday night to talk through the looks for Saturday’s show.

One outfit which caught the attention of the host was Karen’s Samba look, which was a black suit with white detailing.

Looking at the Spanish inspired suit, Gethin remarked: “There’’s no Paso at the weekend. What’s this?”

“I know, it’s confusing for everyone. This is for Karen,” Vicky revealed. 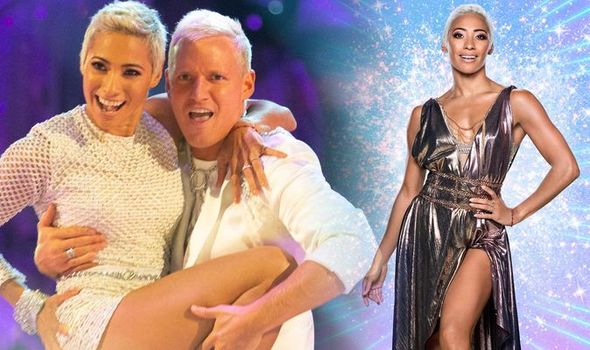 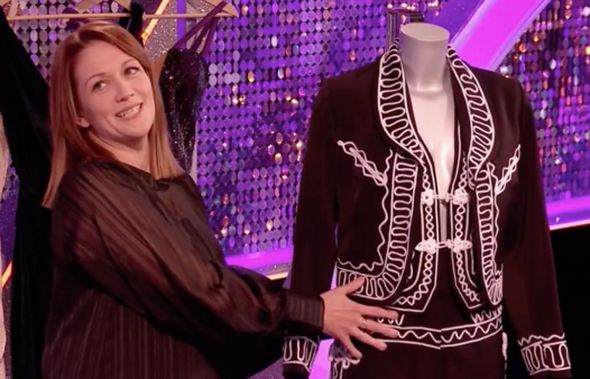 Confused Gethin asked: “For the Samba?”

“Yes!” Vicky excitedly confirmed. “We’ve got lots of Salsa and Samba but this is Samba.

“Karen, I mean she looks fantastic, but loves a trouser so that’s it.”

Gethin probed: “Is that a first for Strictly? A trouser for a Samba.” 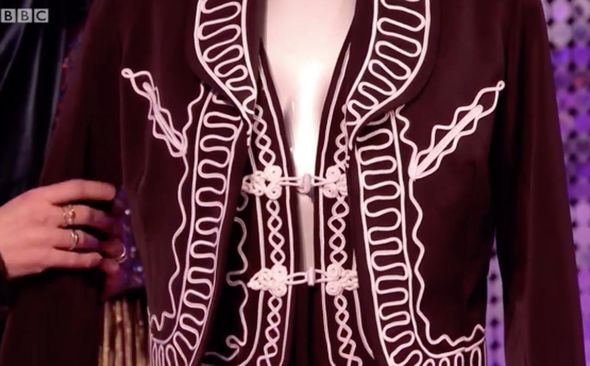 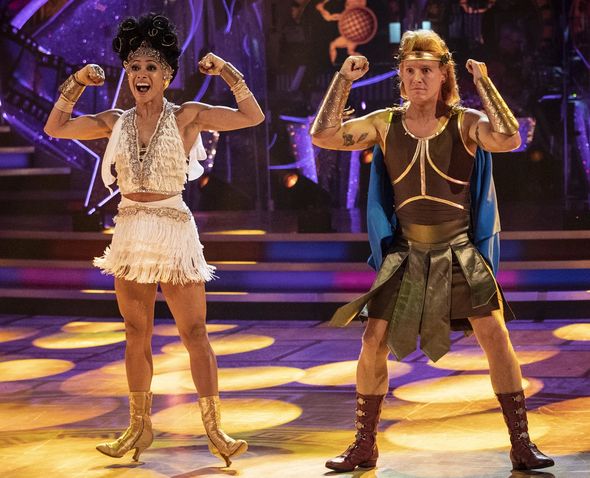 “I think it is,” the costume designer agreed. “Yeah, I’m sure her and Jamie are going to rock it. They’re dressed the same.”

“I saw them the other day and were both wearing blue jumpers and got white/yellow hair. I don’t know what’s going on.”

Vicky turned her attention back to Karen’s outfit, explaining: “Lots of mirroring.

“I’m particularly pleased with how this has turned out so I hope it makes its way to Saturday night.”

The routine landed them their highest score of the series as they were awarded 23 points and they managed to avoid the dance-off.

One of the talking points of their performance was when Jamie dropped Karen at the end of the dance.

Clarifying what happened on It Takes Two earlier in the week, the Made in Chelsea star detailed: “‘What happened was, I’m going to put it out there… we did an incredible dance.

Strictly Come Dancing airs Saturday on BBC One at 7.10pm.