KATY PERRY was one of the biggest stars on the planet before struggling to make an impact with a series of lacklustre tracks over the past few years.

However, superstar DJ Alesso may have offered her the career lifeline she needs. 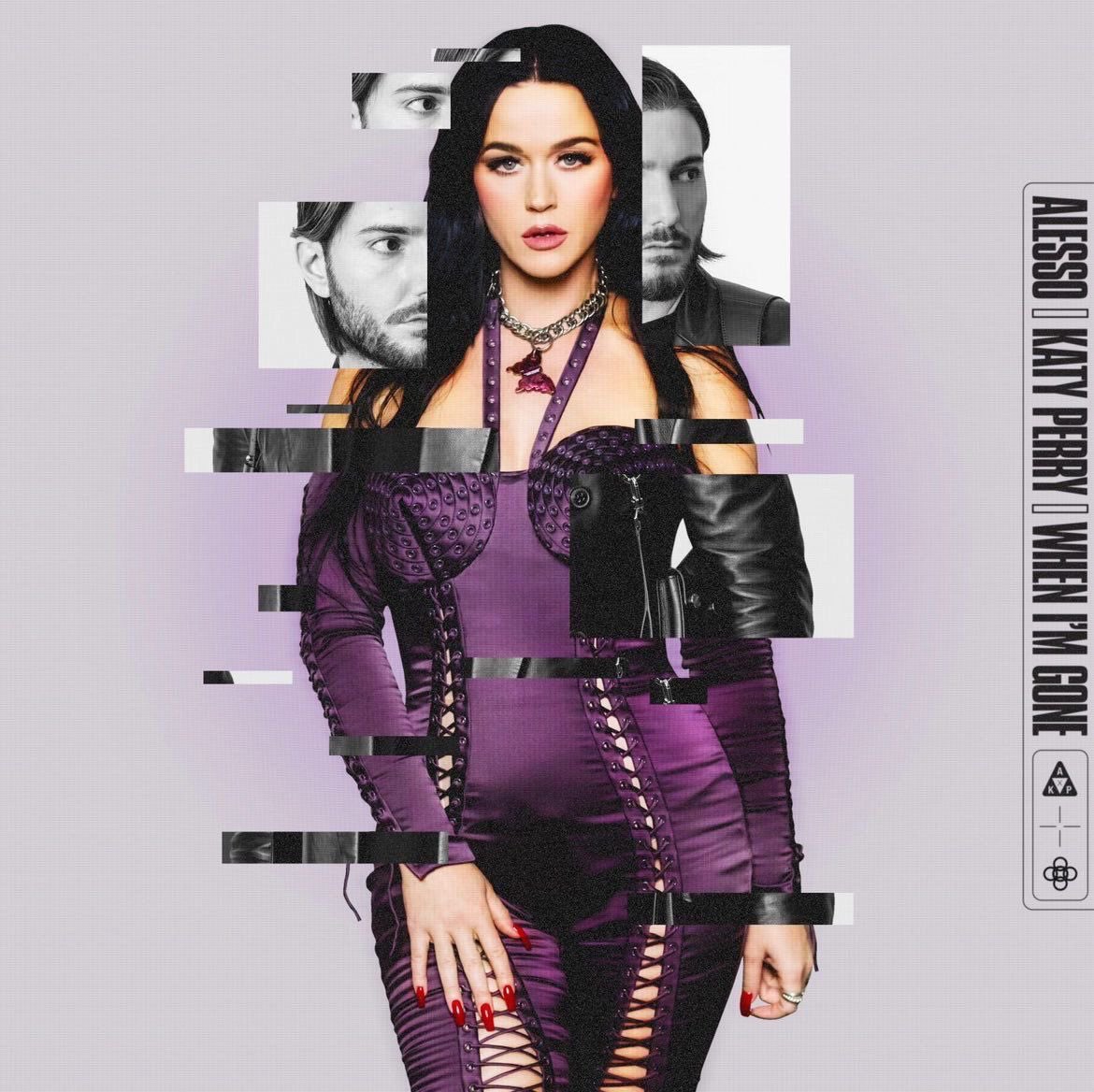 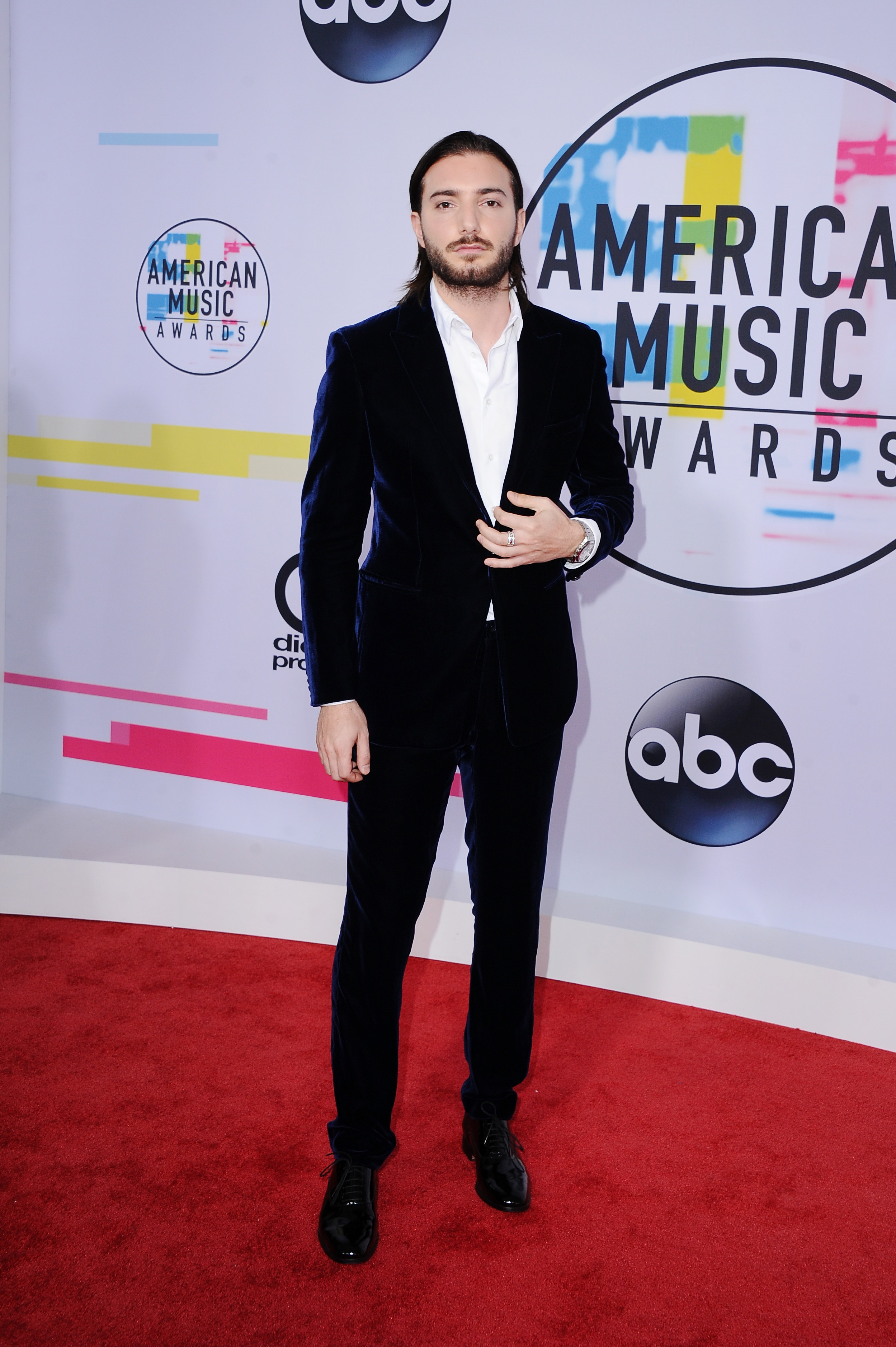 I can exclusively reveal the duo have teamed up for a racy new dance track, When I’m Gone, which reminds me of the glory days of Katy’s California Dreams era.

And from the artwork — which shows her in a sexy purple dress — you can she is still on top form. When I’m Gone is set to be released on December 29 — the same day Katy’s debut casino residency at Las Vegas’ Resorts World kicks off.

During the thumping chorus, Katy sings: “When I am gone I’m never really gone, you think you are moving on but no one is going to feel like . . . ” She continues: “Me on top of you, touch you like I do, no you’ll never forget. You’re chasing the danger, it’s just in your nature. Look for me in strangers, all these pretty faces.

“No one can replace it, I’m always your favourite. Late nights, call on me, call on me. Do anything to keep me close.”

While the single is being handled by Alesso’s camp, it’s expected to appear on the set list of her new residency. My sources also revealed the music video has already been filmed.

They added: “The song is classic Katy and deserves to be a hit. She’s finally back to the dark hair she rocked during the height of her fame. The video has already been filmed and includes a number of looks which could be as iconic as her cupcake bra.”

Over the years Alesso has worked with some of the world’s biggest stars, including Calvin Harris, Liam Payne and Tove Lo.

Hopefully this track will see them both return to the top of the charts.

IF you e wondered just why Maya Jama has been looking so good on Walk The Line – it’s because she’s been splashing out on £600 weekly facials.

The former Radio 1 DJ called on the services of celebrity favourite Shane Cooper to get her skin into tip-top condition to present the ITV series created by Simon Cowell. 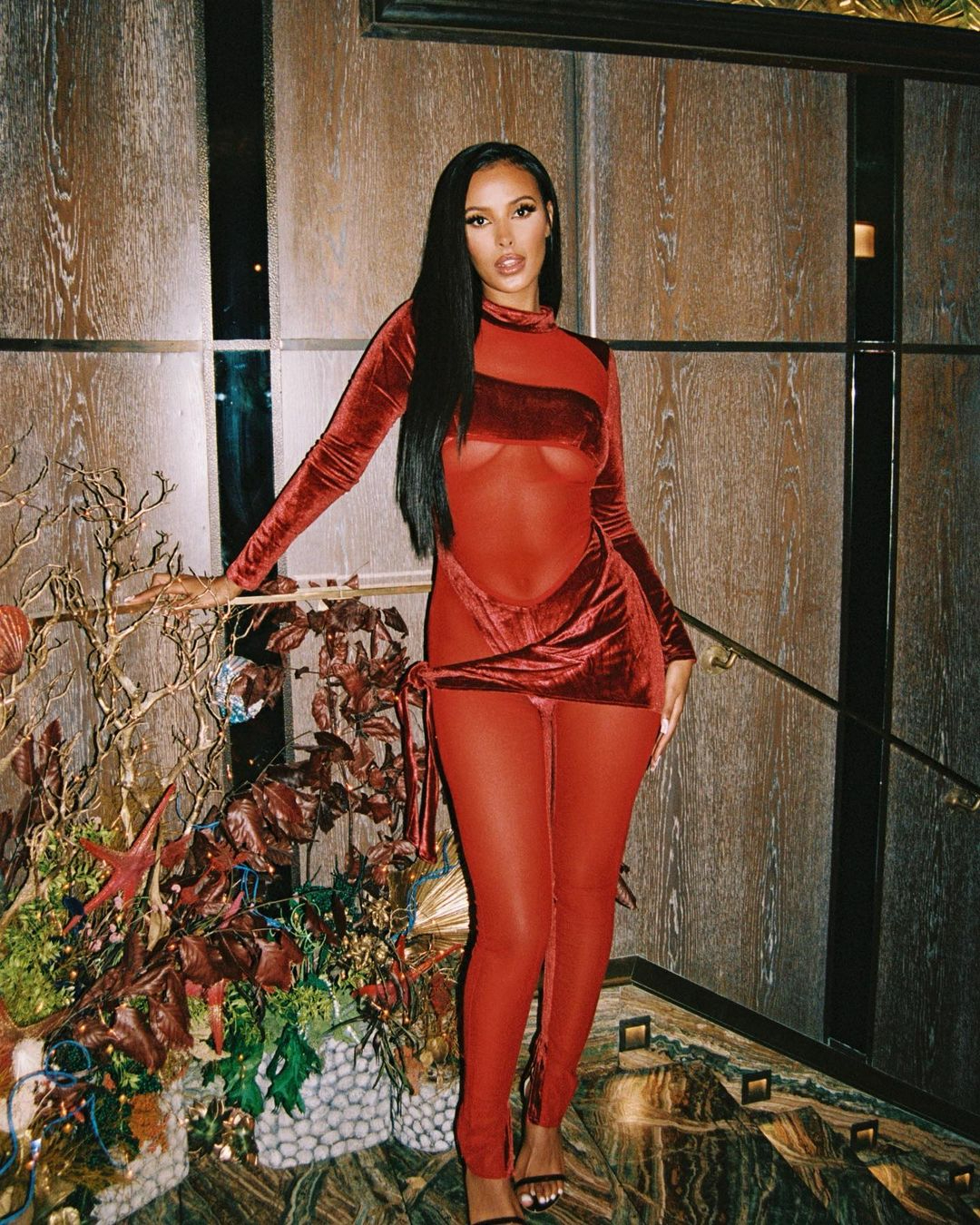 A source said: “Maya is glowing and it’s all thanks to Shane. It’s an expensive treatment – but when you look that good it’s worth every penny.

“People have joked that it won’t be long until Simon Cowell is knocking at Shane’s door asking to be booked in.”

KYLIE MINOGUE and Olly Alexander reunited again after they struck up a close friendship following their work on song A Second To Midnight.

The pair got together to surprise 50 superfans in London at an exclusive event called Secret Socials with Hilton. 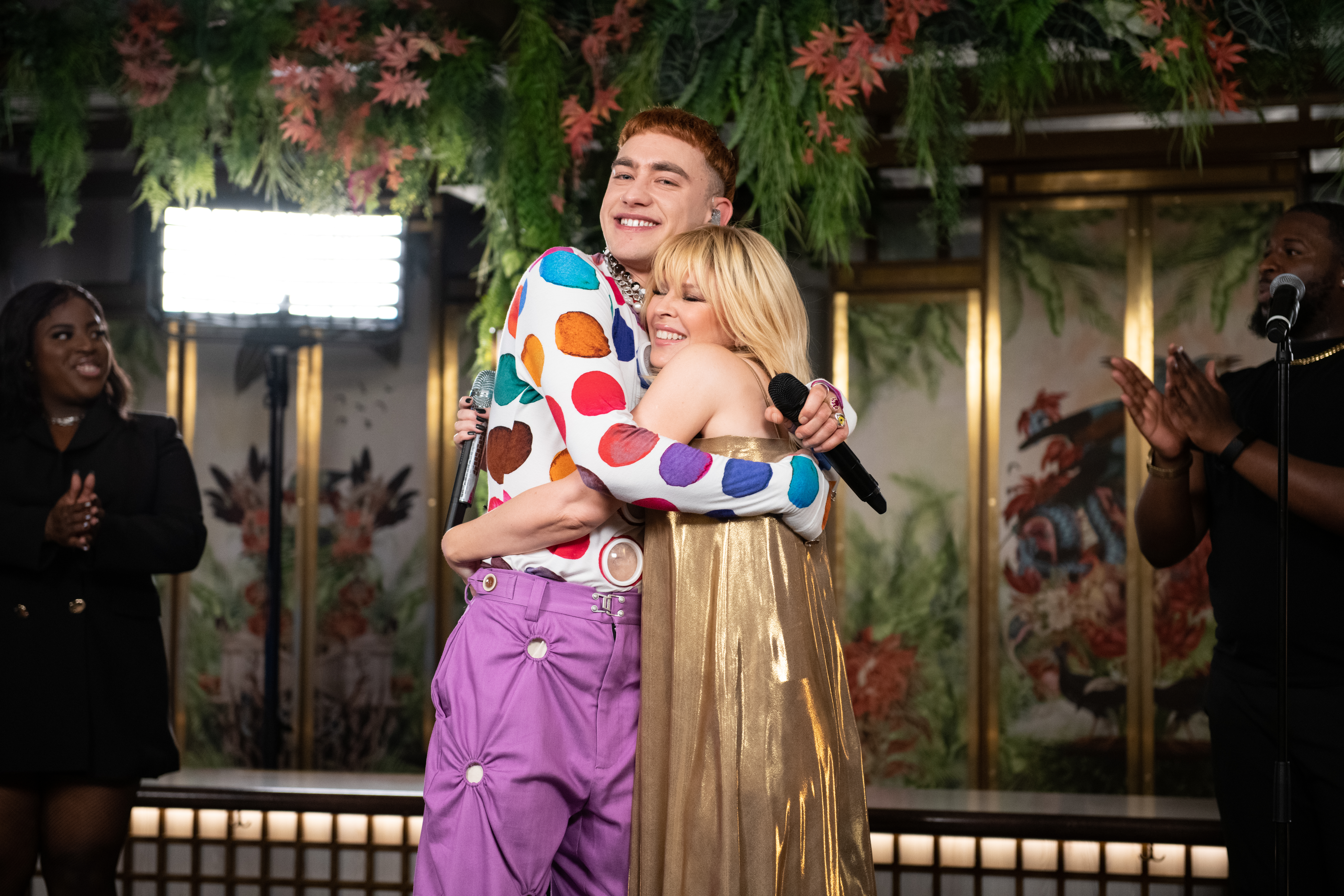 Ahead of the gig, when Olly belted out YEARS & YEARS hits including new single Sweet Talker, they interviewed each other.

After Olly praised Kylie for making sure her music was inclusive, she told him: “I didn’t set out to do that, it is just naturally how I feel. There is so much talk about inclusivity, and I felt I always had that from the beginning. There has never been any judgment.”

IT’S been a decade since Scarlett Johansson made her debut in the Marvel Cinematic Universe – for Iron Man 2.

And following her latest outing in Black Widow, the actress has hinted she could move behind the cameras on the franchise.

Scarlett told website Collider: “I have worked for 30 years, which is insane when I say it out loud. I think I understand the efficiency of how productions run and how you thin the fat on a production and make things well-oiled.

“Just working with people – who want to be there and want to creatively contribute to the same kind of idea and building that kind of creative family – is something I’m really excited about as I produce more and more things for other people.”

Puppy love for Jade and Jord

She revealed they were not quite ready to start a family, like her Little Mix bandmates Leigh-Anne Pinnock and Perrie Edwards – but that their relationship would stand the test of time. 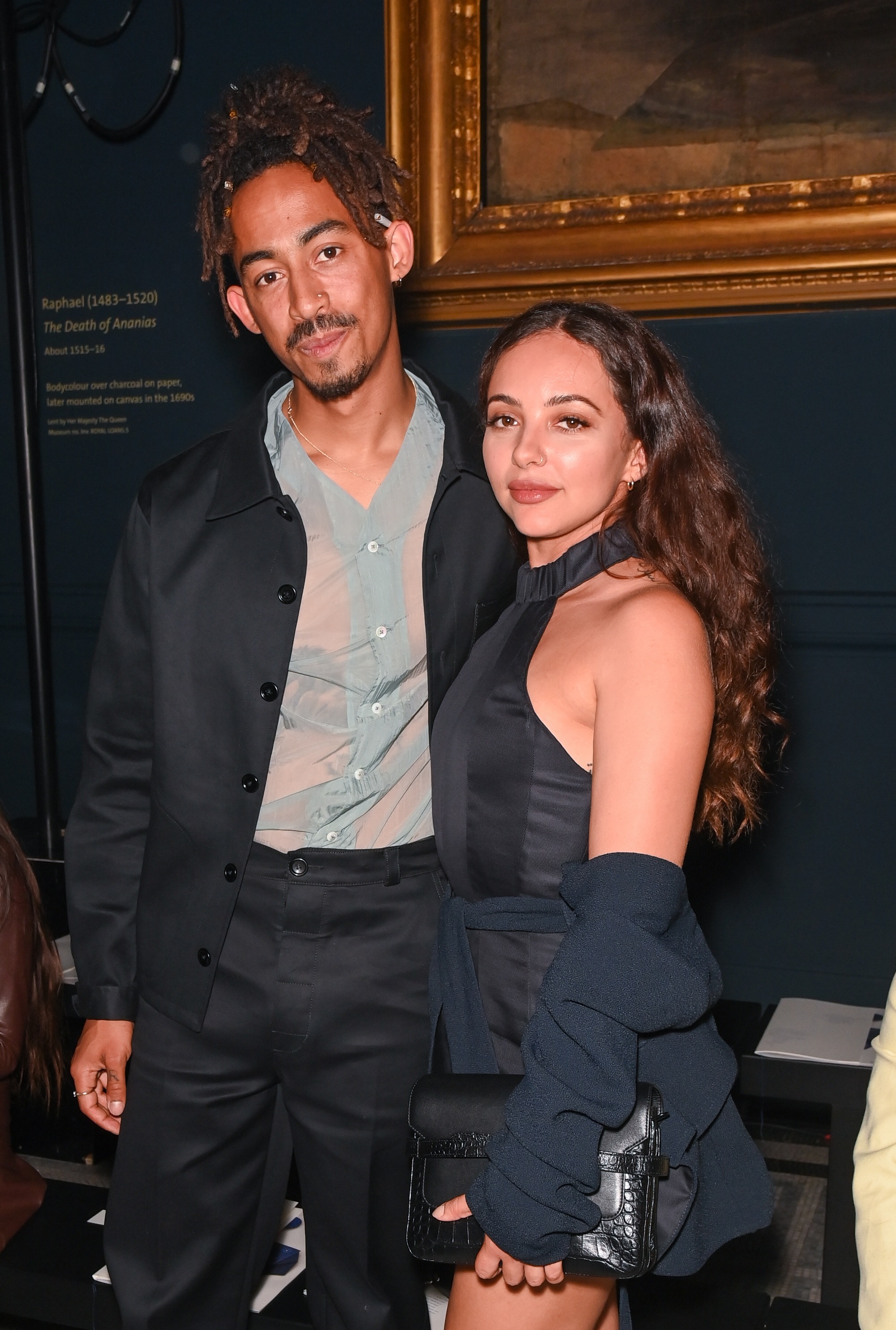 She said: “Jordan is obviously a huge part of the next chapter. We’ve got two dogs now so while I’m not having a baby, I feel like I am progressing. I just feel like the older I get, the more chapters of my story I’m getting through.”

And recalling the time she met Jordan, Jade told the World From My Window podcast: “He just waltzed into my life like a tornado. I was like, ‘Oh, f**k me, who is this person?’ And he’s stuck ever since.”

SINGER ELLA HENDERSON has got ED SHEERAN in her sights for a collaboration.

In an exclusive chat about her next album, she said: “I love Ed. He’s a really good friend. I’d love to do something with him, or even just write a song with him for my album one day.”

I’m sure that dream will become a reality, Ella.

IDRIS IS ACE OF CLUBS

I REVEALED how Idris Elba earned £85,000 a week last year thanks to his roles in a series of major films that came out in 2021.

But the Luther star is still as down to earth as they come. A video of the actor helping a group of lads get into Club 49 in London’s Soho has gone viral after they showed their appreciation.

They had been refused entry but after Idris saw what had happened, he sweet-talked the bouncer into letting the lads inside before offering to buy them a table.

One of the group posted the video online with the caption: “We got rejected but when Idris stepped in we got accepted. Big up the legend himself’.” We all need to know a man like Idris.

RITA IS REGGAE FOR ACTION WITH SEAN

The singer, who is about to embark on a UK arena tour in April, said: “We recorded a reggae song together. It is unconventional for her to do – I have never heard her on a reggae song before. She sounds dope on it. 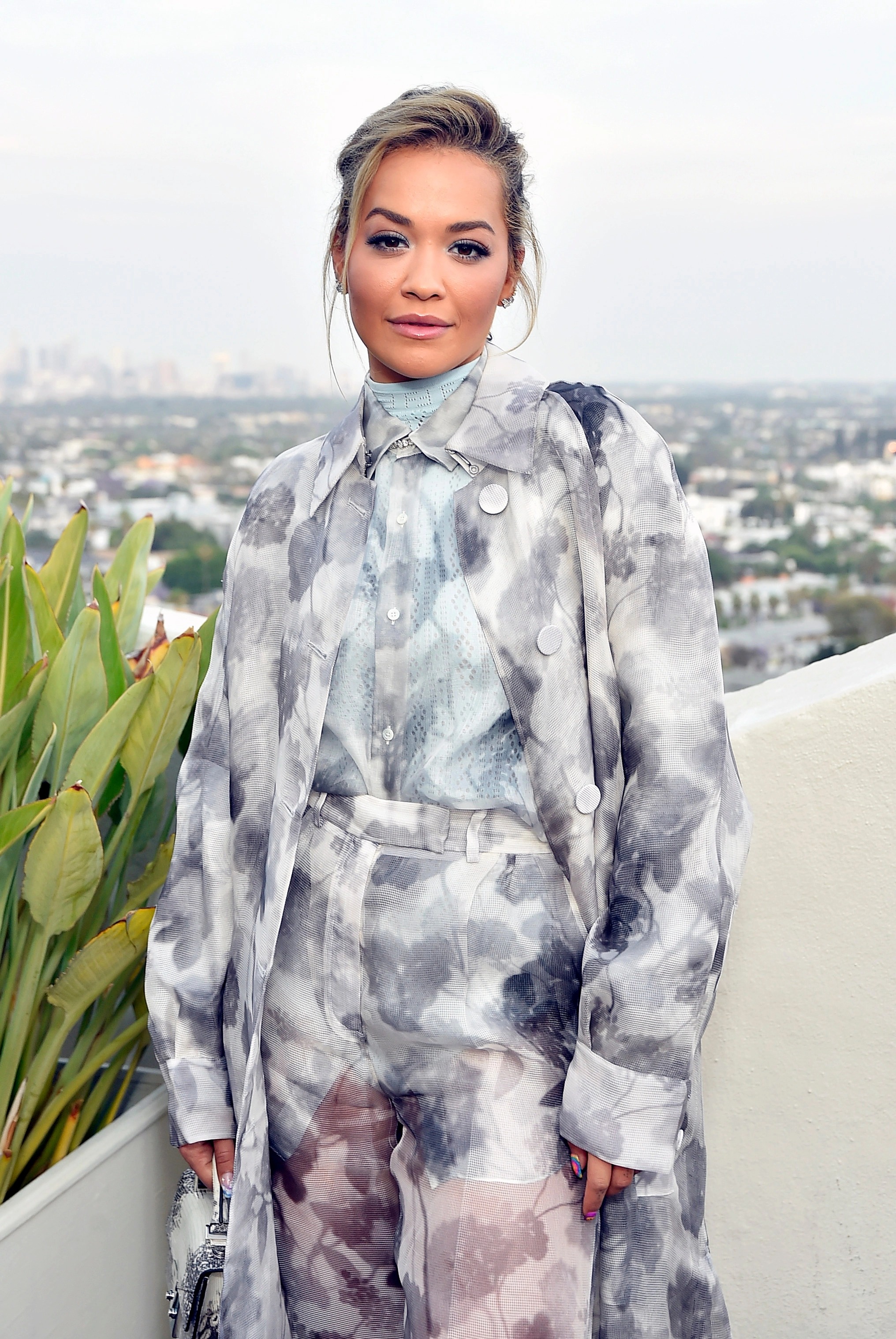 “I think it would really make a difference if we released it one day. It’s not on my next album but I do hope we can put it out. For me a reggae song like that is a classic, especially with someone who is that big in the pop world who has never done reggae before. She killed it.”

Rita initially recorded Sean’s 2020 single Calling On Me before passing up on the song, which Swedish pop star Tove Lo went on to record with him.

She has made no secret of her admiration for Sean, even bringing him on stage at her debut headline show at London’s O2 Arena in 2019. She is currently flying up the charts thanks to her new single, Follow Me, with Dutch DJ Sam Feldt.

I revealed last week how Rita felt connected to the track after a rocky time in the spotlight, personally and professionally. She told me: “This song serves as a reminder for us to surround ourselves with people who build us up and stay by our side, especially in times when we feel things are falling apart.”

A VEST worn by Kanye West at a listening party for his album Donda sold for £56,000.

It’s adorned with the name of the record and has a signature from the rapper. The vest, which Kanye had given to a security guard, was originally sold for £15,000, before being put up for auction again.

AL WAS AD ON TV EDIT

COMIC Alan Carr was mortified when ITV edited out the moments before millions saw him singing on stage for pal Adele during her Audience With show.

The superstar singer performed at the London Palladium in front of an audience of family, friends, fans and celebrities in the show broadcast on television last month. 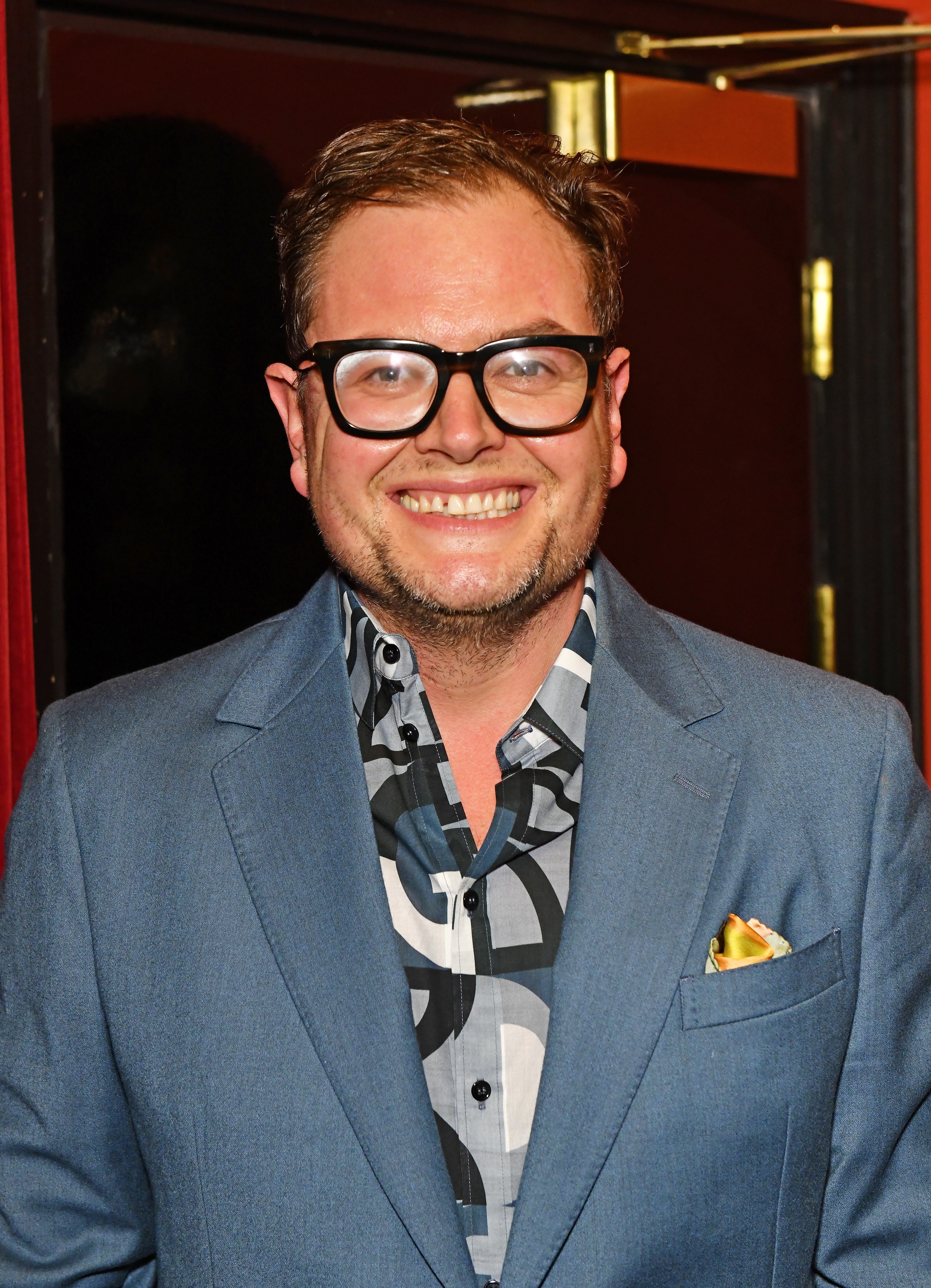 He told Zoe Ball on the Radio 2 Breakfast Show yesterday: “When I watched it back, I was horrified because they’d cut out the first five minutes of me going, ‘No Adele, ask someone else, please not me.’

“And then of course in the edit, I’m jumping up like a rat up a drainpipe, like one of these X Factor starlet wannabes.”

He added: “People said it was such a set-up, but you’d think I would learn the words if I was going to sing at The Palladium with one of the biggest stars in the world. My phone just exploded when it happened.”

RISING stars Kawala finally returned to the stage for their homecoming gig – with one of their biggest fans in the audience.

Sam Smith has raved about the London-based five-piece, who had to move their sold-out show a number of times because of the pandemic, and he was in the crowd to watch them play in Kentish Town.

Sam posted on Instagram after the concert: “First gig in nearly two years – Kawala you are amazing. What a joy to see you kill it in your home town.”

Their debut studio album, Better With You, is out on March 4 and I’ve a feeling big things are coming.