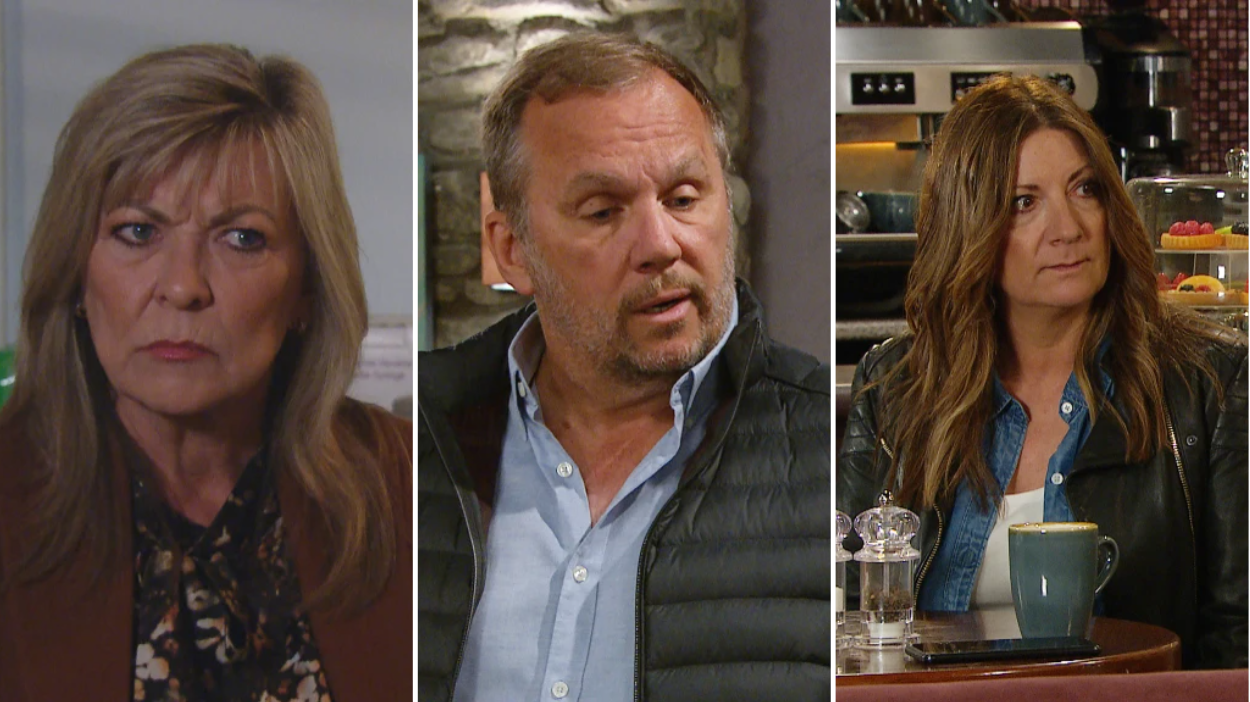 There’s trouble in paradise – or Home Farm as it’s known in Emmerdale – when tensions simmer ahead of Will (Dean Andrews) and Kim (Claire King)’s wedding – and Harriet (Katherine Dow Blyton) is right in the middle of things.

With Dawn (Olivia Bromley) angry at Kim’s attitude to Clemmie (Mabel Addison) after Millie (Willow Bell) lied that Clemmie had bitten her, Dawn, Billy (Jay Kontzle), Lucas (Noah Ryan Aspinall) and Clemmie all moved back in with Harriet.

Meanwhile, Harriet is harbouring a secret – she’s in love with Will. As she struggles to contain her feelings, Will is struggling with his own feelings of resentment at Kim being the reason that his daughter’s family have moved out of Home Farm. Will’s also upset when Dawn tells him she won’t be coming to his wedding to Kim.

This all makes Will wonder whether he’s doing the right thing by marrying Kim. Will he lose Dawn for good if he goes ahead?

Kim is furious that Harriet has been interfering in her relationship and goes to give her a Kim Tate-style warning. This leads Harriet to tell Will that Kim has been threatening her, and she tells him she loves him.

As Kim starts to change the wedding guest list to exclude people she’s fallen out with, Will begins to wonder what he saw in her in the first place.

Will he decide that Harriet is the woman for him after all?

And how might Kim react if that was to happen? Katherine Dow Blyton hinted to us that it could go badly wrong for Harriet:

‘She’s really playing with fire there, but it’s last chance saloon. She’s got to make her feelings known before he walks down the aisle. There’ll be fireworks. More fireworks!’