THIS year's Met Gala has seen some weird and wonderful fashion statements – and the afterparties have been no different.

Kim Kardashian transformed herself into a living doll complete with a glittery wig whilst Katy Perry opted to dress as a hamburger. 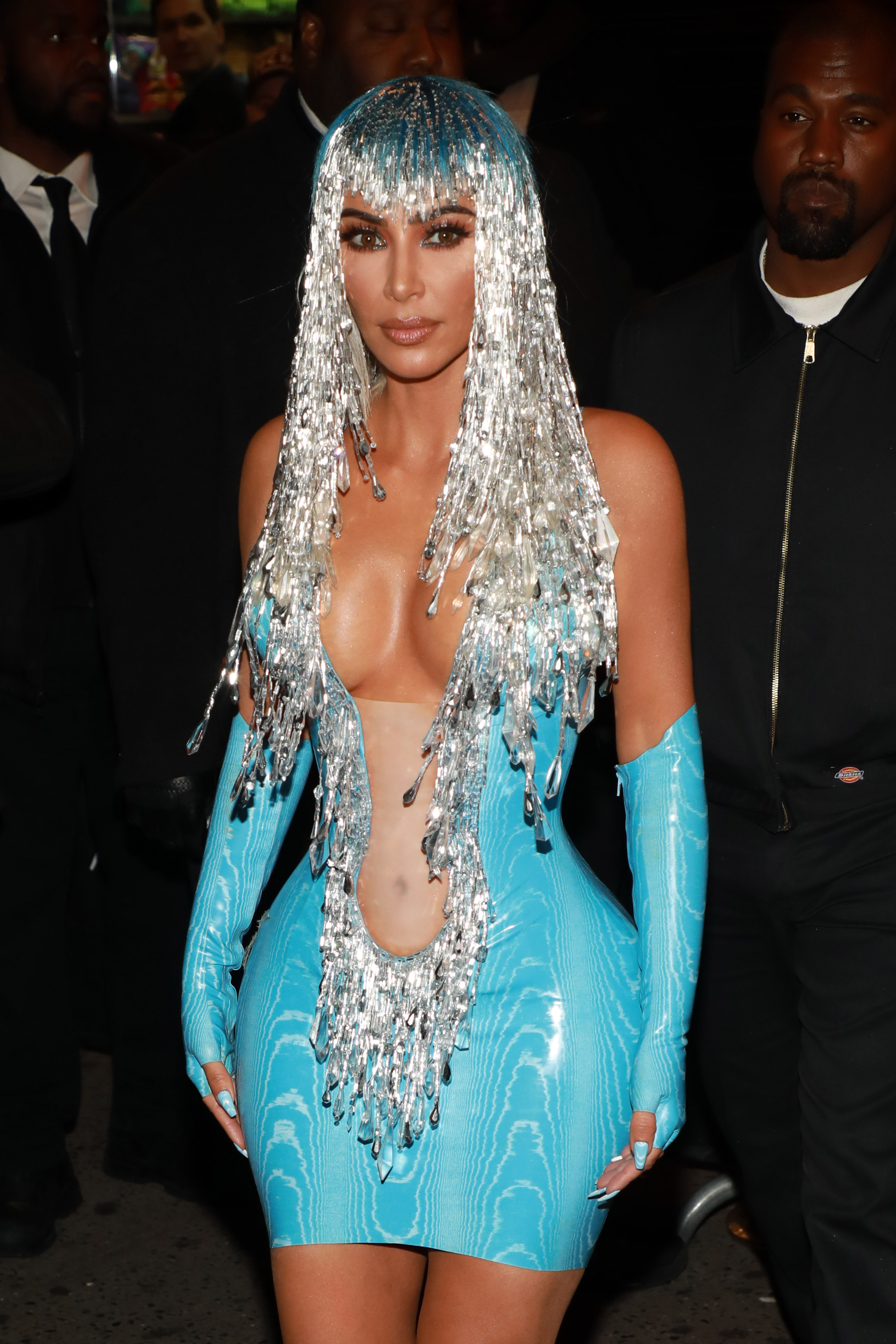 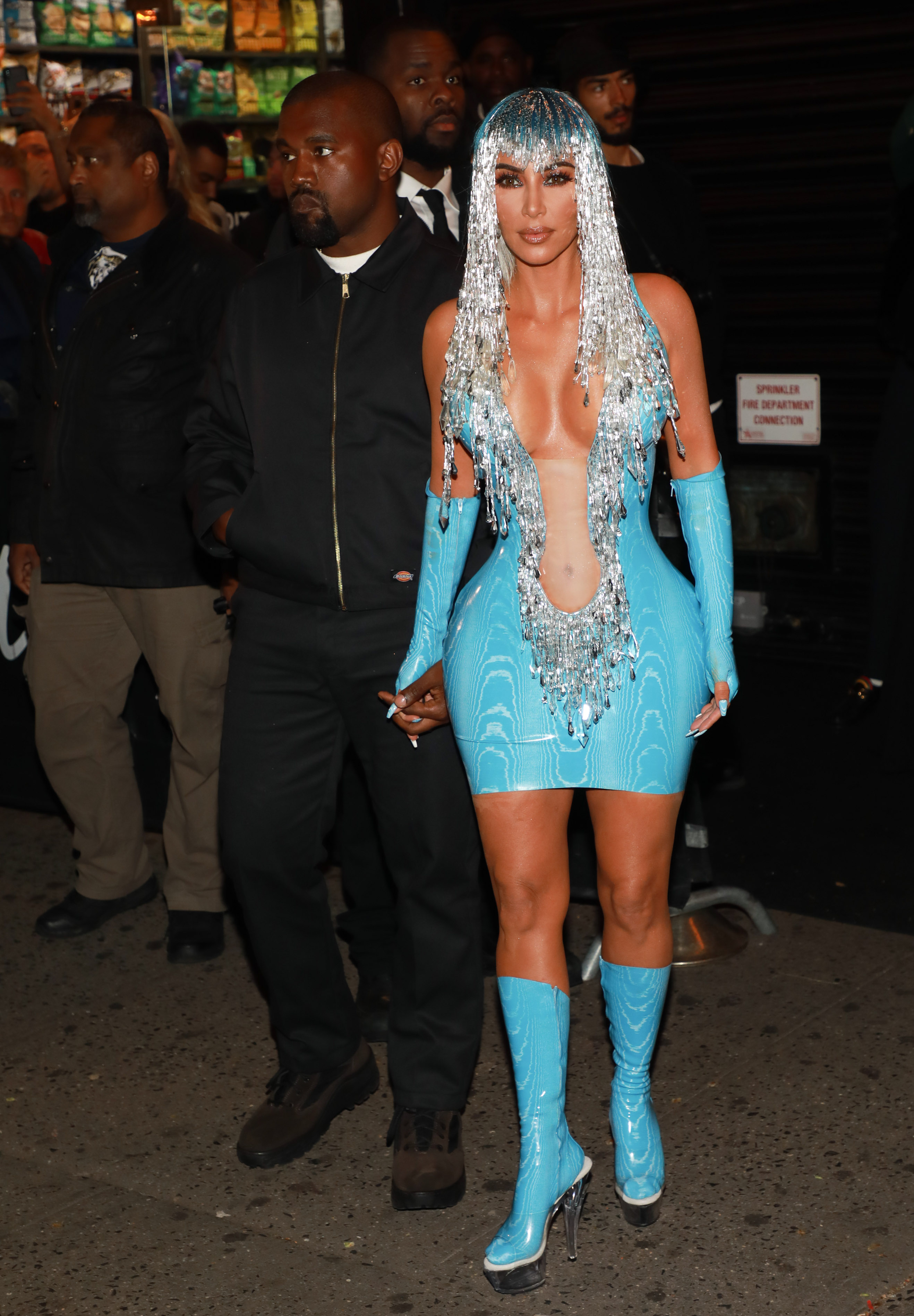 Arriving in New York for her post-gala bash, Kim, 38, dressed up in a revealing blue mini latex dress with matching boots and a silver tinsel wig.

She told E! News that designer Thierry 'envisioned me a California girl stepping out of the ocean dripping' for her Met Gala look, adding that the look was 'eight months in the making.'

She continued: 'This is the first time in 20 years Mr. Mugler has designed for the House of Mugler,' calling it an 'honor' for him to design it for her. 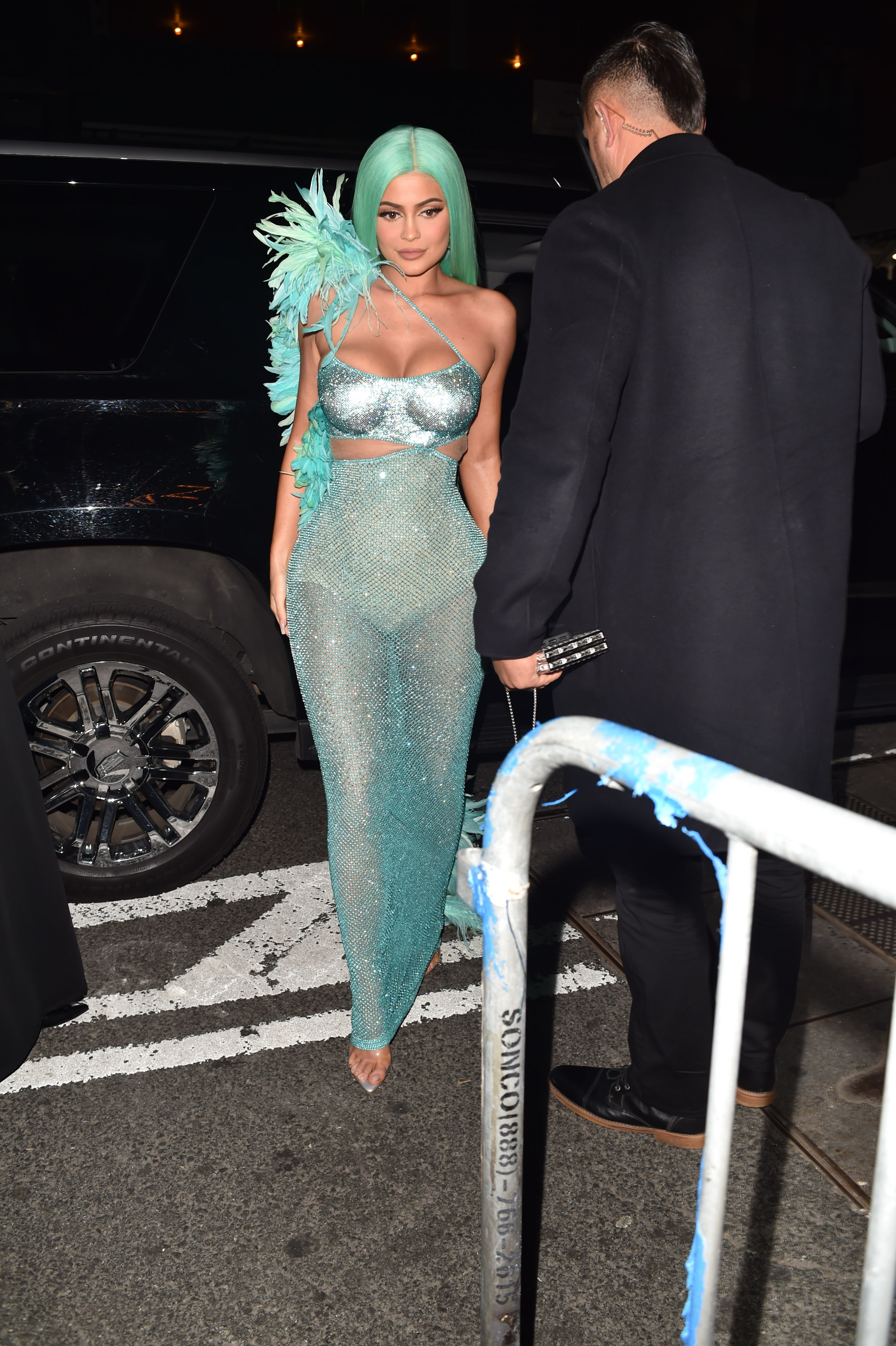 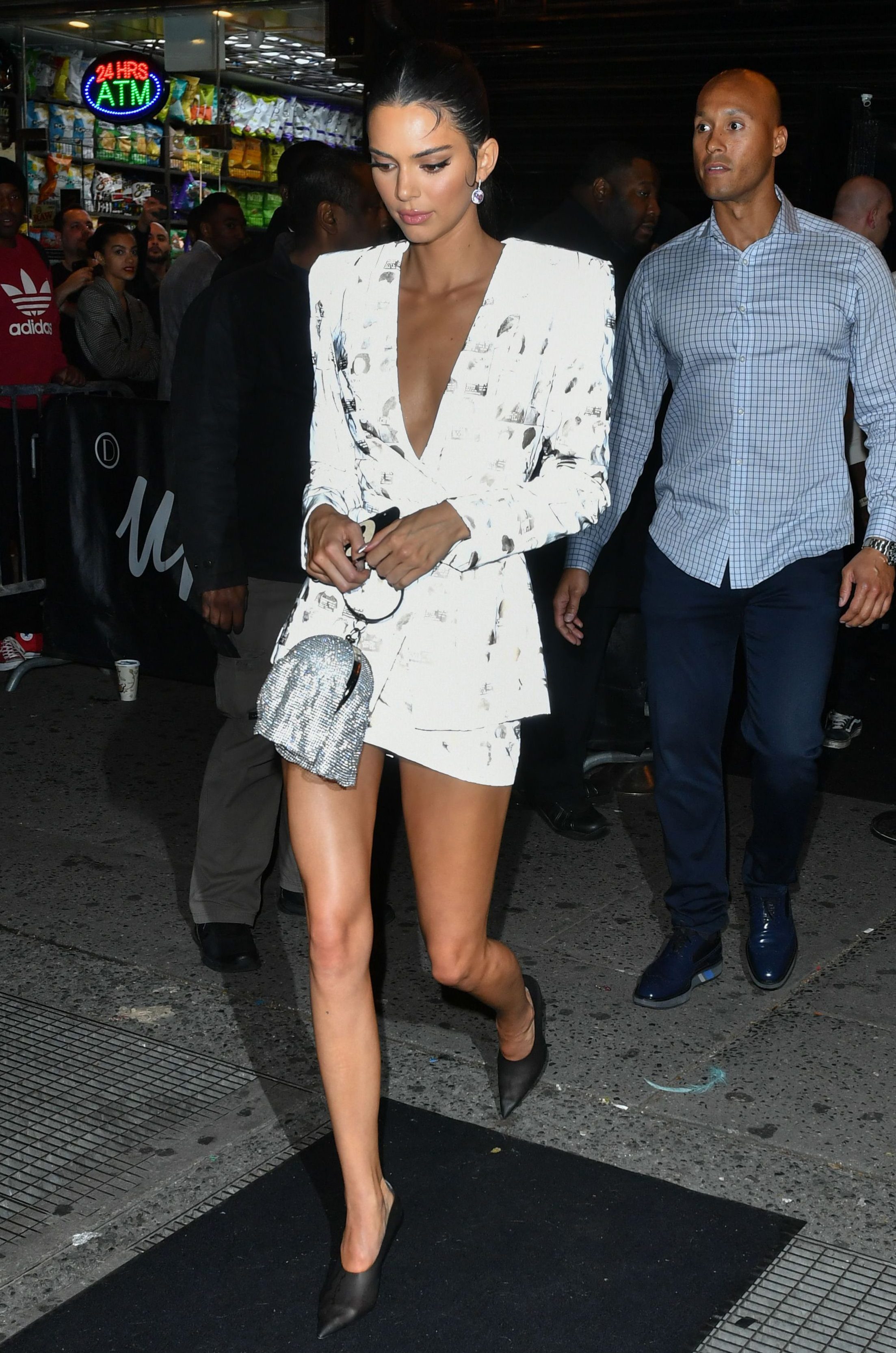 Never one to shy away from crazy outfit choices, singer Katy Perry turned up to the bash dressed as a hamburger.

The 34, who is engaged to actor Orlando Bloom, wore a Moschino-designed larger-than-life burger costume, complete with burger shoes and a sequined head scarf.

Singer Celine Dion, 51 – who wore a gold tasselled dress – was on hand to help Katy walk past waiting photographers and fans.

Earlier, Katy had bemused fans as she arrived on the pink Gala carpet dressed as a chandelier. 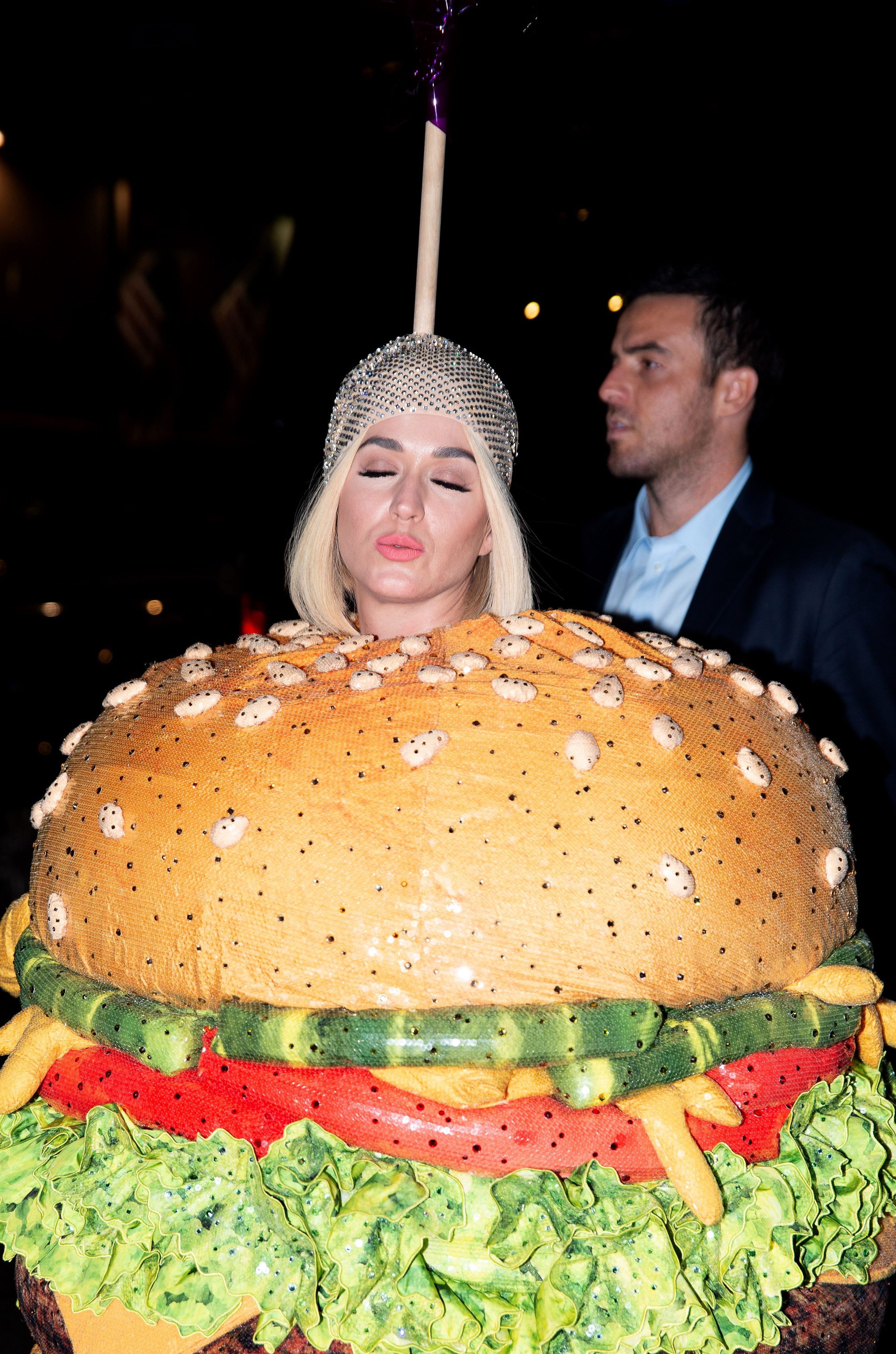 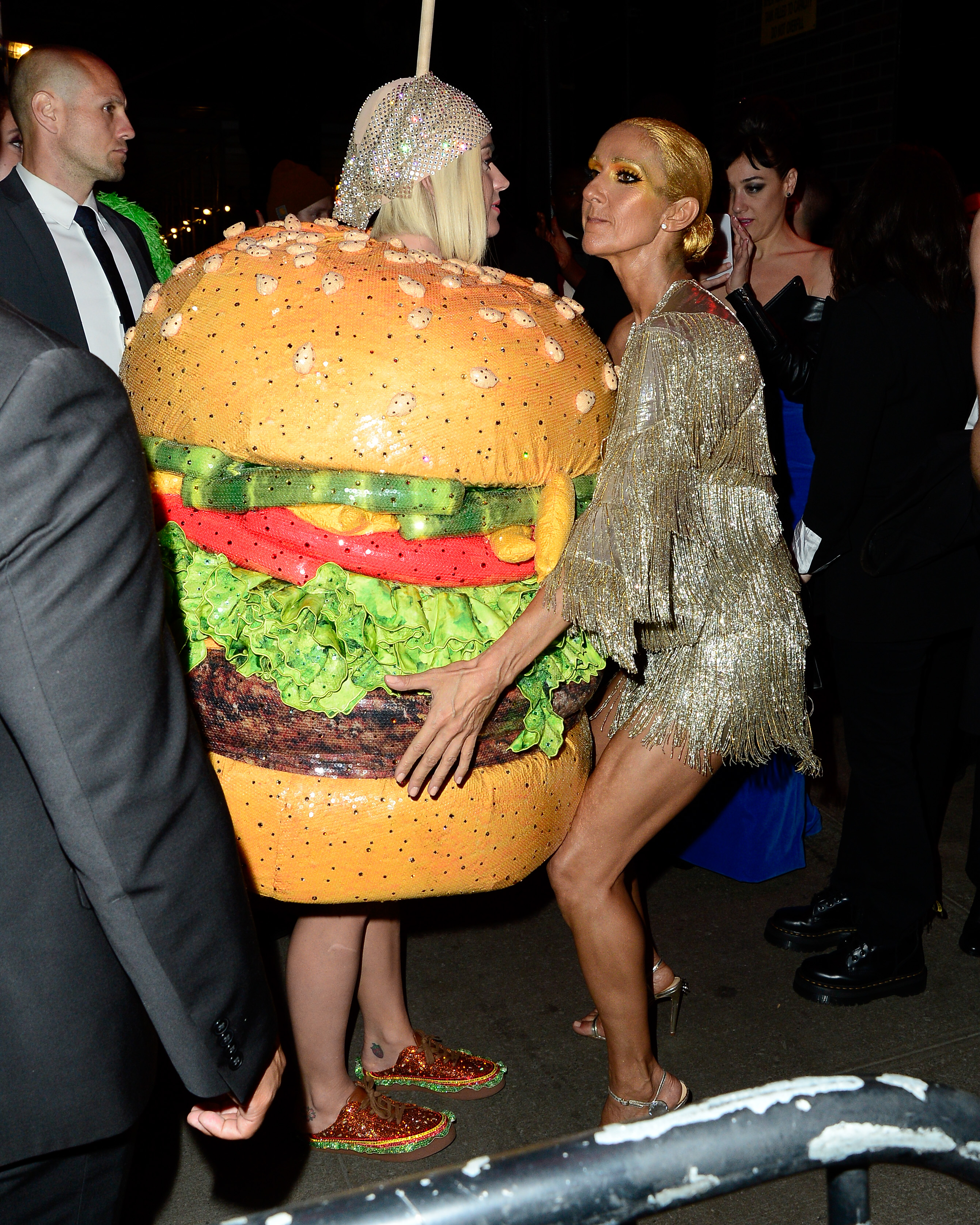 The pop princess appeared to pay tribute to her favourite Disney film Beauty & The Beast with a bejewelled mini dress and chandelier head piece.

The bizarre outfit even came  complete with an electric-lit headdress. 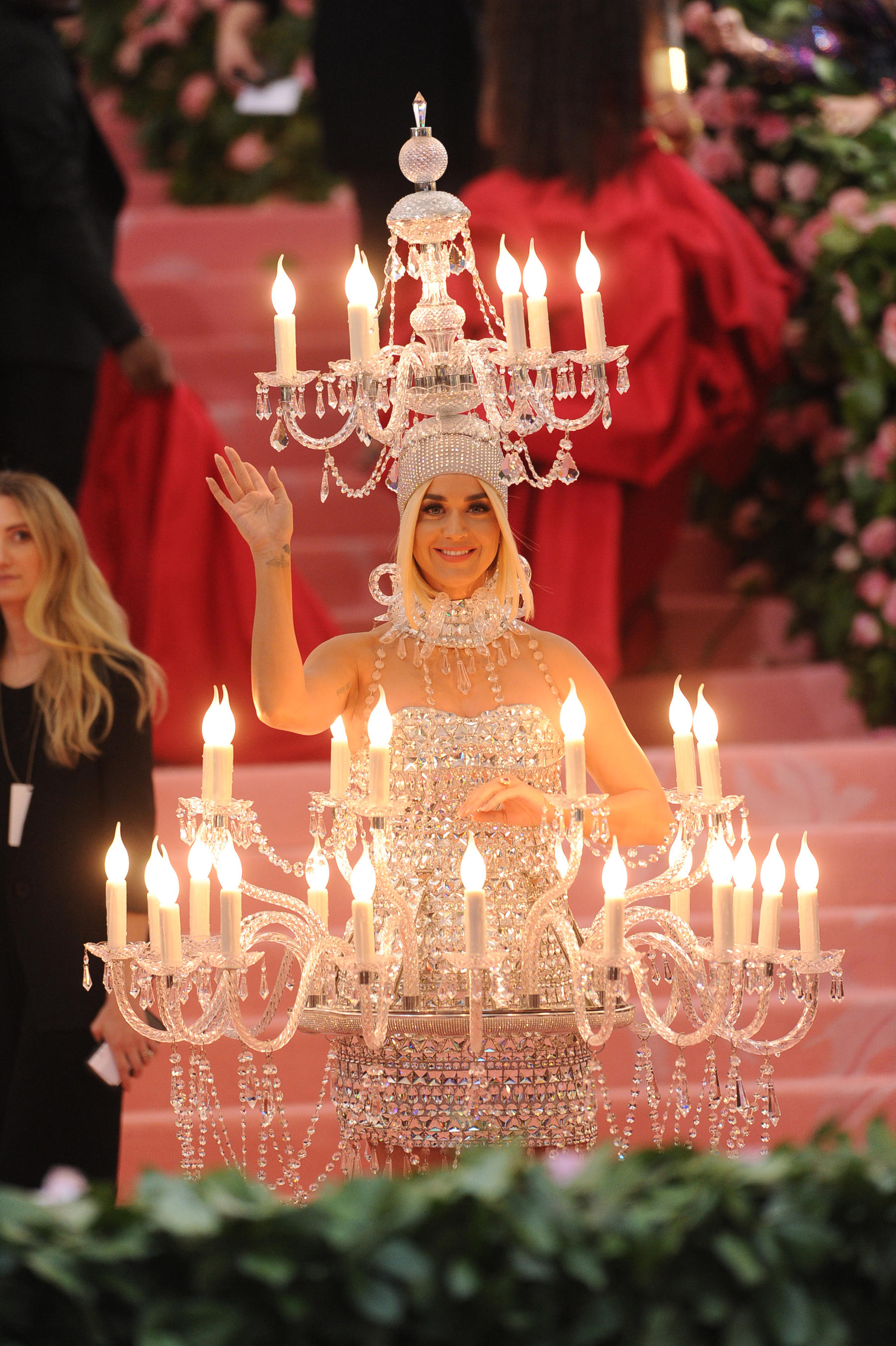