Kristen Stewart Transforms into Princess Diana with a ’90s Bob

Our collection of “Kristen Stewart as Princess Diana” photos continues to grow with the latest sighting of the actress filming her movie Spencer.

Wearing a fluffy, shoulder-length blonde bob; a checkered waist-tie coat; a cream-colored turtleneck; and black pants, Stewart channeled the Princess of Wales on set in Dülmen, Germany. This marks Stewart’s latest appearance as the late royal, showcasing more of her signature ’90s style in previous looks including a vintage Chanel jacket and a retro plaid outfit. 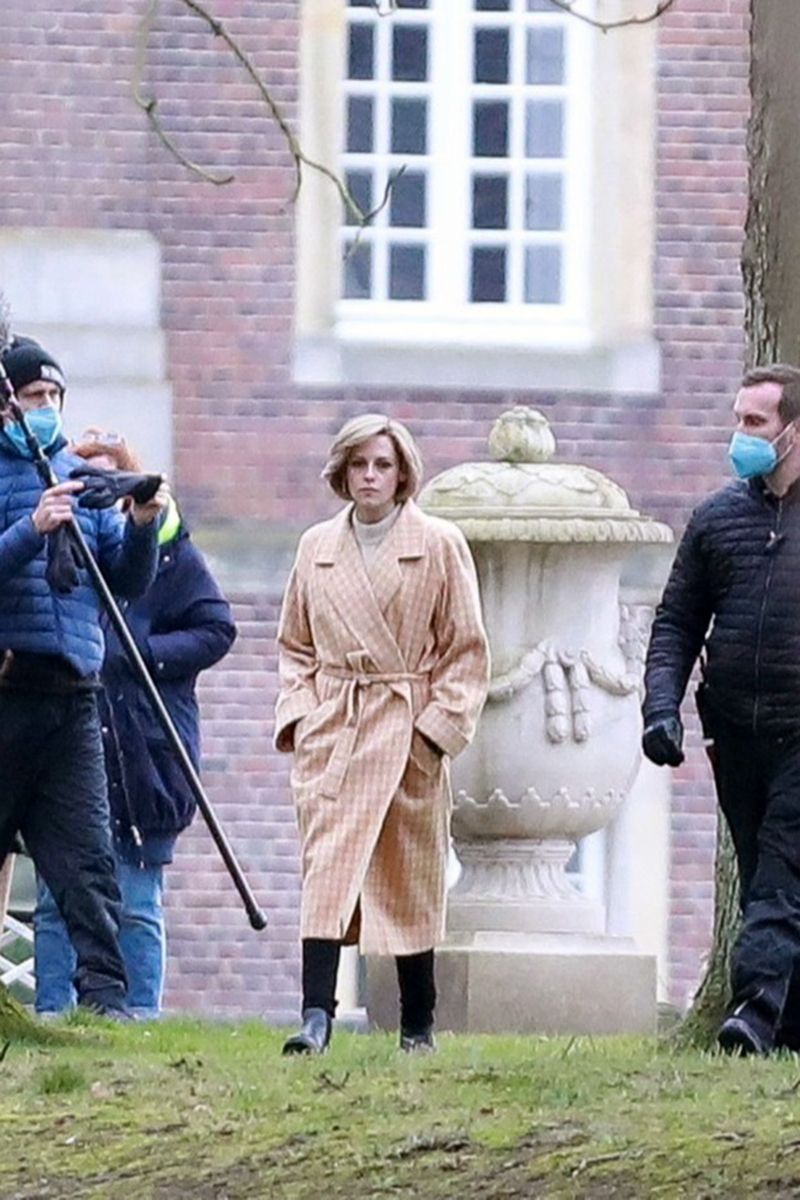 Spencer, directed by Pablo Larraín and titled after Diana’s maiden name, follows Princess Di over the course of a weekend with the royal family at Sandringham, when she and husband Prince Charles decide to separate. Historically, the couple announced their separation in 1992 and formalized their divorce in 1996.

The film will be an “emotional imagining of who Diana was at a pivotal turning point in her life,” Stewart previously announced in a statement. “It is a physical assertion of the sum of her parts, which starts with her given name; Spencer. It is a harrowing effort for her to return to herself, as Diana strives to hold onto what the name Spencer means to her.”

The Internet is fondly remembering Diana, as well as recalling her own personal turmoil with the monarchy, in the wake of her son Prince Harry and daughter-in-law Duchess Meghan’s revealing interview with Oprah Winfrey on Sunday. Harry even said he thinks that his mother “would feel very angry” and “very sad” with how their stepping back as royals has panned out. He added, “I think she saw it coming. I certainly felt her presence throughout this whole process.”