'Laverne & Shirley': Cindy Williams Revealed the Career She Planned on Before Acting

Penny Marshall and Cindy Williams skyrocketed to stardom when Laverne & Shirley premiered in 1976. After appearing on the popular sitcom Happy Days, Marshall and Williams were given their own spinoff show as single besties Laverne DeFazio and Shirley Feeney. Though Williams was clearly a gifted comedian, she revealed that acting was not her first choice of occupations.

Penny Marshall and Cindy Williams were a hit on ‘Happy Days’

Marshall and Williams first appeared as Laverne and Shirley on season three of Happy Days in 1975. “A Date with Fonzie” featured the girls on a date with Richie Cunningham and the Fonz, which resulted in television gold.

“Two weeks later we got a call from [show creator] Garry [Marshall’s] office and they said that ABC had seen the episode and loved it, and they wanted to ‘spin the characters off,’” Williams told Allison Kugel on her podcast, Allison Interviews. “At that time Penny and I had no idea what that meant and it had to be explained to us that it meant we were getting our own show.”

Williams explained how she and Marshall barely had time to catch their breath before they were headlining their own sitcom.

“Before we knew it, we were doing other episodes on Happy Days to introduce our characters and then we had the Happy Days characters have their storylines come over to Laverne & Shirley,” she said. “That is how it all came about. It happened so fast. Penny and I had no time to say, ‘Wow, this is really happening!’ We never really took it seriously.”

During the interview, Williams revealed that she intended on going into nursing as her profession but got sidetracked into acting. She clearly feels that she is right where she is supposed to be.

“I wasn’t meant to be a nurse,” Williams remarked. “I was meant to do exactly what I did. That was my service. That is what God sent me here to do. That’s why he didn’t give me an academic brain, because if He did, I would have been a nurse.”

The Laverne & Shirley alum ultimately realized that she gravitated more towards the arts than biology.

“There are no Ifs, Ands, or Buts about it,” Williams said. “I would have gone into the medical profession, but he made me not too smart in biology, and also faint at the sight of blood.  I honestly believe that God steered me in the direction of comedy to make people laugh.”

The legendary sitcom was a consistent top 10 hit for ABC and drew in some A-list audiences.

“We had a lot of closet viewers,” Williams told Kugel. “People did not want to admit that they loved Laverne & Shirley, and it was also a lot of people in show business. You know who loved Laverne & Shirley? A lot of rock stars! We had Bruce Springsteen and the E Street Band come down one time to watch a rehearsal. There were a bunch of other rock stars who loved it, because, in its own way, it was very hip.” 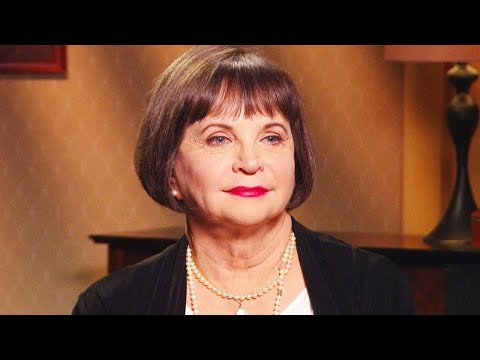 With a successful career and an impressive list of credits to her name, Williams sticks to advice she got from her mother.

“It’s two words: Keep Moving,” Williams shared. “She’d say, ‘Cindy, just keep moving.’ Now, whenever I get down and think I can’t do something, I hear my mother say, ‘Keep Moving.’ And so I move, and it works on so many different levels.”