Law & Order star Christopher Meloni has been getting buff in the, er, buff.

In a hilarious advert for Peloton published on the fitness firm’s Instagram, the 61-year-old is seen working out completely in the nude.

Guided by the company’s app, Christopher breaks out in a sweat in a series of impressive exercise moves.

‘Apparently some people think the way I work out is strange,’ the True Blood star begins.

Jumping straight into it, he then starts with some bicep curls before moving onto ab bikes, side planks – and even boxing.

A fully stripped-off Christopher then takes his workout regime outside and enjoys a run in the countryside – even if he does cause a dog to start barking, probably in confusion at the sight of a naked man in broad daylight. 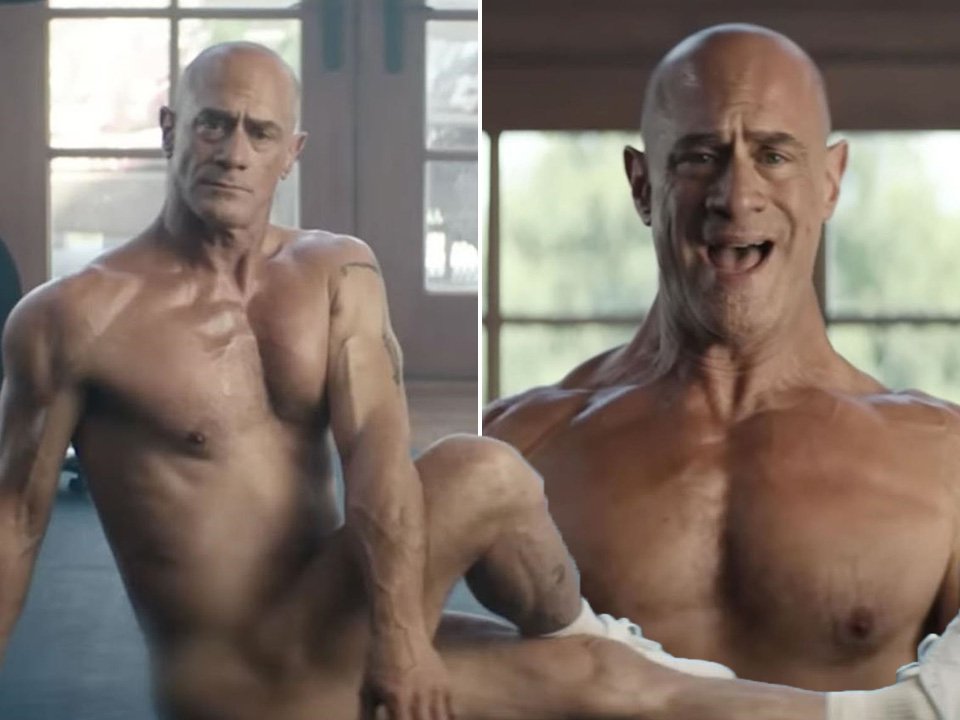 And of course, no exercise is complete without breaking into some deep stretches, which Christopher does without a care in the world. Maybe he’s on to something?

Veteran actor Christopher, alongside his starring role in the Peloton ad time for National Nude Day on Thursday, has been performing in hit shows for years.

Christopher’s other credits include playing the role of vampire Roman in True Blood, and he also starred in and executive-produced Syfy series Happy!.

On the big screen, he has featured in films such as Wet Hot American Summer, Harold & Kumar Go to White Castle and Fear and Loathing in Las Vegas.