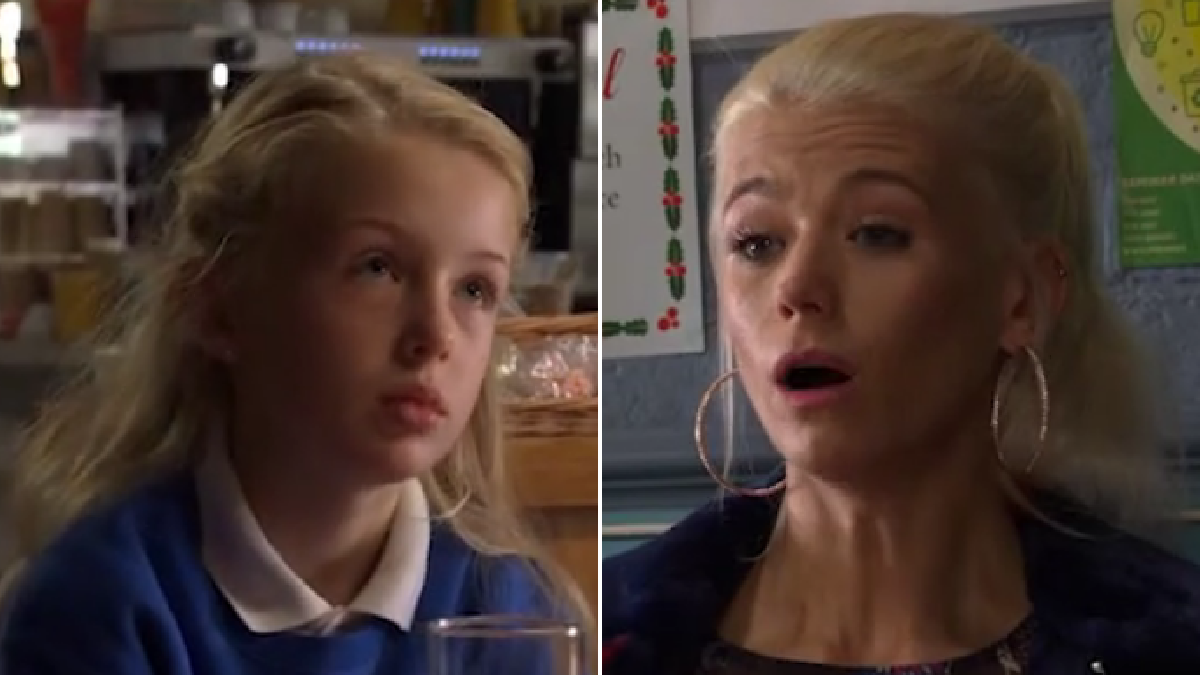 EastEnders usually saves its big bombshells for the end of episode of cliffhangers but tonight’s opening scene left us spitting out our Ribena in shock.

Thankfully, there was a reasonable explanation.

However, the last thing we expected was to hear Lexi announce to mum Lola (Danielle Harold) that she is pregnant.

Lola asked who the father is, to which Lexi replied ‘God’.

Quite the twist. We wonder who will be cast as God.

Of course, EastEnders isn’t quite jumping the shark – not to this extent anyway. Lexi has written her own version of the Nativity story and the dialogue is quite on the nose.

As she practised going over the lines with Lola, her mum was letting the side down by missing her cues, leaving Lexi frustrated.

Later, she was to be even more disappointed when Isaac Baptiste regretfully informed her that there would actually be no play this year.

The kids would have to be doing extra work to catch up on what they missed due to Covid.

Is there any way the school can be persuaded otherwise?

Perhaps the play can be put on by the community instead – good job Ian Beale isn’t around.

We know who would instantly believe himself to be worthy of playing God.