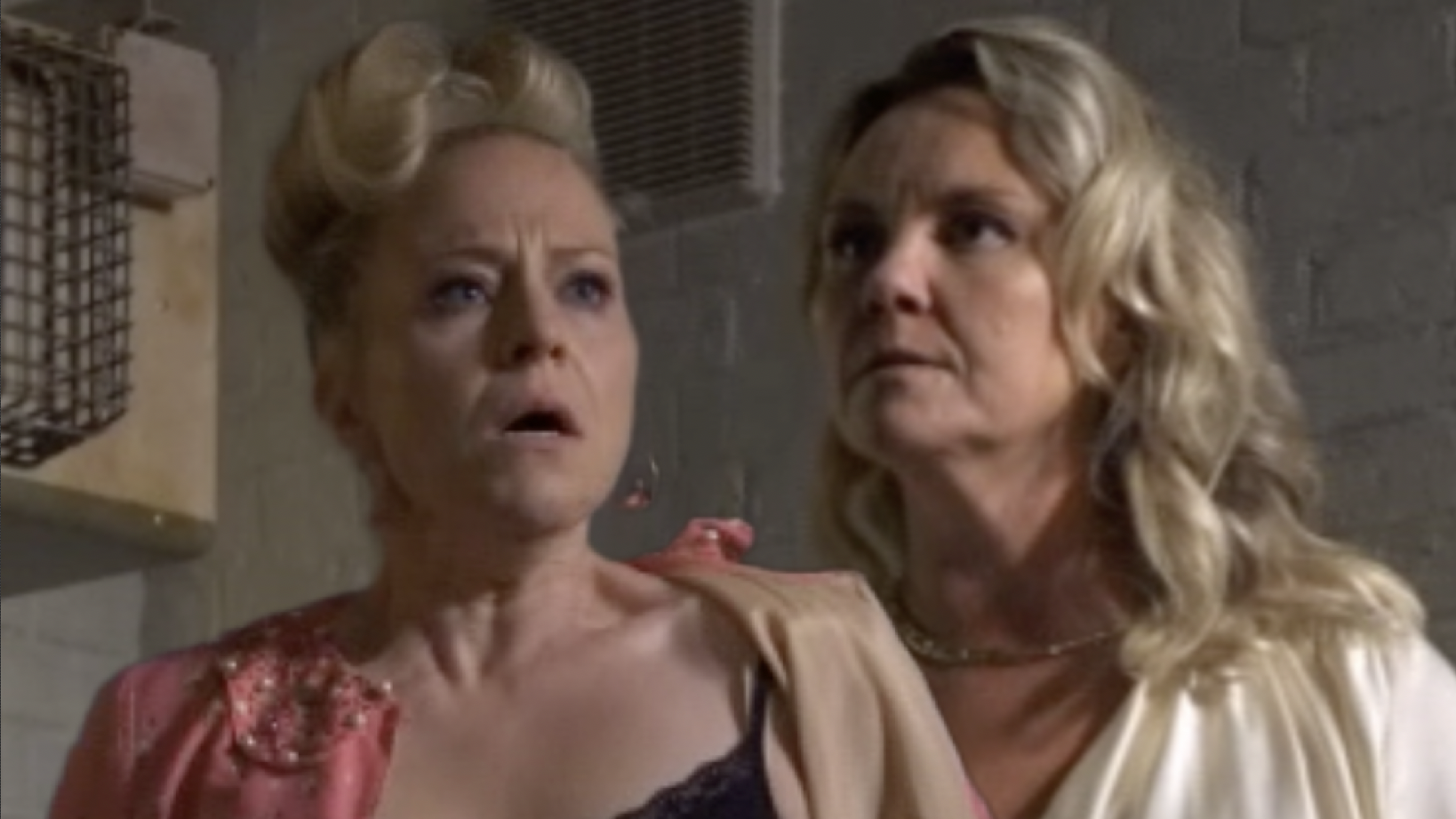 Linda Carter (Kellie Bright) put two and two together in EastEnders after baby Annie was taken away from her, and thus wasted little time in taking her frustrations out on the person responsible for her predicament.

Yes, you guessed it, we are of course, talking about Janine Butcher (Charlie Brooks).

The show’s resident schemer sank to a devastating new low earlier this week, as her jealousy over Mick’s (Danny Dyer) feelings for his ex boiled over.

With Linda having managed to avoid a stretch in prison, Janine resorted to dirty tactics, having Jada Lennox (Kelsey Calladine-Smith) plant bottles of alcohol on her love rival, before telephoning social services.

Social workers subsequently investigated, but in addition to the bottles of alcohol, they also found a series of unexplained bruises on baby Annie, who they took to the hospital.

Linda broke down in her beloved Mick’s arms, as she watched Annie being taken away from her.

The aftermath of this shocking development was explored in delicious detail on Tuesday (August 30), with tonight’s offering picking up just moments later, as Mick rushed Linda to the hospital to be with her baby.

Upon arriving, the former couple were informed by the doctor that Annie’s bruises warrant cause for concern, and thus she would be placed in emergency foster care while an investigation is carried out.

Linda was heartbroken, but upon returning to the Square, her attention was on finding out who was to blame for setting her up.

All roads, of course, led to Janine.

The landlady therefore made a beeline for The Queen Vic, before proceeding to punch Janine’s light out!

Janine, having been knocked over by the sheer force of Linda’s fist, got to her feet, before pleading her innocence, and despite her – you know – having actually been to blame, she delivered a convincing performance which successfully threw Linda off the scent.

A spectacular scene, with all the makings of a proper EastEnders showdown -one that fans will no doubt revisit in the years to come.

Jada, meanwhile, confessed her involvement in the whole thing to Sharon Watts (Letitia Dean), who was left at a loss for words, and honestly same.

Will Janine get her comeuppance? We can all but hope.

EastEnders continues Wednesday August 31 at 7:30pm on BBC One.