Lorraine Kelly compares Madonna to 'a boiled egg': 'I don't even recognise her'

Lorraine Kelly compared Madonna to a ‘boiled egg’ after struggling to recognise the icon’s face.

The Material Girl singer sent the internet into overdrive following her latest TikTok which playfully addressed her sexuality.

Madonna took part in a popular trend on the social media app, which sees her attempting to throw a pair of knickers into a bin.

If she misses, it apparently means she is gay and in the clip the Vogue hitmaker is seen standing in the middle of her very luxurious bathroom and throwing a pair of hot pink knickers – to match her hot pink hair, of course – into a nearby bin.

However, she doesn’t make the shot and throws her hands up in the air, and while it could have been a moment of fun for the star, several fans questioned whether she was coming out.

During Monday’s edition of her titular morning programme, Lorraine spoke to showbiz correspondent Ross King about the viral video. 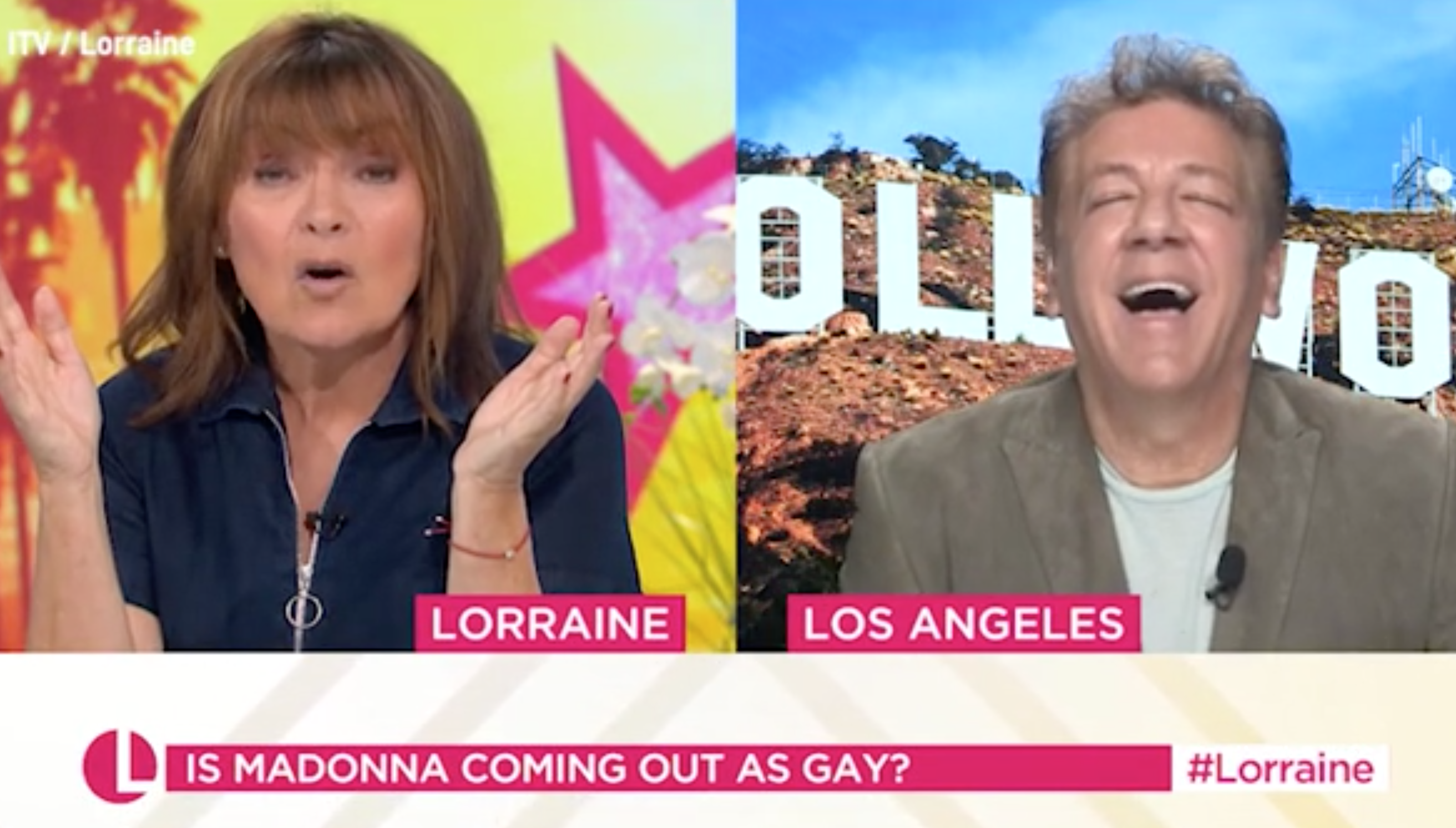 ‘Is that actually Madonna,’ she began.

‘I don’t recognise her honestly, what’s she done to herself? She was so beautiful.

‘Why why why do women do this to themselves? She looks like a boiled egg. She doesn’t look like she’s got any features at all.

‘I’m cross because I really like her. I really do.’

Addressing her latest TikTok, Lorraine added: ‘I don’t know what she’s doing there. I’m not sure what that’s all about.

‘But like you say, we’re talking about it therefore that was probably what it was all about.’

The 64-year-old musician has always presented a sex-positive message in her artistry and was once asked about the idea that ‘everyone is born bisexual’ in a 1995 interview with MTV.

She responded: ‘I don’t have an answer for that. I think whatever it is we should embrace it and never make ourselves or other people feel ashamed for whatever it is.’

Madonna’s dating history has been well-documented over the years, with her most high-profile relationships including ex-husbands Sean Penn and Guy Ritchie who she divorced in 1989 and 2008 respectively.

She was most recently thought to be dating dancer Ahamalik Williams but the couple were reported to have split in April after three years of dating.

Lorraine airs weekdays at 9am on ITV.