Sparks were flying between Chris Taylor and Harley Brash on last night’s Love Island until the ill-fated challenge which made Harley question Chris’ motives.

The Sidebar of Shame task saw newspaper headlines read out to the group of singletons, with the islanders having to throw drinks on their fellow friends in order to fill in the missing blanks.

Tensions ran high when the headline omitted two names who were “meant to be” coupled with each other.

Chris threw a drink on himself and fellow Islander India Reynolds, much to the annoyance of Harley.

Later that evening, Harley called Chris out on his earlier escapades, and branded the move as “muggy as f***”.

Not seeing the funny side, she later vented in the Beach Hut: “I think it’s an absolutely ridiculous thing to do especially when I’m standing behind the bar.”

Chris grovelled with Harley, and during his heartfelt speech, admitted: “I’m really upset by this. I didn’t realise you were upset by this so I do massively apologise if you feel like I’ve mugged you off.” 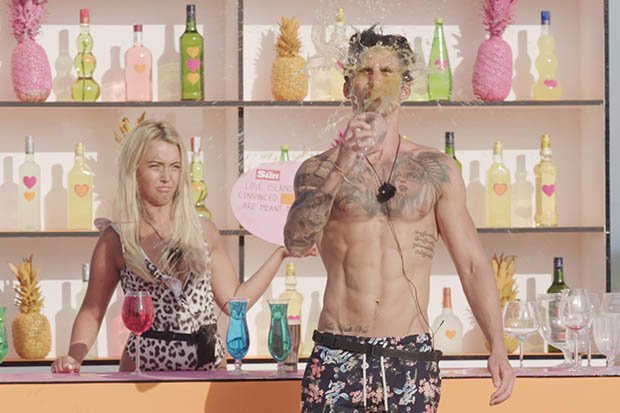 However, their rocky patch may be coming to an ending if tonight’s episode is anything to go by.

Chris tells Ovie: “Basically, what I want to do is make ‘sorry’ out of toast and then a couple of poached eggs with smashed avocado.” 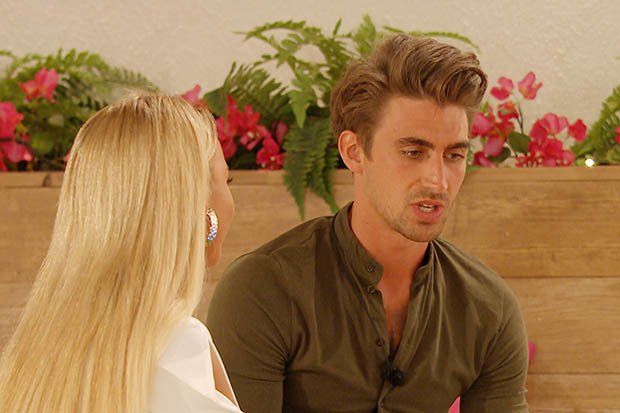 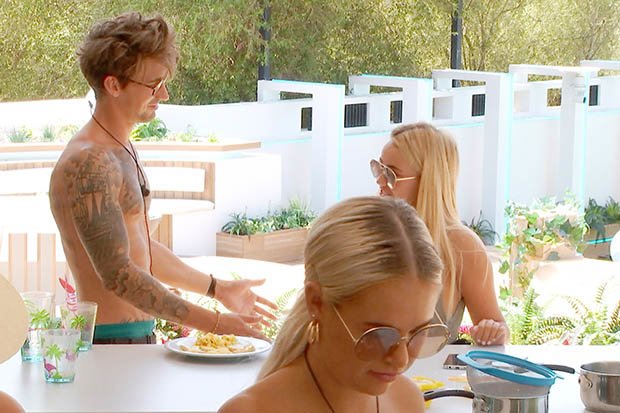 Chris gets to work and whips up breakfast for Harley, then presents it to her, but when he goes in for a hug, she puts her foot down and says: “Not yet.”

Later on in the evening, Chris asks Harley for a chat to finally resolve the drama between the pair.

Chris admits: “I never meant any of it in a malicious way.”

Harley responds: “I needed to say it, because you wouldn’t have thought that you had done anything wrong.”

Chris then replies: “Part of the reason I want to keep this going is because you bring out a side to me that I don’t normally show people. That to me, says that you’re special.”