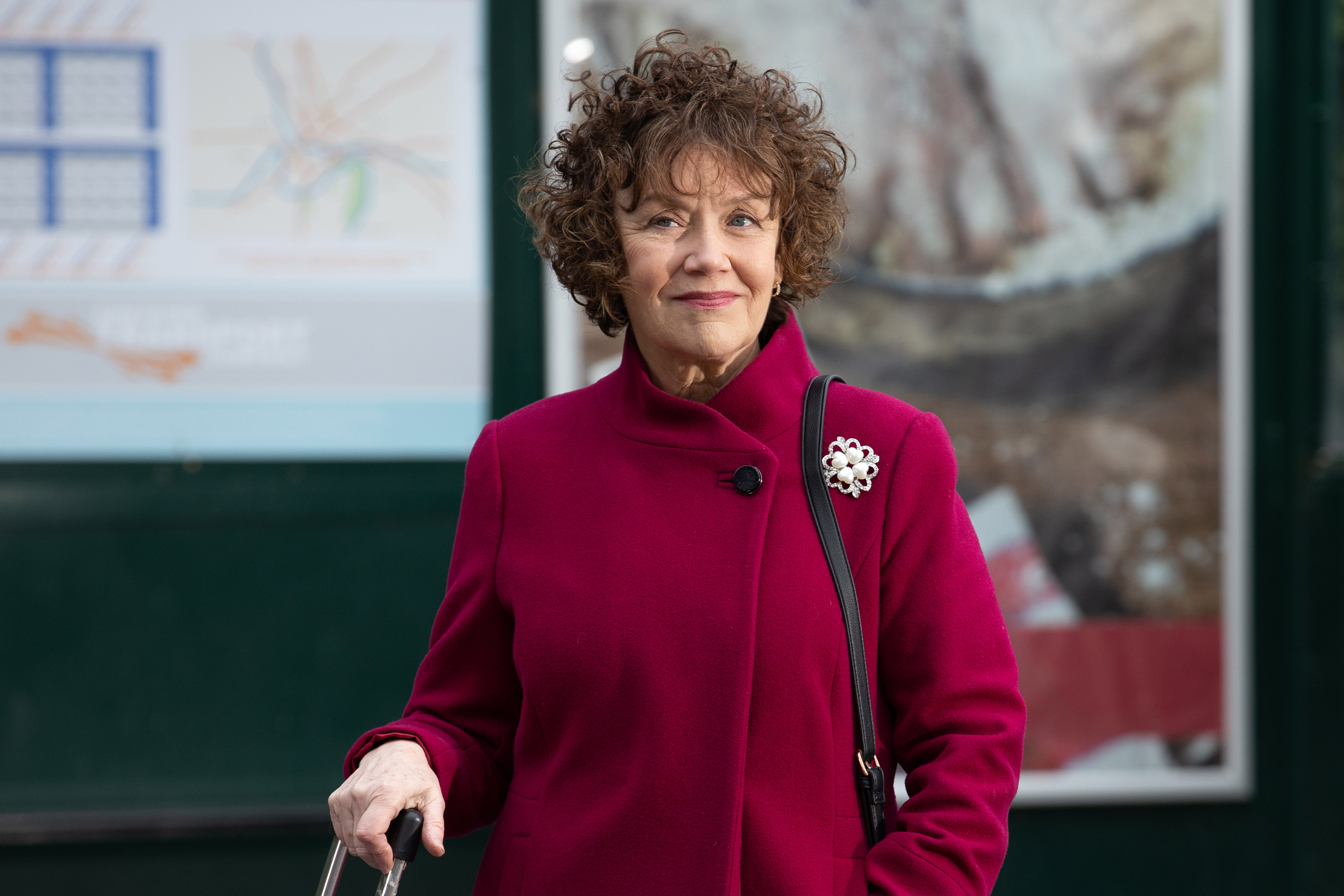 Sue – who made her last appearance in the Channel 4 soap back in 2002 – returns in upcoming scenes, and she’s determined to make things right with her son.

However, she also brings with her some heartbreaking news.

Luke’s reunion with his estranged mum is somewhat frosty, but will they be able to make things right?

‘It’s always a bit like your first day at school,’ actress Marian said, discussing her first day on set of the popular serial drama.

‘You would think after 40 years or so of acting I would be used to it, but on Hollyoaks, from the moment I arrived, I was made to feel so welcome.

‘I love playing Sue. She doesn’t have a filter and thinks she can say whatever she likes. She’s sort of passive aggressive, she smiles at you, but then there is a real sting in the tail. It is a treat playing Luke’s mum.

‘She is on mission for Luke to be happy – at least her vision of what that should be. She has come back to make her peace with her son, for her neglectful mothering in the past.

‘I’m so pleased to be filming alongside Gary – I couldn’t have wished for a more caring and generous actor to work with, and with a great sense of humour.’

Sue was previously portrayed by actress Eve White, who appeared on the Channel 4 soap between 1999 and 2002.

Marian is best know for her role as Marina Bonnaire in BBC One daytime soap, Doctors.