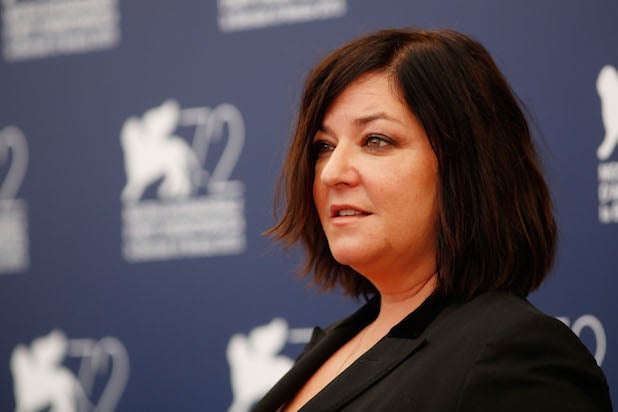 Lynne Ramsay, the auteur behind “We Need to Talk About Kevin” and Joaquin Phoenix’s “You Were Never Really Here,” is set to direct an adaptation of a Stephen King novel, “The Girl Who Loved Tom Gordon,” an individual with knowledge of the project told TheWrap.

The adaptation is set up at Village Roadshow Pictures. Ramsay also wrote the screenplay adaptation with Christy Hall, who created the Netflix series “I Am Not Okay With This.”

“The Girl Who Loved Tom Gordon” is a psychological horror story about a nine-year-old girl who gets lost in the woods on a hiking trip with her family. After wandering alone and scared for days, she begins to hallucinate and imagines that she’s talking with her heartthrob, a baseball player named Tom Gordon. Only later does she begin to suspect that a supernatural beast is pursuing her as she tries to find her way back to civilization.

Horror master George A. Romero was at one point attached to direct an adaptation of the novel, first published in 1999. The late Romero’s wife Christine Romero will now produce “The Girl Who Loved Tom Gordon,” as will “It” producer Roy Lee for his Vertigo Films banner. Ryan Silbert of Origin Story and Jon Berg of Stampede Ventures will also produce.

Andrew Childs is executive producing “The Girl Who Loved Tom Gordon.” Village Roadshow Pictures’ executive VP of content, Jillian Apfelbaum, will oversee production for the studio. Production on the film aims to begin next year.

Ramsay’s last feature was 2017’s “You Were Never Really Here,” and she directed a documentary short called “Brigitte” last year. In 2011, she won a British Independent Film Award for Best Director for her film “We Need to Talk About Kevin” starring Tilda Swinton and Ezra Miller.

Ramsay is managed by Josh Varney at 42 and her lawyer is Greg Slewett at Ziffren Brittenham.