Davis’ songwriting credits include Elvis Presley hits “In the Ghetto,” A Little Less Conversation” and “Memories” 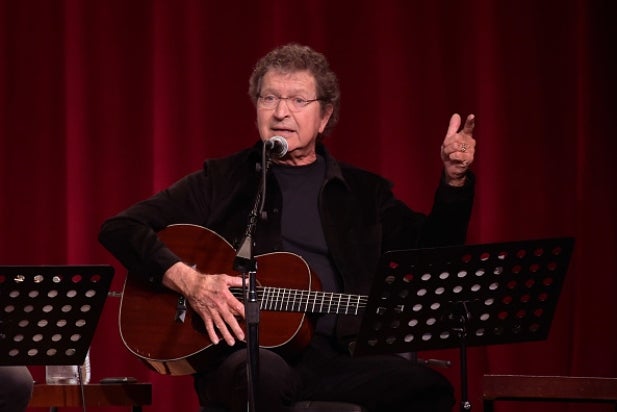 Mac Davis, a pop and country singer who went on to become an actor and host of his own variety show on NBC has died at age 78. His longtime manager Jim Morey posted the news Tuesday night via Facebook.

“He was a music legend but his most important work was that as a loving husband, father, grandfather and friend,” Morey wrote. “I will miss laughing about our many adventures on the road and his insightful sense of humor.” The Country Music Association also confirmed the news via Twitter.

Davis’ songwriting credits include hits like Elvis Presley’s “In the Ghetto,” A Little Less Conversation” and “Memories.” He later achieved notoriety on the charts with his Billboard Hot 100 hit “Baby, Don’t Get Hooked on Me” in 1971. Davis followed that success with a shift from pop to country music that earned him the title of Entertainer of the Year at the Academy of Country Music Awards in 1974.

The musician parlayed his fame into a TV career, getting an opportunity to host his own NBC variety series “The Mac Davis Show” from 1974-1976 and appeared in many other shows and network specials throughout the ’80s. He also garnered some notable film roles, including a slot as a leading man next to Nick Nolte in 1979 football drama “North Dallas Forty.”