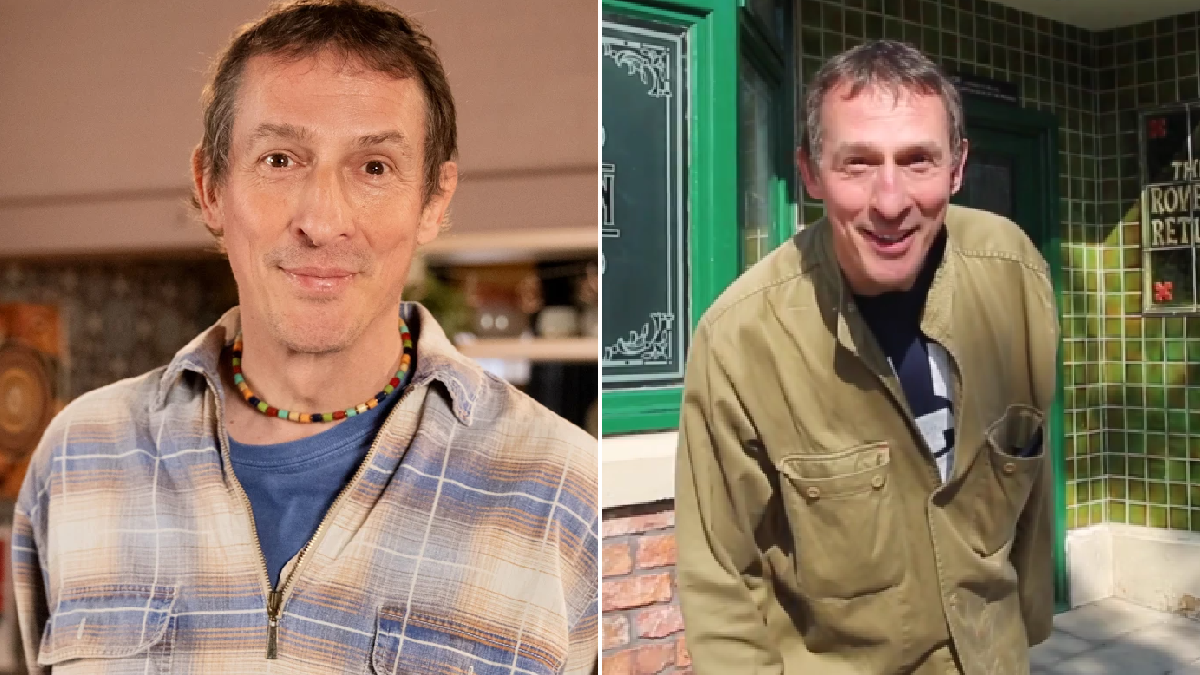 As Geoffrey Nugent – better known as Spider – prepares to make his return to Coronation Street, Martin Hancock, who plays the popular character, has been talking about how the comeback came about.

‘I’ve always said if I was asked I would come back,’ he told Metro.co.uk. ‘Then towards Christmas last year Georgia [Taylor] put a photo up of us, a Toyah and Spider photo of us arm in arm when we were very young.’

Long-time viewers will remember that Toyah and Spider used to be a couple, before Spider left Weatherfield in 2003.

This nostalgic picture was seen by Martin’s mother-in-law, who he describes as ‘the Oracle of all things Corrie.’ She rang him up to say, ‘’Ere duck, you’re in the papers!’

Seeing the picture made Martin feel sentimental about the good old days, but it took his wife to prompt him to action.

‘My wife said, “You’ve always said you’d go back and you’re not getting any younger so pull your finger out and have a word with your agent,” the returnee confirmed.

Martin has had an extensive career on TV and film since leaving Coronation Street, including 18 episodes of Holby City and working with the likes of Ridley Scott, Orlando Bloom and Liam Neeson in big screen roles, but he admits that the thought of going back to the cobbles made him nervy.

‘I did have sleepless nights and I was very, very nervous,’ he admitted.

‘My first day back before we started filming I came in for an orientation, because it’s a new studio from the one that I was at, and the first person I bumped into was one of the first ADs I ever worked with, which was Dale.

‘That was lovely and the first members of the cast I saw were Georgia and Jane [Danson] and that was like, yeah get in.

‘It was like a huge warm blanket of love thrown over me, it was brilliant.’