Fans of The Masked Singer will be treated to a new weird and wacky show in the form of The Masked Dancer, which will see disguised celebrities strutting their stuff. The ITV series follows on from the phenomenally successful Masked Singer which aired its second series earlier this year. The Masked Dancer has the same format to the parent series except famous faces will be throwing shapes rather than demonstrating their vocal abilities.

Why is Rita Ora not on The Masked Dancer judging panel as co-stars return?

Along with 12 new stars taking to the stage albeit under some elaborate costumes, the judging panel and celebrity sleuths will be back again to try and figure out who the hidden stars are.

Jonathan Ross, Mo Gilligan and Davina McCall will all be putting their detective skills to the test as well as their celebrity knowledge.

Also, host Joel Dommett will be back again to lead the proceedings and host The Masked Dancer.

However, Rita Ora is not going to be featuring on the new series and instead Strictly Come Dancing professional Oti Mabuse will be joining. 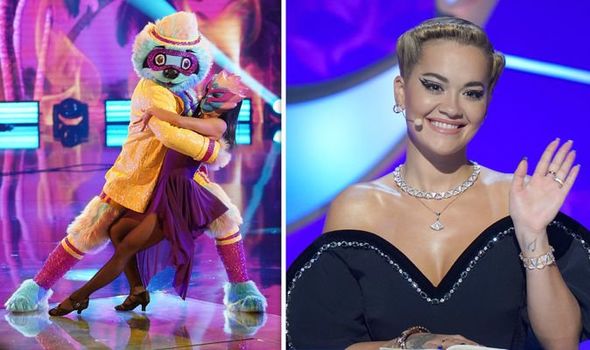 There’s no reason why Rita isn’t going to be on the spin-off series after the rest of the panel has returned.

Express.co.uk has approached ITV for comment about why Rita Ora isn’t on The Masked Dancer panel.

Speaking about being part of the series, Oti said: “I’m so thrilled and honoured to be joining the panel on The Masked Dancer.

“I’m a huge fan of The Masked Singer and I loved the US Masked Dancer so I just can’t wait to start on this show.”

She added: “As a dancer I will be watching the dancers intently looking for clues – it’s going to be so much fun!”

Oti’s addition comes after she was previously part of the BBC’s talent series The Greatest Dancer which was sadly cancelled by the broadcaster after two series.

She is not only a seasoned professional but has also been presenting on Channel 4’s Steph’s Packed Lunch.

The Masked Dancer has already been successful in Asia and the USA with the ITV hoping to replicate this success.

Parent show The Masked Singer saw a whopping 10 million viewers tuning in for the finale when Joss Stone was unmasked as Sausage.

The Masked Dancer is coming to ITV