THE Met Gala was a night of wearing outrageous clothes – but stars including Emily Ratajkowski didn't seem to be wearing very much at all this year.

She wore a top that barely concealed her boobs, while Ashley Graham seemed to have turned up at the event in New York without anything on her bottom half. 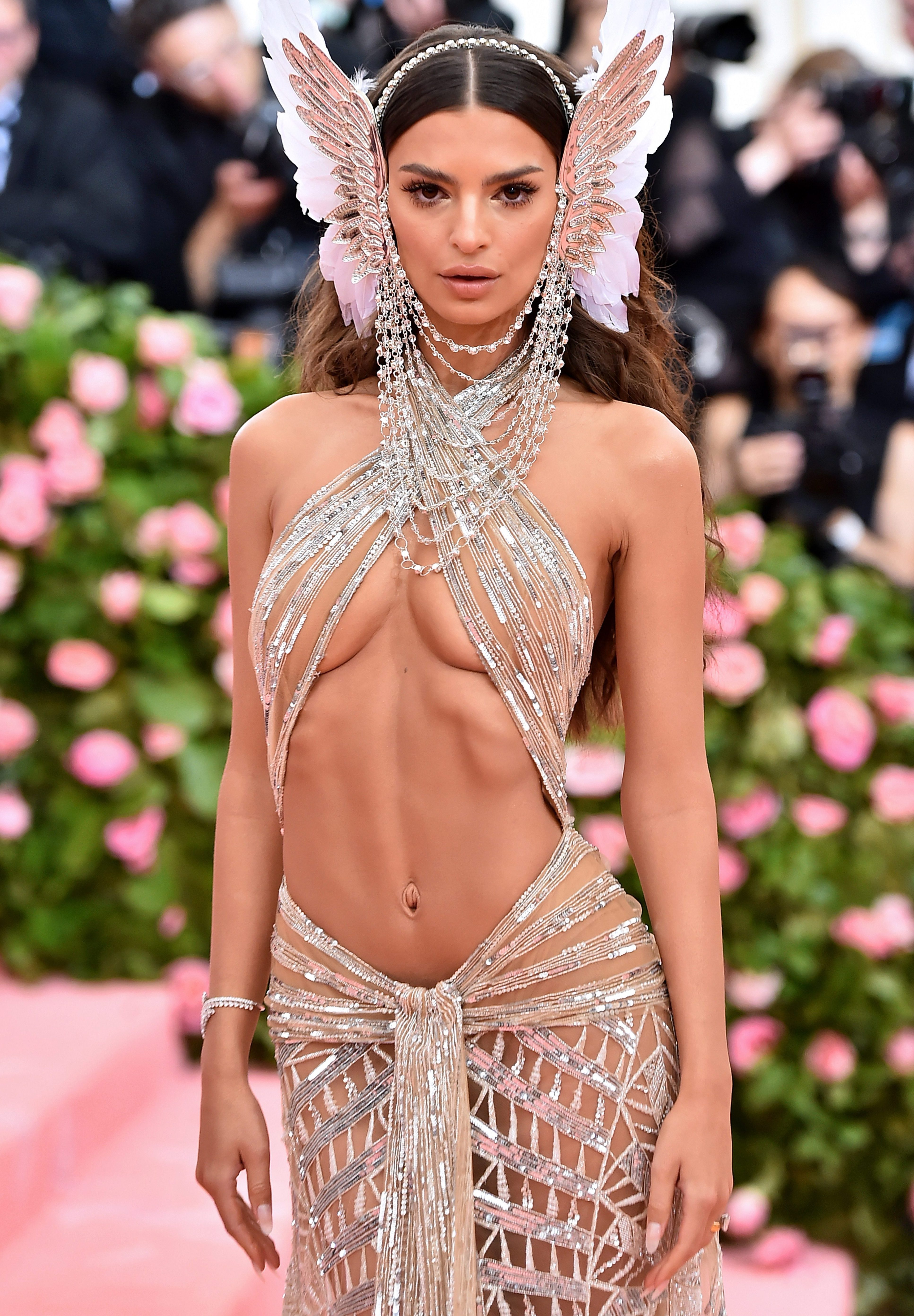 Ashley, 31, wore just a Gucci blazer with a pair of nude tights that made it look like she hadn't bothered with trousers – or indeed underwear.

The Met Gala theme this year was 'camp' but as one fan boggled on Twitter: "Camp is…losing your pants."

Elsewhere, Emily, 27, was one mis-step away from a major wardrobe malfunction, with just a few silvery strands covering her breasts.

As one viewer remarked, she seemed to be wearing more on her elaborate Cher-inspired headdress than the entire rest of her outfit. 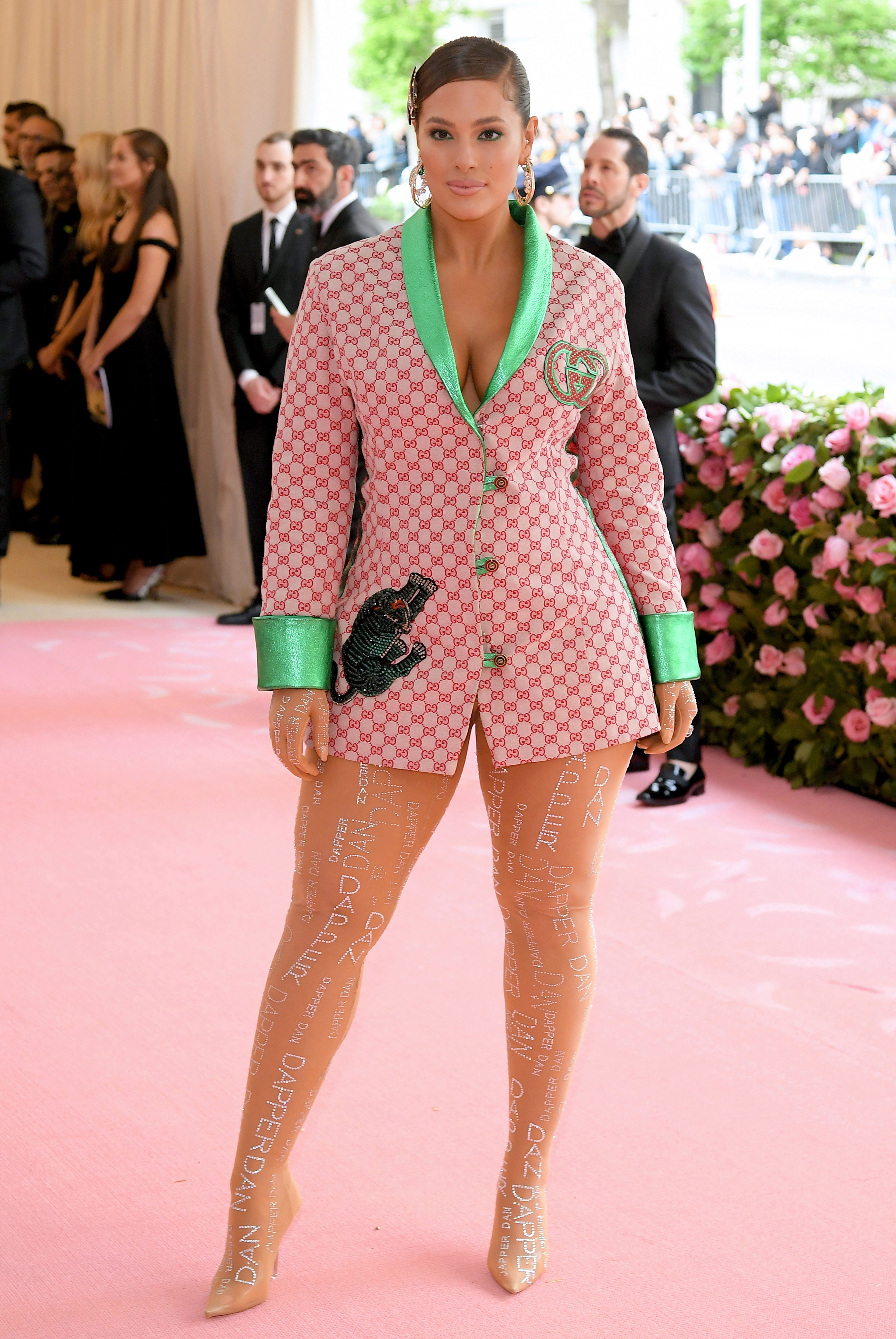 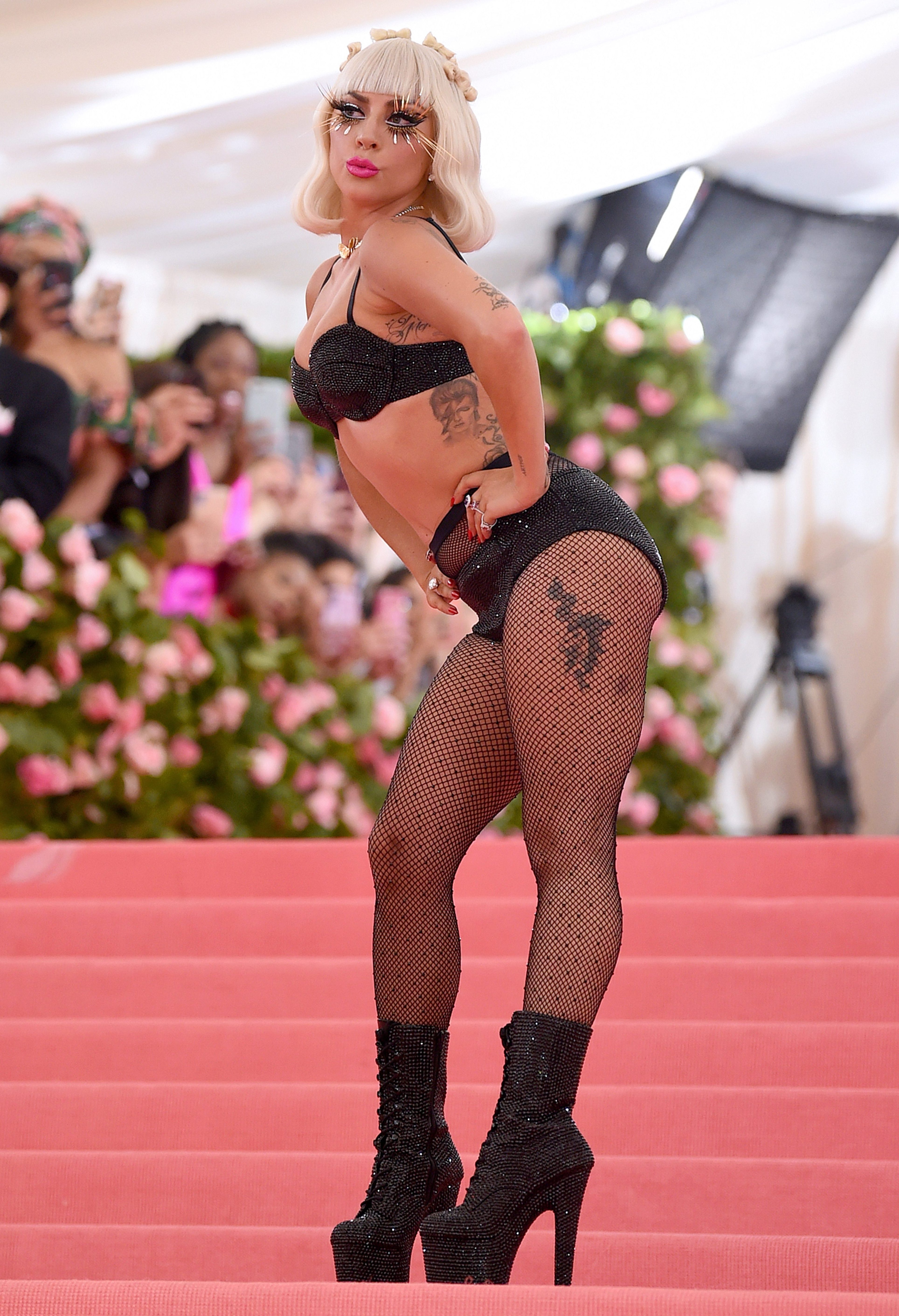 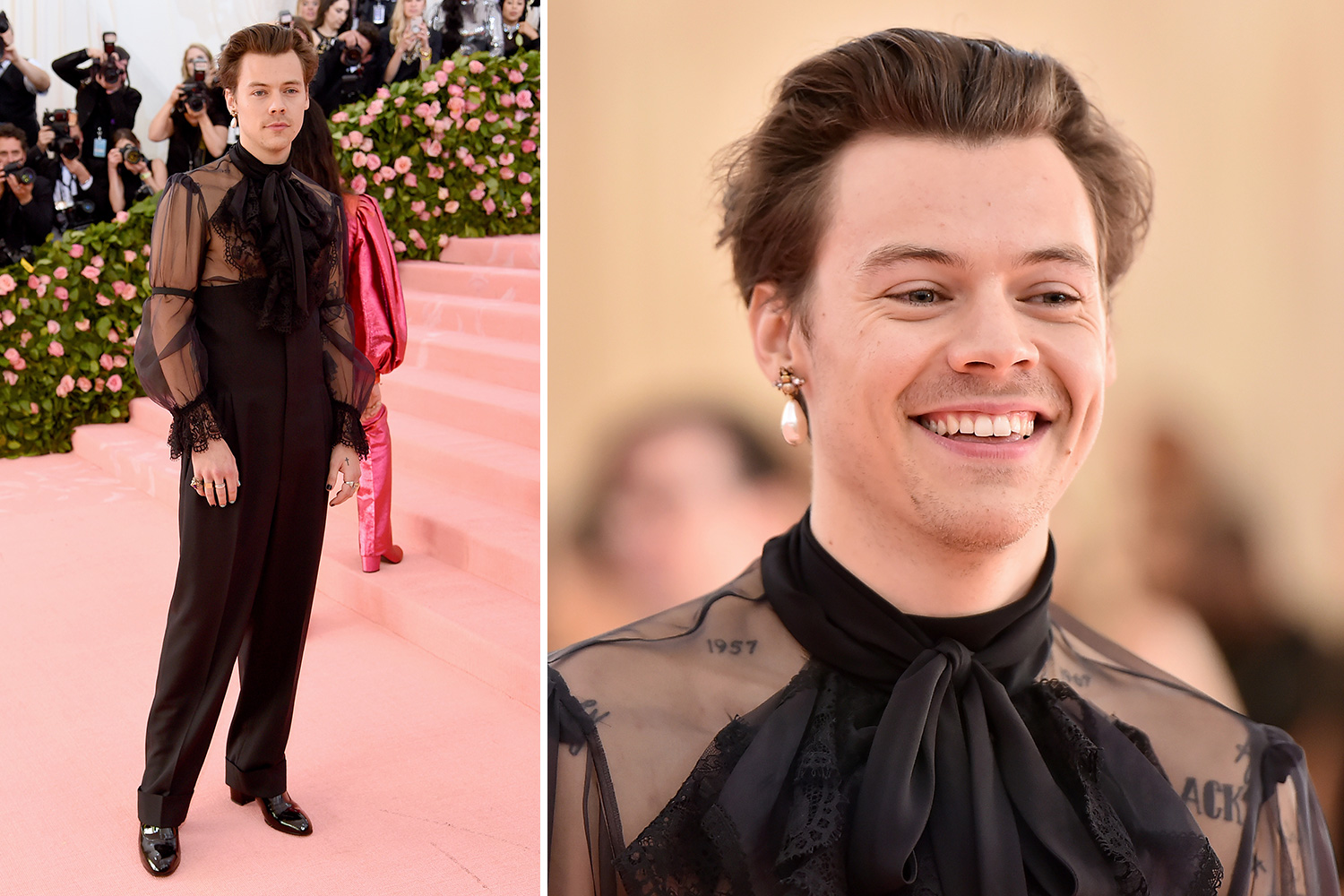 Lady Gaga meanwhile, stripped off before event going into the event, performing an elaborate costume change on the steps outside the New York venue.

The stars were joined at the event by some of the biggest names in sports, movies and music.

Even Harry Styles joined in the revealing fun by showing his nipples in a sheer jumpsuit as he turned up in high heels and a solitary pearl earring.

Kim Kardashian also got plenty of attention when she turned up dripping with jewels in a caramel-coloured corset that showed off her famous curves. 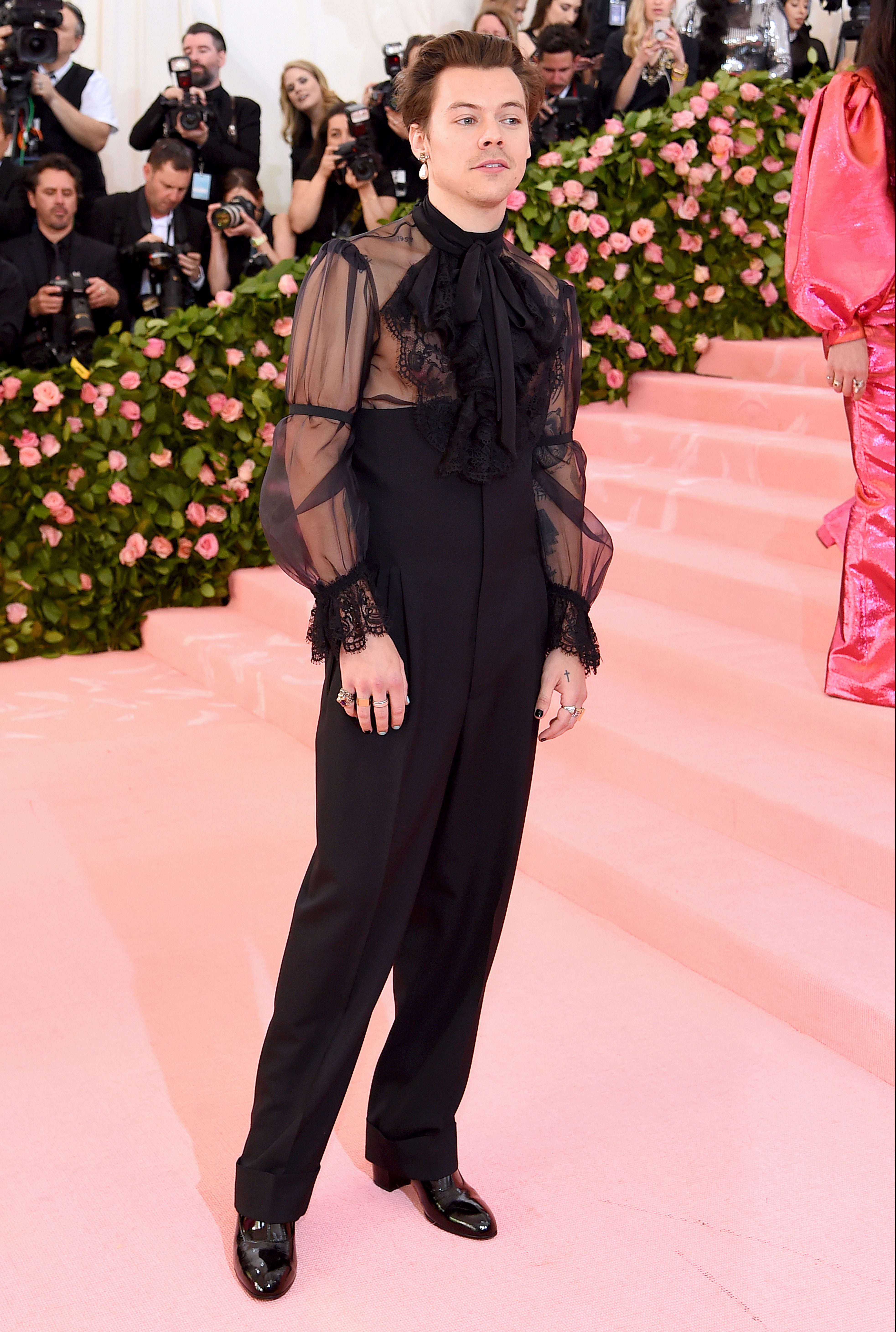 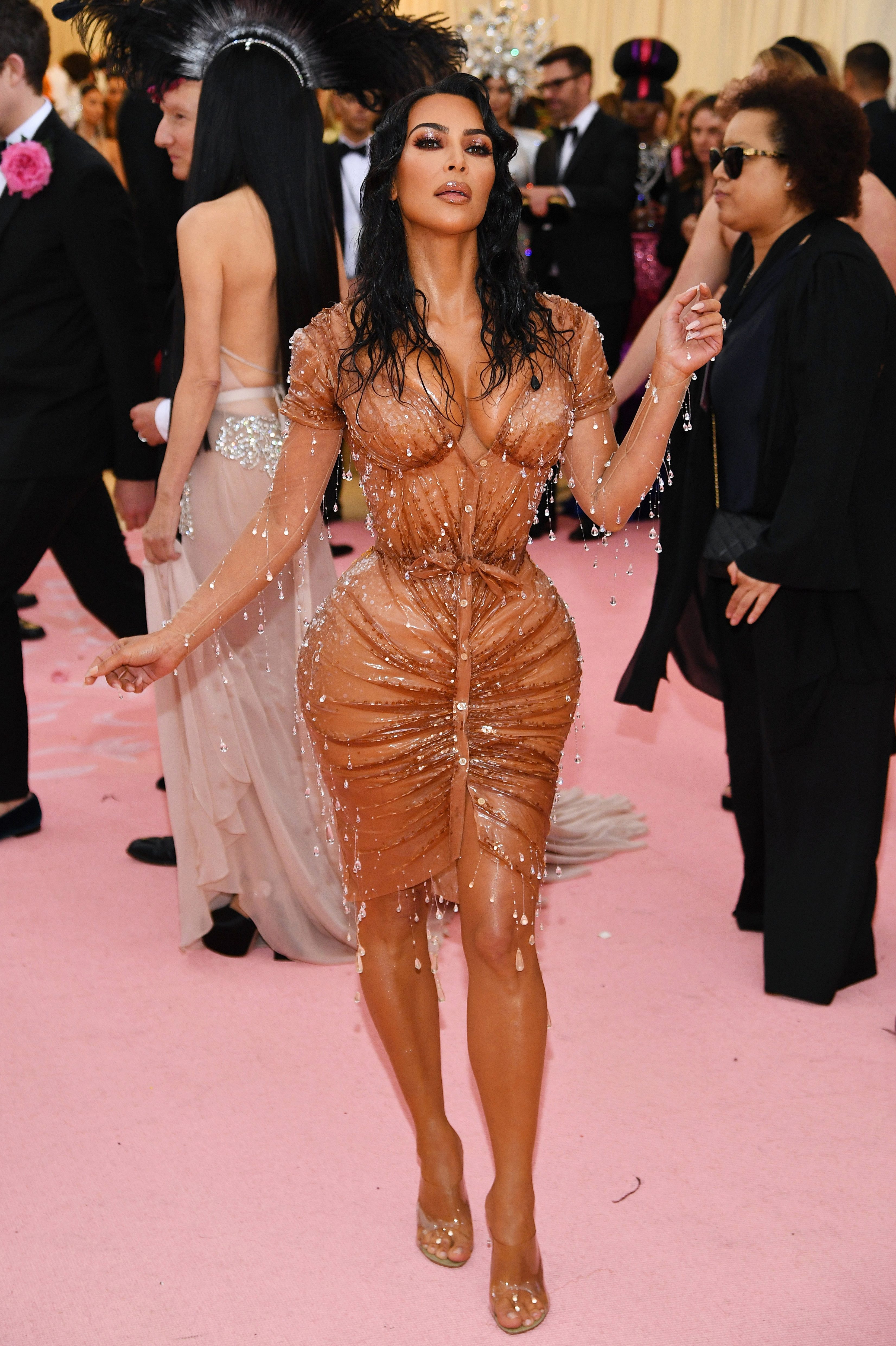