Naga Munchetty warned to ‘stop’ as she shows off singing voice: ‘That’s the second time!’

There were a number of headlines for Naga to discuss with viewers on her BBC Radio 5 Live show, including the tragic news that The Supremes founder and singer Mary Wilson had died aged 76. As she paid tribute to the late singer, Naga enjoyed a back and forth with newscaster Nick as they discussed the band’s biggest hits. But when Naga decided to belt out a snippet of chart-topper Baby Love, she was promptly shut down by sports reporter, Chris.

After Nick delivered the news about Mary’s passing, Naga insisted he sang the names of some of the songs The Supremes made famous.

“Now Nick, you know I’m not one for criticising at all,” Naga began.

The BBC Breakfast star continued: “But you do need to say those hits kind of in the way they’re sung.”

Keen to avoid doing so, however, Nick replied: “I’m not singing on national radio (laughs).” 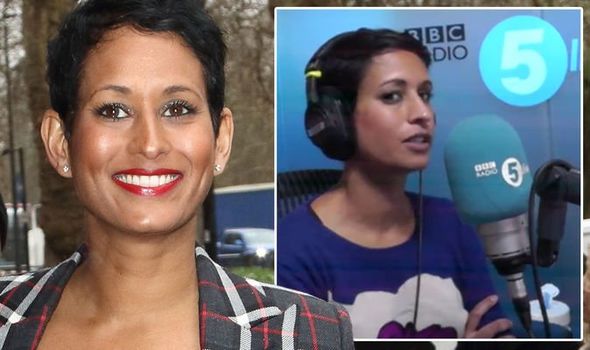 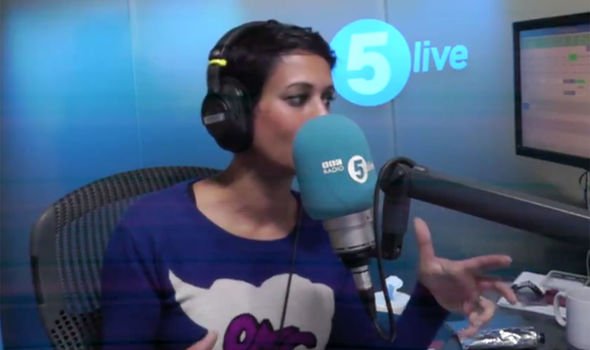 But Naga insisted, telling him: “Do the first two and I’ll do the last one.”

His attempts brought laughter from Naga as he said You Can’t Hurry Love in a comical tone.

Naga then jumped in: “Then there is… Baby Love.” 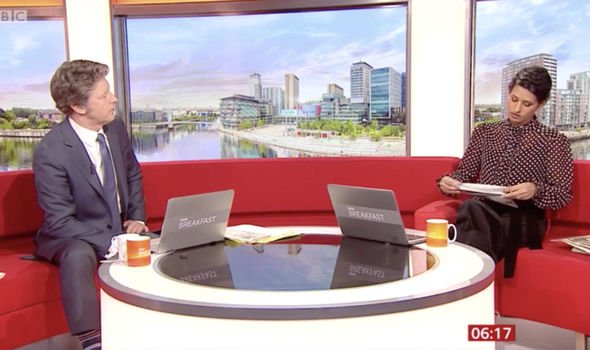 The radio host sang the name of the single and received high praise from Nick.

“Ah, beautiful,” Nick replied. “You’ve got quite a nice voice, haven’t you?”

Nick let out a chuckle but it’s safe to say Chris wasn’t as enthusiastic.

“It won’t last,” Nick joked before signing off as Naga turned to Chris for the latest sports headlines.

Bringing up the “compliments” Chris would have for the England cricket team following their victory in India, Chris quickly jumped in on the joke.

“Stop… singing in the name of radio never mind love, Naga,” he sarcastically shut down the host.

Undeterred by the jibe, Naga sang another rendition of Baby Love to irk her co-star.

Although he did eventually admit: “I do quite enjoy it though.”

The pair shared a laugh before Chris got to work delivering the latest news from the world of sport.

Naga Munchetty appears on BBC Radio 5 Live weekdays at 10am.