NCIS LA season 14 is airing on CBS every Sunday with the premiere airing later tonight, October 9. The regular faces of the NCIS team, including Special Agent Callen (played by Chris O’Donnell) and Special Agent Sam Hanna (LL COOL J) will be searching for a suspect and their motive. Express.co.uk has all you need to know about who is joining the main cast as guests for episode one.

Agent Shyla Dahr has appeared in the series before and she is played by Kavi Ramachandran Ladnier.

Kavi, 48, is an Indian actress and film producer who is also known for her roles in Dwelling and The Sex Lives of College Girls.

As well as appearing on plenty of podcast series, she has also worked as a producer on a number of projects.

Her producer credits include Boris and the Bomb, Now and Never and The 8th Year.

This season, Rosa is in need of some help with her studies.

She is played by Natalia Del Riego, a Salvadoran and Mexican actress known for her roles in The Last Word and Kamikaze.

Fans may also recognise her as Daniela Perez from Promised Land and Oriana from American Crime. 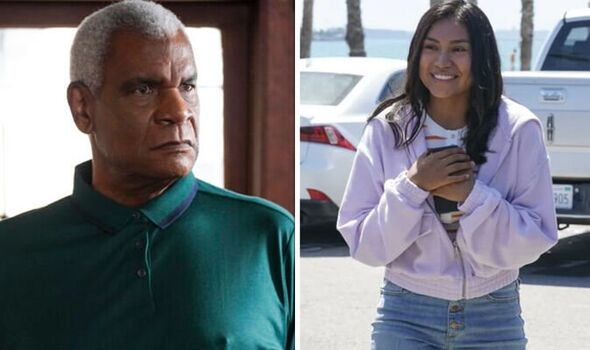 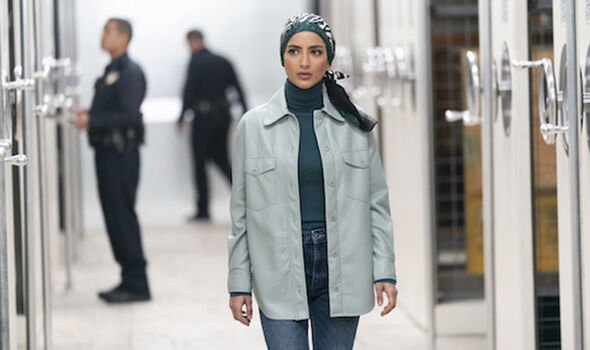 Jennifer Marshall plays the Navy Commander and she may be best known for playing Susan Hargrove in Stranger Things.

Her other credits include Outrageous 911, Game Shakers and Timeless.

She is not new to the NCIS universe as she previously had a guest role in an episode of NCIS back in 2019.

The star teased her latest role on Instagram, saying: “I’m Guest Starring on the season premiere of NCIS-LA. Huge thanks to my agent for all of his hard work. See you tomorrow!”

Jamil Zraikat is playing Cyrus Karimian in the first episode and he is known for his roles in Brothers and Strike Back.

Viewers may also recognise him from the series Finding Ola and Paranormal.

He has also worked as a casting coordinator on the series Strike Back.

Jenapher Zheng is a Chinese-American actor, writer and voiceover artist, who also has a love of cosplay.

She has guest-starred in a couple of series including Project 321, and Life With LEO.

The star teased her latest role on Instagram and said it was a huge milestone for her.

She said: “Tune in THIS SUNDAY on CBS or Paramount Plus to see me in a guest star role on the Season 14 premiere of @ncisla!

“This is my first speaking role on TV and it’s a sassy one.”

Maria Estevez is played by Anna Rajo, who may be recognised for her various roles in CollegeHumor Originals.

Her other credits include Troopers, Insignificant Other and Super Simple Love Story. 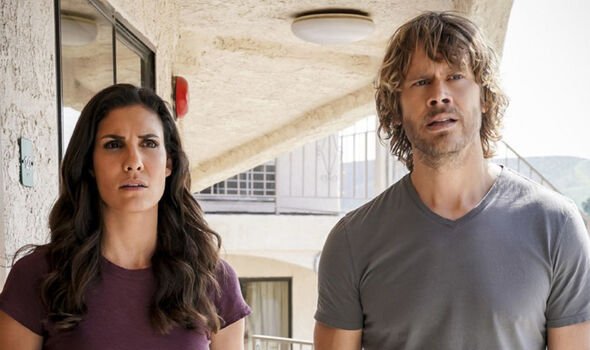 Raymond Hanna is a former Colonel in the United States Marine Corps and the father of Sam Hanna.

He is played by Richard Gant, a 78-year-old American actor known for starring in the film Rocky V.

The star’s other credits include Deadwood and Men of a Certain Age.

Darius is another returning character played by Turhan Troy Caylak.

Turhan is a Turkish American screenwriter and actor living in LA and he studied acting and writing for theatre, film, and TV.

He writes and produces his own films in Los Angeles and abroad, and has previously starred in Dead to Me, Barry and As We See It.

Monica is played by Ramona Dubarry, an actress known for her roles in How to Get Away with Murder, Criminal Minds and Code Black.

Fans may also recognise her from Desperate Housewives and Days of our Lives.

The official synopsis for episode one reads: “The NCIS team searches for a suspect and their motive following the bombing of a large facility where military combat drones are assembled.

“Also, Callen and Kilbride get troubling news about a body found in Syria.”

NCIS: LA airs on CBS on Sundays at 10pm.