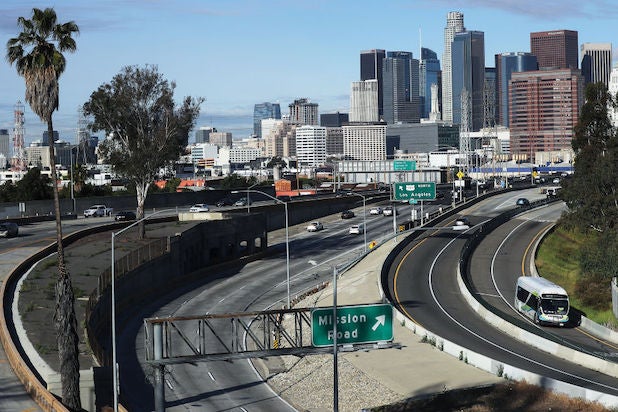 Los Angeles County Department of Health and FilmLA announced changes to COVID-19 protocols for film, TV and commercial shooting in the county that will take immediate effect for all current and future film permits.

Among the changes, which were come to after discussions with Hollywood companies and guilds, is a reduction in the quarantine period for any set worker that has been in close contact with someone diagnosed with COVID-19 from 14 to 10 days. While the DPH advises that workers quarantine for 14 days if possible, those that have to work during days 11-14 must wear a mask and maintain social distance. Actors in the day 11-14 period may perform without a mask but must maintain social distance while performing.

The new regulations also require all film, TV and music productions to test all employees prior to the start of shooting, though FilmLA notes that the majority of productions had already adhered to this rule. In addition, stricter mask requirements have been implemented, including the requirement of a mask for employees in cubicle offices and face shields for any production employee required to be in close contact with others such as hair and makeup artists.

The new regulations come as dozens of productions in the Los Angeles area voluntarily paused for the duration of January, as infections and hospitalizations in the county have skyrocketed through the winter months. Earlier this month, FilmLA reported that film permit requests received in December fell 25% from the previous month and were the lowest seen by the film office since August.