Nicola destroys Charles as she takes drastic action in Emmerdale 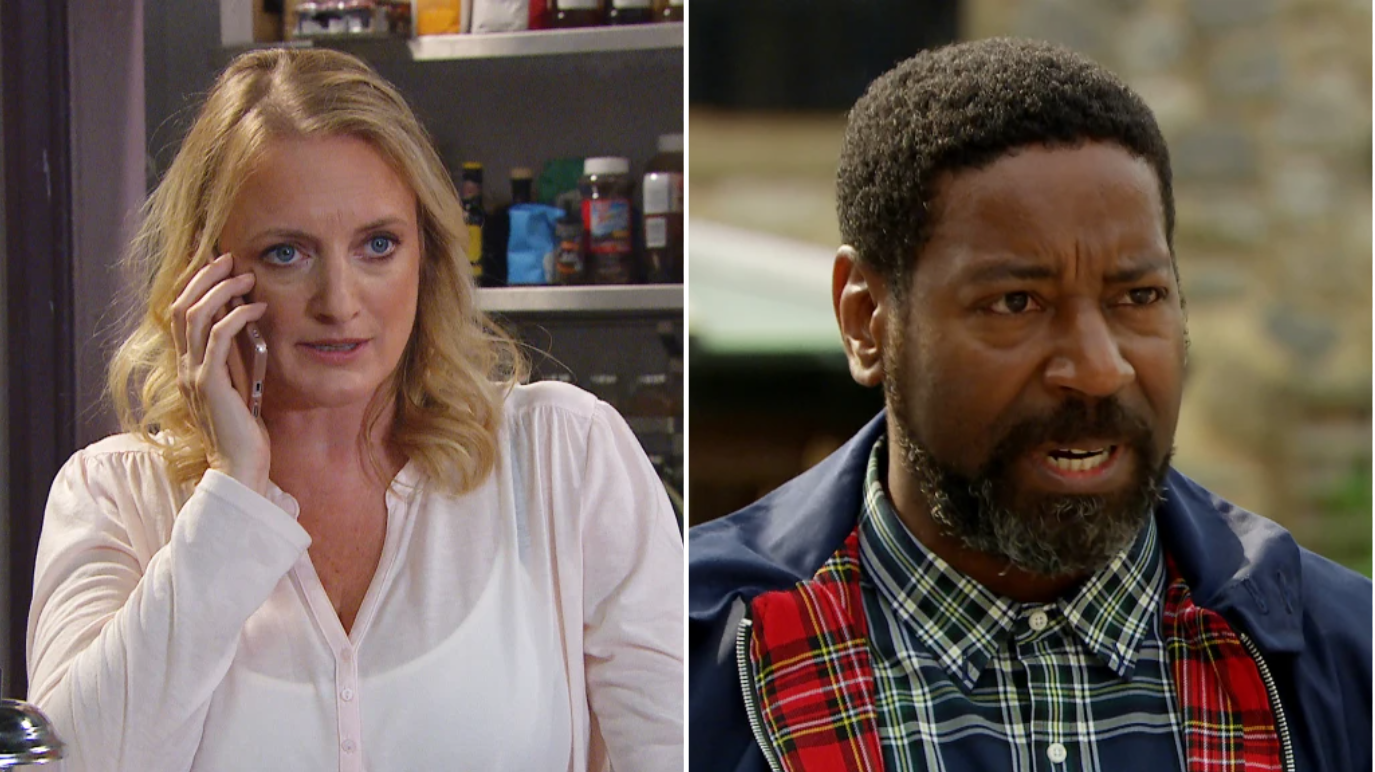 Nicola (Nicola Wheeler) has been on the warpath ever since she learned Naomi (Karene Peter) was involved in her car park attack in Emmerdale – she’s angry and she wants justice, and Charles (Kevin Mathurin) may be about to take the fall.

When Nicola originally found out Naomi was part of the violent gang, she immediately took it out on Charles and Manpreet (Rebecca Sarker), threatening their livelihoods for not doing anything about the hoodlum. She vowed to destroy Charles, and that vow is coming back around.

The classic Nicola smirk returned when the police finally had enough to arrest Naomi after the two women had an exchange which saw Naomi blame Nicola for her own injuries.

But it’s not enough, Nicola wants more and won’t rest until everyone associated with the young criminal is brought down too.

Ethan (Emile John) and Charles are Naomi’s biggest supporters, much to Nicola’s chagrin, and a run-in with Ethan tips her over the edge.

Feeling she has enough to finally ruin Charles’ career, Nicola takes the huge and potentially devastating step in exacting revenge – she makes a complaint about Charles to the Bishop.

The wheels are set in motion, will Nicola successfully destroy his career?