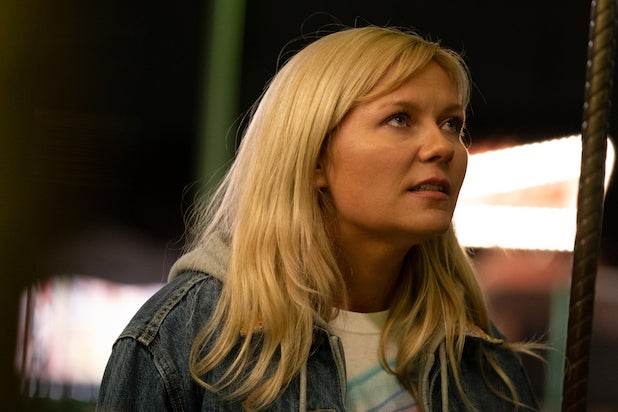 The Kirsten Dunst-led “On Becoming a God in Central Florida” has been renewed for Season 2 at Showtime, the pay-TV channel said Thursday.

The series, which debuted Aug. 25, is described as “a darkly comedic story about the cult of free enterprise and one woman’s relentless pursuit of the American Dream.” In addition to Dunst, the first season stars Théodore Pellerin (Genesis), Mel Rodriguez (The Last Man on Earth), Beth Ditto (Nocturnal Animals) and Ted Levine (The Silence of the Lambs).

Here’s the official description for the series, courtesy of Showtime:

Set in a small Orlando-adjacent town in 1992, “On Becoming a God in Central Florida” follows Krystal Stubbs (Dunst), a minimum-wage water park employee who lies, schemes and cons her way up the ranks of Founders American Merchandise (FAM) — the cultish, flag-waving, multibillion-dollar pyramid scheme that drove her to ruin in the first place, run by the powerful Obie Garbeau II (Levine). Determined to make a better life for herself, Krystal dives deep into FAM and develops a tangled relationship with FAM’s most loyal and fanatical follower Cody (Pellerin), until her business begins to affect those closest to her, including Ernie (Rodriguez), her affable water park boss, and his FAM-skeptic wife Bets (Ditto).

“On Becoming a God’s” Season 2 renewal was announced Thursday by presidents of entertainment at Showtime Networks Inc., Gary Levine and Jana Winograde.

“With such imaginative storytelling and an absolutely inspired lead performance, ‘On Becoming a God in Central Florida’ has been a revelation,” Winograde said. “Kirsten, Esta, Robert, Matt and Charlie have crafted a wondrous blend of satirical light within the economic and emotional melancholy that confronts so many Americans. We couldn’t be happier that ‘On Becoming a God’ is on Showtime, nor more eager to see what wild events await our ensemble in the downline of season two.”

Season 1 of “On Becoming a God in Central Florida” airs Sundays at 10/9c on Showtime.