Sir David and Nicholas Lyndhurst’s unforgettable performance in the 1996 Christmas special Heroes and Villains remains a fan favourite to this day. It broke Only Fools And Horses’ previous records after 21.3 million viewers tuned in. The episode was also voted the UK’s favourite Christmas show of all time in a 2001 poll and featured in the London Olympics’ closing ceremony 11 years later. But in Sir David’s new book, A Del Of A Life, the London-born actor recounted how the BBC risked ruining the episode by blowing their big reveal.

Sir David “shuddered” at how Heroes and Villains would have been received if they hadn’t been able to “put our feet down” and “control” what went out in advance.

He claimed they were “fighting a battle on two departments” around the time it aired – with the BBC’s publicity department and the press.

At the time, the corporation wanted to “get out ahead” of the show’s release to ensure viewers would tune in by teasing pictures and scenes in the trailer.

In the episode, Derek ‘Del Boy’ and Rodney Trotter were headed to a fancy-dress party and after a long suspenseful build-up were revealed to have dressed as Batman and Robin. 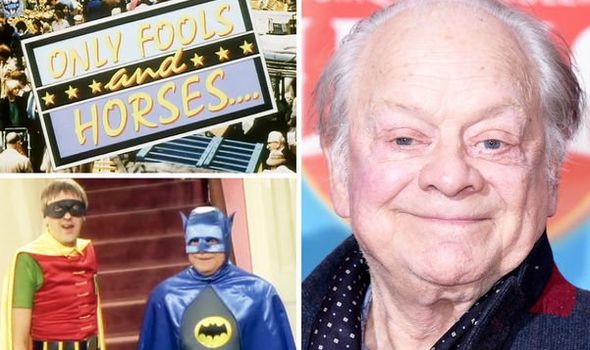 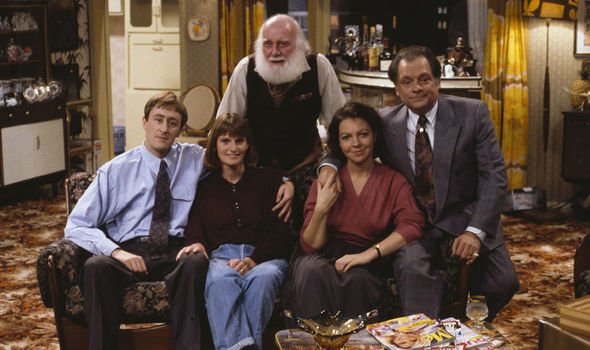 Tension rose as the star’s bickered about the costume in a voice-over to avoid the audience seeing them, when suddenly their synonymous Reliant Robin car broke down.

Del Boy, who was known for his bad dress sense, chose the Superhero outfits in a bid to win the best costume prize – a £1,000 sound system – at the party.

After their engine stalled Nicholas’ character, who was embarrassed and annoyed that they didn’t wear Blues Brothers costumes, protested: “I’m not getting out dressed like this!”

It was then that Sir David’s “ridiculous pixie boot” emerged from the car and the Peckham siblings were revealed to have dressed in traditional Batman and Robin suits. 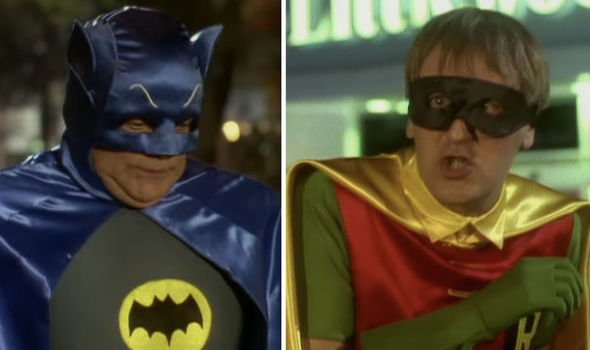 Later in the episode, further humiliation unfolded after the wheeler-dealers stormed into the fancy dress party only to realise it was a wake because the host had died.

Sir David explained that the “great suspense” built during those driving scenes would have been for nothing if the BBC had revealed their outfits during promotional clips.

He wrote: “Even a glimpse of Del or Rodney in those stupid costumes before the episode was broacdcast – indeed at any moment… would have been ruinous.” 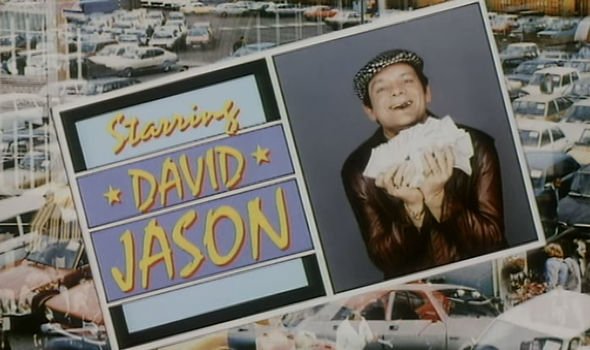 Sir David felt that a premature reveal would have “shredded all that careful build-up” and they might as well have shown the brothers putting their costumes on at home.

He continued: “That sequence was all about the delayed revelation. That was the whole joy of it.”

The episode’s big reveal was a closely guarded secret and led to their decision to film in Bristol instead of London.

The cameras rolled after midnight to avoid passersby and they stationed security guards around the set’s perimeter to deter prying eyes. 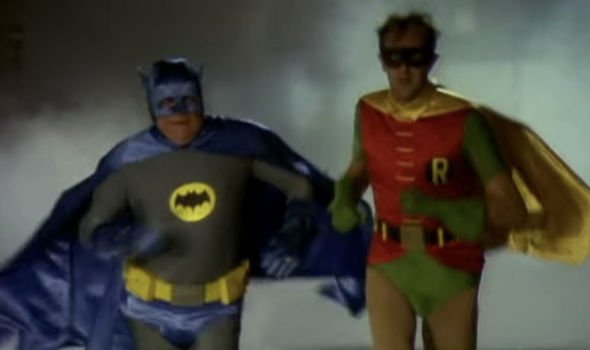 Sir David was thankful that they “had the clout” to make a strict demand to the BBC: “Nothing showing Del and Rodney in those outfits should be leaked.”

Their instruction was adhered to and the big reveal wasn’t shown until the episode was broadcast.

The actor added: “A picture in the paper could have spoiled it. A trailer would have killed it stone dead.”

Sir David Jason’s new book A Del Of A Life was published by Century Press in October and is available here.