Oscars 2021 predictions as best picture nominations battle it out 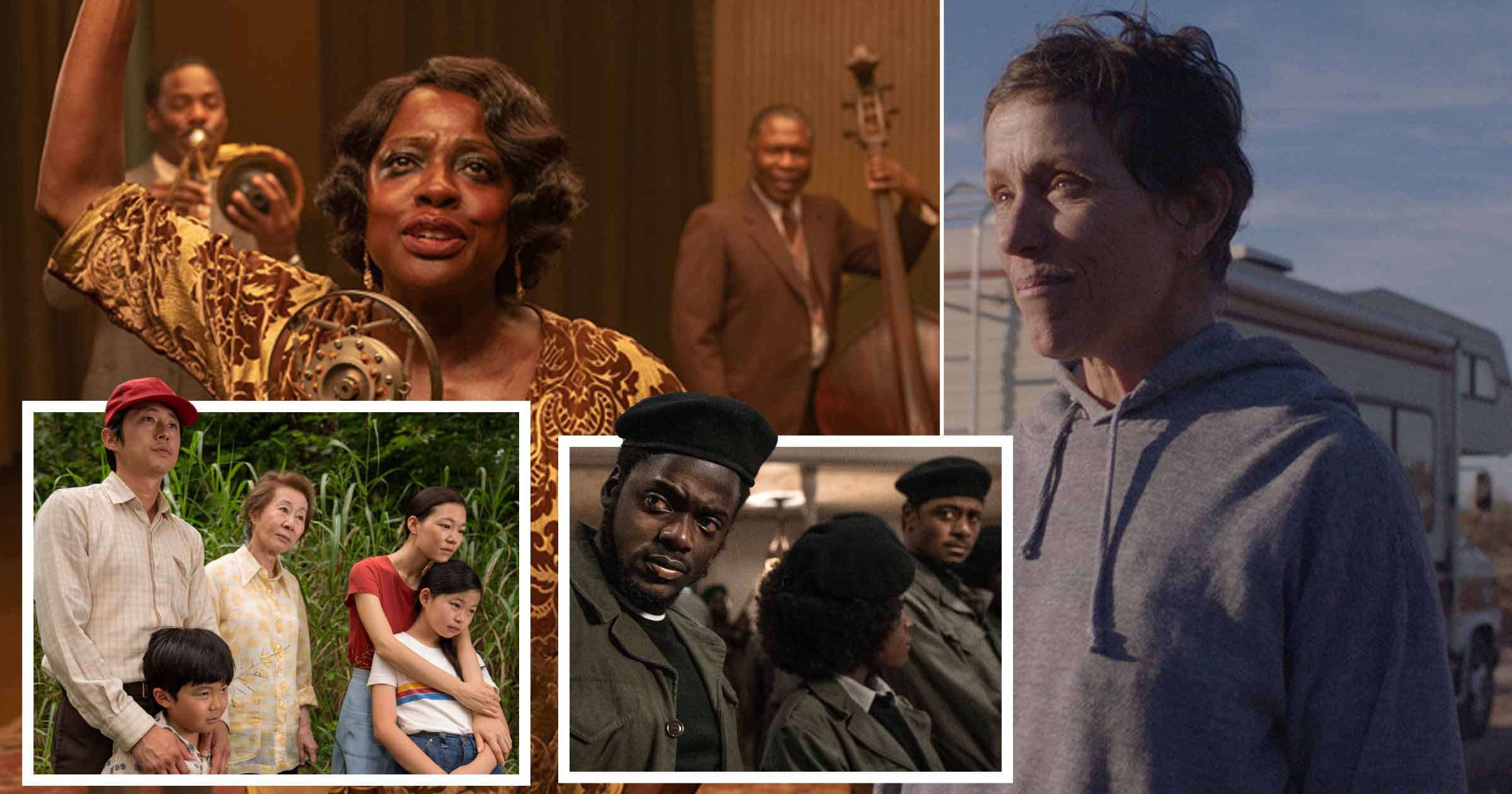 Hollywood is getting ready for the biggest night in film, with the Oscars finally taking place on Sunday.

Originally due to hit our screens in February, the 93rd Academy Awards was postponed due to the pandemic, with much of the awards season following suit.

Despite restrictions, a limited audience, a pared-back red carpet and international hubs, it’s business as usual for the most talked-about night in the film calendar.

Ahead of the action, Metro.co.uk has made predictions on who could be walking away with a coveted statue – and whether there will be any huge shocks on the way.

Fans and critics alike have raved about Lee Isaac Chung’s masterpiece, following the footsteps of an immigrant family from Korea getting to grips with the reality of the American dream, starring Han Ye-Ri, Steven Yeun and Yuh-Jung Youn – with the latter two scoring their own nominations in acting categories.

It’s so hard to write about the identity struggles and do a story justice, especially when it’s based on Lee’s own, and he managed to execute it tenderly across all generations.

Although there may be some stiff competition in the battle for best picture, particularly from Nomadland and Promising Young Woman, we’re predicting that Minari runs away with it.

Chadwick Boseman’s final role before his death, as trumpeter Levee in Ma Rainey’s Black Bottom, was an absolute masterclass.

Alongside Viola Davis, who’s also up for best actress for her role as Ma Rainey, Boseman brought the role to life in a way not many other actors could.

Boseman has this year secured a Golden Globe, a Critics’ Choice Award, and a Screen Actors’ Guild Award, and an Academy Award would be incredibly well-deserved too.

For best actor, Boseman will be up against Sir Anthony Hopkins for The Father, Riz Ahmed for Sound of Metal, Steven Yeun for Minari, and Gary Oldman for Mank.

Daniel Kaluuya leads the way in Judas and the Black Messiah, starring as Black Panther chairman Fred Hampton – who was shot and killed during a raid when he was just 21, with police informant William O’Neal (LaKeith Stanfield) helping to bring him down.

Daniel has swept up during awards season, nabbing trophies at the Baftas, Golden Globes and the Screen Actors Guild for his searing portrayal as Fred

Both Daniel and LaKeith have been nominated in the best supporting actor category, alongside Paul Raci, Sacha Baron Cohen and Leslie Odom Jr, but we think Daniel will just edge it.

Vanessa Kirby stunned audiences with her performance in Pieces of a Woman, most notably for the intense 24-minute labour shot, which The Crown star put her all into.

The actress has been widely nominated for the role, but is yet to win at a major awards ceremony this year.

She’ll be up against Andra Day for The United States Vs Billie Holiday, Carey Mulligan for Promising Young Woman, Viola Davis for Ma Rainey’s Black Bottom, and Frances McDormand for Nomadland.

Yuh-Jung Youn totally stole the show as the unwittingly hilarious Soonja in Minari, and has already tasted success this awards season, taking home best supporting actress at the Baftas earlier this month.

The actress shined throughout, stealing our attention in every single scene, with her bond with cheeky young co-star Alan Kim (David) – and it’s that shine that will see Yuh-Jung taking home the Oscar for best supporting actress on Sunday.

Seeing as she thanked all ‘snobbish Brits’ in her acceptance speech at the Baftas, we’re already totally excited for her winning moment.

Chloe Zhao has taken the world by storm this year, and it’s unlikely to stop short of the Oscars, as she brought the world of van-dwelling nomads to life.

The filmmaker, who’s also taking on Marvel’s Eternals, has already scooped up a Critics’ Choice Award and a Golden Globe this year, but we’re sure there’s still room on her shelf.

Plus, she and Emerald Fennell, the director behind Promising Young Woman, have made history, as multiple women were nominated in the same year.

While Regina King appeared to be slightly snubbed from the directing category, One Night in Miami still secured nods in other categories, with Leslie Odom Jr’s song Speak Now being the stand-out for best song.

It’s a beautiful and powerful song that perfectly rounds out the film.

Other songs nominated include Hear My Voice from The Trial of the Chicago 7 and Fight For You from Judas and the Black Messiah.

The 93rd Academy Awards will air on April 26 at 1am on Sky Cinema.

Thomas Vinterberg  – Another Round

Actress in a leading role

Vanessa Kirby – Pieces of a Woman

Actor in a Leading Role

Actress in a supporting role

Actor in a supporting role

Sacha Baron Cohen – The Trial of the Chicago 7

One Night In Miami

If Anything Happens I Love You

A Concierto is a Conversation

A Love Song for Latasha

The Man Who Sold His Skin – Tunisia

The One and Only Ivan

A Shaun The Sheep Movie: Farmageddon

Fight For You – Judas and the Black Messiah

Hear My Voice – The Trial of the Chicago 7

Speak Now – One Night in Miami