The deleted scene takes place after episode seven of Outlander season five, when Roger (played by Richard Rankin) was hanged as a traitor in a case of mistake identity. He luckily survived the hanging but understandably struggled to speak after the incident. Fans saw Brianna (Sophie Skelton) struggle to get her husband to open up and in one cut clip, she can be seen turning to father Jamie (Sam Heughan) for advice.

Jamie has been threw his fair share of traumatic experience; he’s been raped, beaten, spent a prolonged amount of time in jail and come close to death.

He also endured a 20-year separation from the love of his life, Claire (Caitriona Balfe), so it’s understandable Brianna would want his advice.

She explains to him she can’t get through to Roger and she’s struggling to connect.

It’s clear Brianna thinks Roger’s experience could mark the end of their relationship but Jamie consoles her, insisting nothing can come between them. 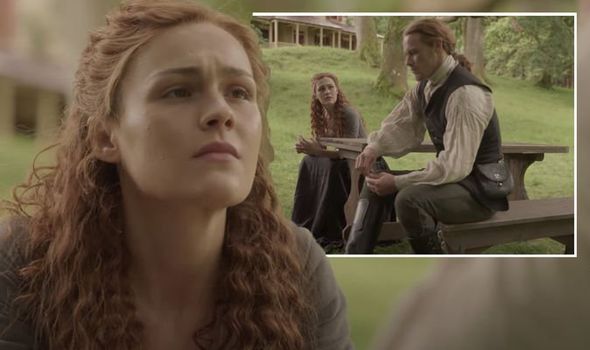 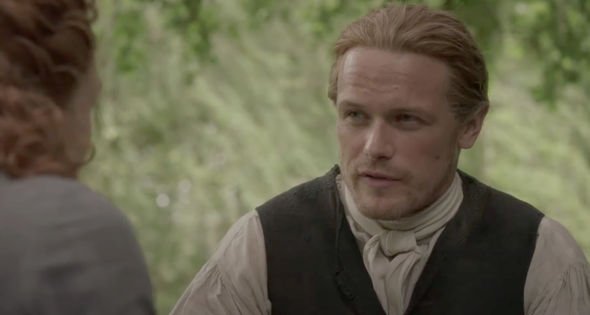 Brianna asks: “How do you bring someone back?”

Brianna continues: “It’s like he’s not Roger anymore. He can talk, he’s just choosing not to.

“I have been patient but today I gave him both barrels. I lost my temper.” 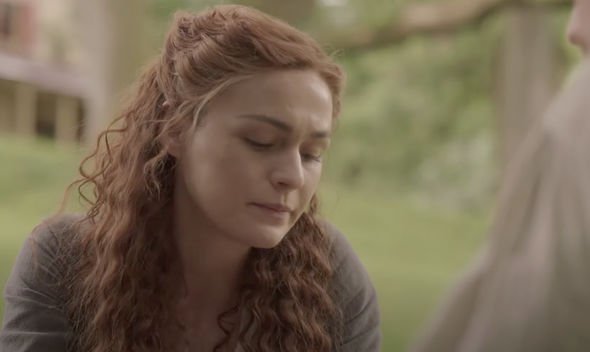 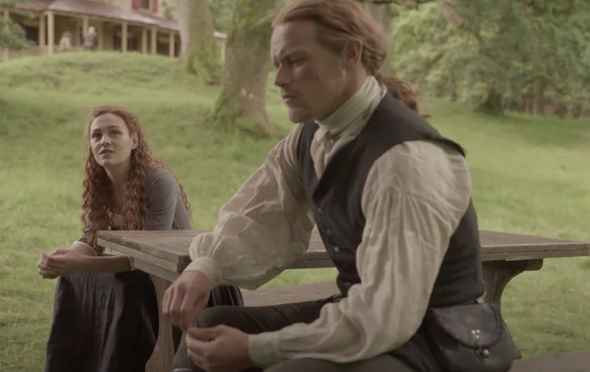 Jamie tells his daughter: “That’s the Fraser in you,” before he continues: “When two people love each other enough, nothing can tear them apart.

“No pain, war, death, nor time. I told your mother once, ‘Nothing is ever lost, only changed.’

“She told me it was the, uh, first law of thermodynamics. I said it was faith.”

Brianna smiles back at him: “It’s easier to say.”

“Harder to put into practice,” Jamie replies. “But you must.”

Fans of the series know Brianna and Roger managed to reconnect and even managed to rid themselves of Stephen Bonnet (Ed Speelers), who tried to snatch Jemmy away from them.

They also decided to try and return to their own time, only to find for them, “home” meant Fraser’s Ridge.

Actress Sophie has teased fans there is “every more happening” in Outlander when the show returns for season six.

Speaking at PaleyFest LA last month, she explained: “I feel like in season five, so much happened.

“It is almost like every episode was its own little movie. It was so fast paced.

“It is exciting to go back and have so much more of that material. Thanks, Diana. Everything that could happen to a person, Brianna has pretty much been through.

“But I know that there is even more happening next season and it will be exciting to see what’s left to do. It is always amazing and I have a feeling it will be an absolutely packed season.”

Outlander seasons 1-5 are available to stream on Amazon Prime now.