Ozark: Cast members look ahead to the final season

Helen Pierce (played by Janet McTeer) finally met her comeuppance in the season three finale of Ozark as cartel boss Omar Navarro (Felix Solis) cemented money laundering husband and wife duo Marty (Jason Bateman) and Wendy Byrde (Laura Linney) as his closest allies. The moment took the Byrdes and Netflix viewers at home by surprise as hitman Nelson (Nelson Bonilla) pulled the trigger, teeing up an intriguing season four. However, as fans await the final season’s arrival on the streaming service, some eagle-eyed viewers have pointed out Jonah Byrde (Skylar Gaertner) may have foreshadowed Helen’s demise earlier in the series.

Erin had been sent to spend the summer with her mother who’d recently relocated to the picturesque location, and it’s fair to say she wasn’t best pleased.

Spending the summer away from her friends and social circle back in Chicago, Marty and Wendy implored their teenage children to befriend Erin – although the friendship was far from smooth sailing.

And while she appeared to get on well with Charlotte at the beginning, Jonah remained rather awkward around Helen’s daughter. 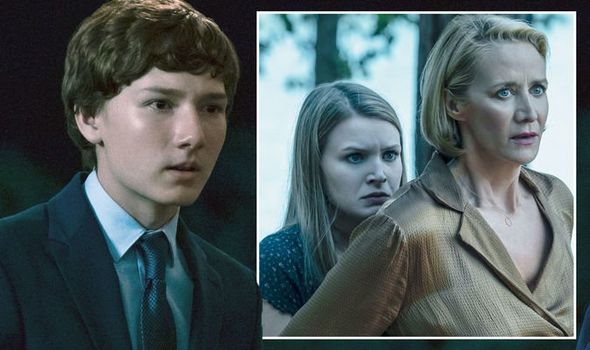 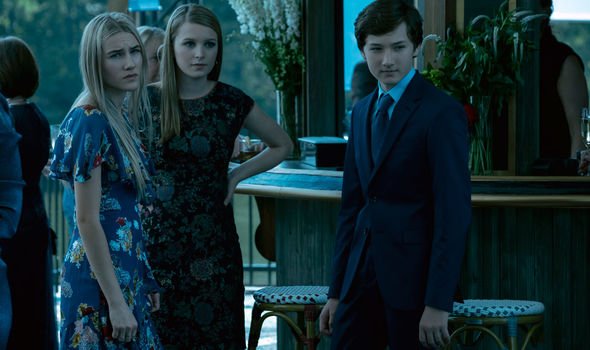 This was no more evident in the third episode of season three when the trio decided to take a boat out onto the lake.

And eagle-eyed fans are convinced Jonah may have given away the fate of Erin’s mother in this very scene.

In it, Charlotte and Erin are soaking up some sun while the former reads her book.

Jonah is stood nervously by the controls of the boat and he begins peppering Erin with odd questions in an attempt to strike up a conversation. 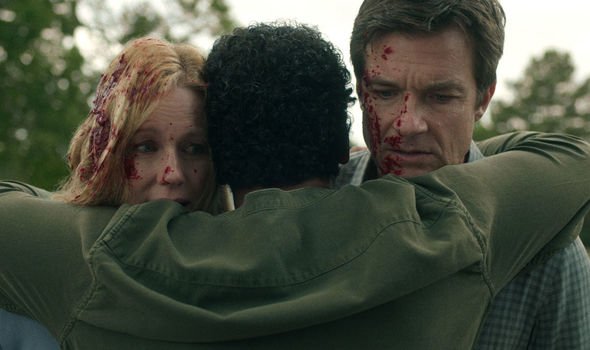 “What’s the name of your school?” Jonah asks, prompting a one-worded reply from Erin: “Woodlands.”

“Marie,” Erin bluntly replies once more as it becomes clear sister Charlotte is getting annoyed as well.

And then Jonah drops a rather random and graphic question as he asks: “Would you rather die by a firing squad or drowning?”

Both Erin and Charlotte are completely weirded out by his line of questioning, with Charlotte even snapping at him to stop “acting insane”.

And it’s an odd question that has led some fans to believe could be a nod to Helen’s eventual demise.

After all, she died via a gunshot wound and was also almost drowned at the hands of Navarro’s gang when she was waterboarded in the series.

Putting forward the moment on Reddit, user Detzeb pointed out: “The irony/foreshadowing related to Jonah’s question to Erin (Season 3 Spoilers).”

And it didn’t take long for fascinated fans to weigh in after spotting the nod to Helen’s eventual bloody ending.

“I also like the foreshadowing of Navarro saying ‘what you expect me to bring you close to my family and put my arms around you,’ and does right after Helen gets shot,” one fan replied.

And another weighed in: “Plenty of neat lines scattered through seasons 1-3 that will have more significance when Season 4 is out.”

But what lies ahead for Erin now her mother has been killed in the fourth and final season?

Ozark seasons 1-3 are available to stream on Netflix now.