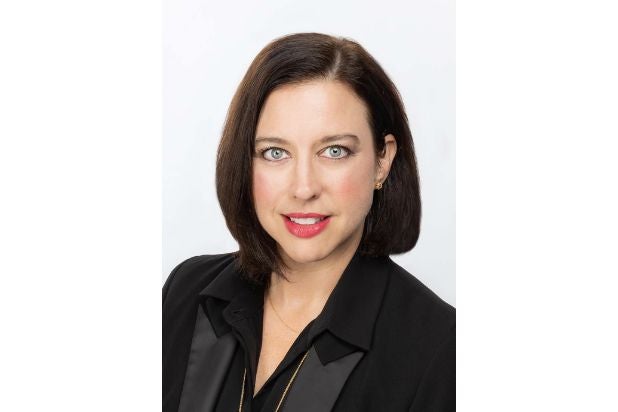 “In the last 12 years, Spin Master Entertainment has developed into a fully imagined entertainment company, capable of everything from development through distribution, franchise management and our latest achievement – feature film production,” Dodge said in a statement. “I’m excited to step into this elevated role, leading an exceptionally talented team as we continue our pursuit of developing original content that resonates with kids and families globally.”

Dodge has spent a decade with the company, most recently as executive vice president of the entertainment division for the last three years. Her responsibilities have included leading the entertainment group, overseeing the current production slate and developing evergreen global properties. And she will now take charge of Spin Master’s entertainment creative center, overseeing franchise growth, content development, production and global distribution.

Dodge is the producer on the upcoming “PAW Patrol: The Movie,” which is Spin Master Entertainment’s first movie that is in production along with Nickelodeon Movies and to be distributed by Paramount. She’s also overseeing six TV series broadcasting across platforms, including “Paw Patrol,” “Mighty Express” and “Bakugan.”

Dodge first joined Spin Master in 2009 to help establish a TV development and production group inside of the larger toy company. She remained with the company until 2015 before returning in 2017 when she took over the reins of the entertainment group. Over the last 12 years, she has been largely responsible for growing Spin Master into a fully imagined entertainment company handling distribution, franchise management and production.

Prior to joining Nickelodeon, Dodge served as vice president and executive producer for Spin Master Entertainment from 2009 to 2015. During that time, she oversaw more than 200 episodes of animation including “PAW Patrol” and “Little Charmers.” And before joining Spin Master, she served as vice president of distribution and sales operations for Cookie Jar Entertainment (now part of DHX Media) and director, production and development for Decode Entertainment (DHX Media).

Dodge graduated from Memorial University of Newfoundland, with a Bachelor of Arts degree in Linguistics and Psychology.

Clunie in her expanded role will continue to oversee the development team and the creative strategy for both long form and short form content and will expand her role to include the company’s feature film slate acting as a producer for greenlit projects. She’s been at Spin Master for six years.

Stevens in her expanded role will continue to maintain oversight over all aspects of production and entertainment planning, including feature films. Toni has been with Spin Master since 2017.

Mokriy in his expanded role, Dan will be responsible for executing the creative vision of Spin Master’s slate, while ensuring that physical production maintains its programming.

Stroh in his new role will be responsible for creative deliverables on all current series adding “Unicorn Academy” to his existing responsibilities. He will champion the collaboration between the entertainment and toy creative centers, as well as coordinate with other areas of the business such as franchise management and marketing.