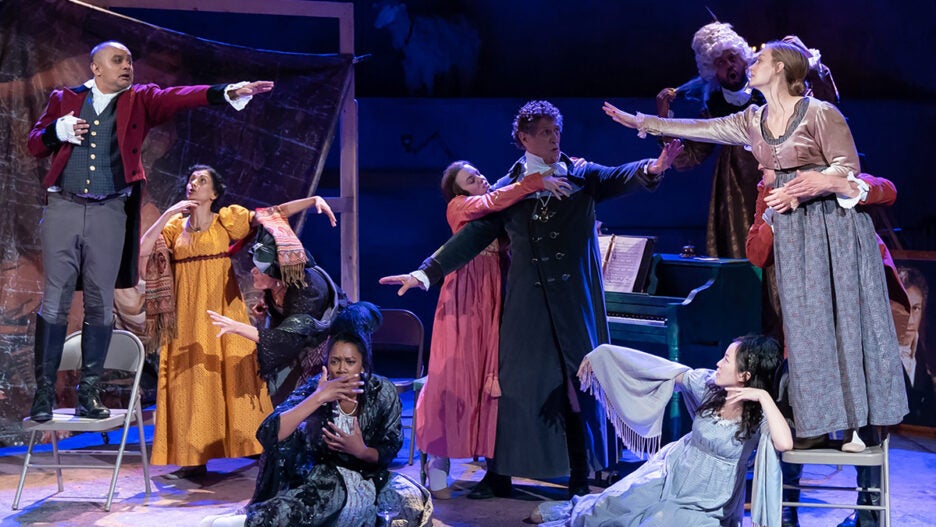 Over the last decade, Eric Tucker’s Off Broadway troupe Bedlam has performed a string of classic stories with a kind of do-it-yourself thrift-store bravado — everything from Shakespeare to George Bernard Shaw to Arthur Miller’s “The Crucible.”

Nearly a decade after mounting Kate Hamill’s “Sense & Sensibility” in a production that ran for months in New York and toured nationally, the company is now tackling Jane Austen’s final novel, “Persuasion,” in a witty but sometimes bloated new adaptation by Sarah Rose Kearns that opened Tuesday at Off Broadway’s Connelly Theater.

Arielle Yoder stars as Anne Elliot, the middle daughter of a narcissistic baronet who at 27 is considered a spinster — but who gets a second chance at love eight years after she was forced to break off her engagement to a Royal Navy sailor named Captain Wentworth (Rajesh Bose), who has now returned triumphant from the Napoleonic Wars. 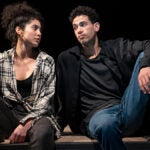 We see the course of their early flirtations in quick-cut flashbacks — when he is wearing a 21st-century hoodie for no discernible reason. (Maybe because he’s of lower rank at the time? But no other character dons modern garb, including the handful of servants who pop up from time to time.)

By the time of his return, Wentworth has donned more period early-19th-century garb (the costumes are by Charlotte Palmer Lane). Tucker and the Bedlam team love these anachronistic flourishes, some of which play better than others. They will light scenes with handheld desk lamps, for instance, or use mics on either end of the stage to provide sound effects of singing birds or the clop-clop of horses’ hooves.

But since the reunion of Anne and Wentworth is a foregone conclusion, this production prolongs the denouement with two and a half hours of filler — some of it entertaining, a lot of it confusing (it can be hard to keep the characters and family relations straight, especially with so many actors doubling and tripling up on roles) and some of it just plain silly. There’s a second-act party featuring Yonatan Gebeyehu as Lady Dalrymple that is so over-the-top that the production drifts into British panto (including actors breaking on stage).