Last year, Apple TV+ debuted the first season of the Rose Byrne-starring drama, “Physical,” about San Diego mother Sheila Rubin (Byrne) and her desire to build an aerobics empire in the 1980s. The series had many of ’80s-set show staples, including a colorful wardrobe. Alongside that, it was a personal story for series creator Annie Weissman, who felt that San Diego and the ’80s were often portrayed as idyllic places which she wanted to subvert. The first season received mixed reviews from critics, with several pointing out that Sheila’s voice-over narration, coupled with her character’s eating disorder, were anxiety-inducing and indulging in disordered eating stereotypes.

Season 2 feels like a course correction with a desire to embrace the “autonomy” Weissman found interesting about women and aerobics in the 1980s. Sheila is working to tailor herself into a lifestyle brand, but everyone else in her orbit is working on themselves, too. Rose Byrne was good before, but with stronger writing and a more confident character arc, she is utterly amazing in Season 2. Much of this is shunted to the latter half of the season, once Sheila enters a downward spiral that sees her seeking out fitness instructor Vinnie Green (Murray Bartlett) while contemplating recovery. But even within the first half of the season she’s wonderful. At one point, she’s doing an aerobic performance at a local fair, but ends up being laid low by a mysterious pain. Watching Byrne perform, a smile on her face, while her inner monologue tells her to dance through the pain is an effective summation of the season: Sheila has learned to push through the pain when she now doesn’t have to. She can be strong and confident without needing to hurt.

Sheila has so many different roads to go down, from dealing with the fallout between her and Bunny (Della Saba), the young woman from whom Sheila stole the idea for a fitness tape, to her affair with business developer John Breem (Paul Sparks). This season shows us that Sheila isn’t the only one who is damaged; she surrounds herself with damaged people in the hopes of fixing them to put off fixing herself. This culminates with her being drawn to Green, whom Sheila believes has all the answers.

Without spoiling things too much, this season attempts to tackle a lot of the harder topics laid out in Season 1, including Sheila’s disordered eating. It’s a showcase for Byrne as a performer because as she engages with different characters, the actress tailors Sheila to fit. When she’s meeting with best friend Greta (Dierdre Friel), she’s a confident businesswoman. With John, she’s a wanton femme fatale.

But for all the emotional work she’s putting into these relationships, those in her life are giving her nothing back. It leads to a fairly crucial breaking point halfway through the season that sees Sheila make a serious attempt at growth. And because Sheila is working on herself, her voice-over feels surprisingly muted. Not only does Sheila not have as much time to indulge her disorder, the voice doesn’t hold as much power over her. Because it’s stripped down and not nearly as pervasive as in Season 1, the audience isn’t as bombarded with negativity. They’re able to watch the story, knowing who Sheila is as a person, without constant reminders of how much she hates herself. 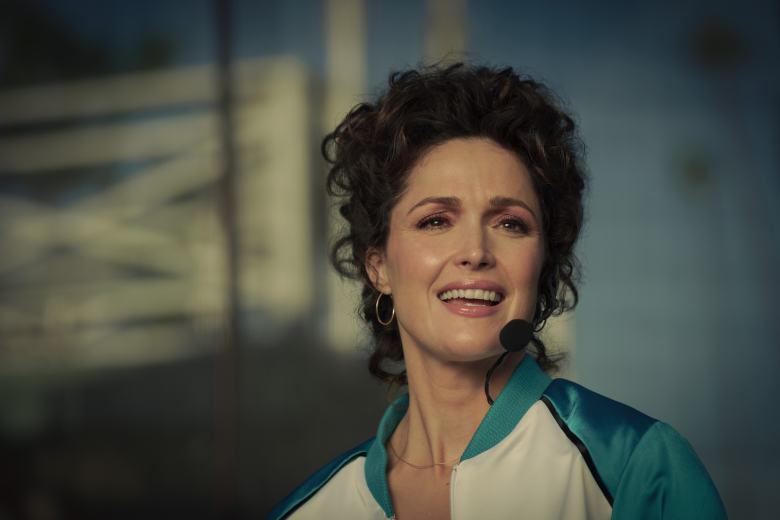 Sheila and her husband, Danny (Rory Scovel), in Season 1 were a couple that the audience didn’t see as making sense. He’s the pedantic former professor trying to engage in affairs with students while believing himself to be a quasi-activist. Meanwhile, his wife thinks he’s the biggest idiot. Though there was exploration on what initially drew them together — Danny saved Sheila from a stifling family that denied her childhood sexual abuse — it felt stereotypical.

This season sees Danny genuinely attempt to be the man his wife wants him to be. He declares he’ll help raise their daughter, do chores, and help her start her company. At several points throughout the season, even when Sheila lets him down, Danny tries to understand who he is. At a key moment, Danny makes big decisions about the future of their relationship, and while it pushes him into a potential villain role in Season 3 it’s easy to understand. In a series where there isn’t a ton of romance, it’s as close as this series comes to showing us a man at least willing to try to step up for Sheila. We understand why they’ve stayed together so long, even if it’s clear that where they are now isn’t where they began.

Where Scovel played the role before as slimy and goofy, this season he’s empathetic (though still goofy). Not to mention the back-and-forth dynamic between Sheila and Danny — from the moment in the beginning of the season where she admits how much she hates him to a later moment of them getting high and conjuring up business ideas — finally helps the audience understand why these two have stayed together so long. 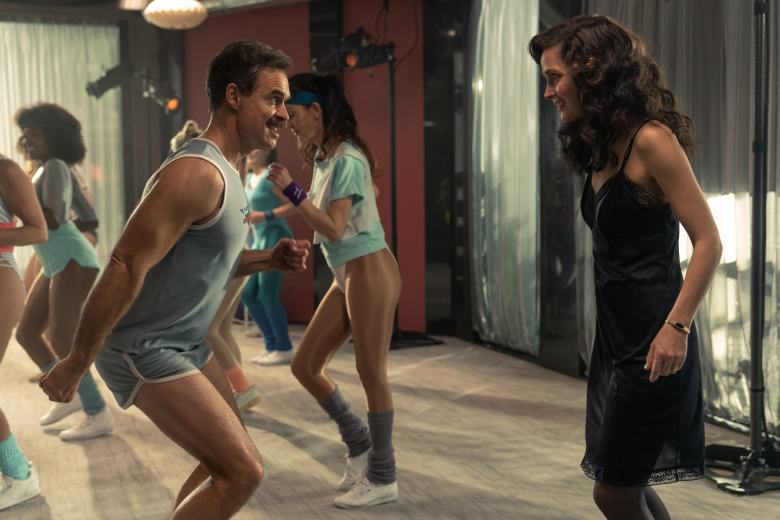 There aren’t many new characters introduced this season, which feels unique considering how shows tend to stunt cast the longer they go on. Bartlett’s Vinnie Green is the only major new addition and he is such a welcome one. As another aerobics maven, he is strong, confident, and has an eerie way of getting to the root of why his clients are indulging in exercise.

For Sheila, she believes she’s found a person who truly understands her but, like with her relationship with Breem this season, each is really a charlatan in their own way. They may get parts of who Sheila is, but they’re more eager to consume and own her than be a support system for her. Bartlett looks to be having such fun, and him and Byrne have one of the best moments of TV this year in Episode 8.

This season of “Physical,” though it is more emotionally intense, has a tendency to feel lighter than Season 1. Maybe because Sheila’s hatred of herself isn’t as pervasive — a grander emphasis on showing her story rather than using the voice to tell us — or because the other characters get a chance to speak funnier lines. By the end of the season the voice has come back with a vengeance, but it’s the result of all the massive change that’s gone in Sheila’s life. There’s a buoyancy to this season that’s engaging and keeps you watching. Though watching Season 1 of “Physical” helps establish the various characters, there’s certainly enough separation of time from Season 1 to 2 that you could jump into the second season with only a cursory viewing of the first. You should do that.