GMB: Piers Morgan walks off after clash with Alex Beresford

Piers Morgan fans have been left aggrieved when they tuned into Good Morning Britain to see Alex Beresford sitting in his hosting seat. So much so, Ofcom has received complaints over the meteorologist taking on a main role on the show as part of a presenter rotation in the wake of Piers quitting.

Since Piers sensationally left the show, Susanna Reid has been joined by Ben Shephard on Monday’s, Tuesday’s and Wednesday’s.

The on Thursday’s and Friday’s it is pot luck as to who ITV viewers see hosting the show.

Last week, Kate Garraway joined Susanna before ending the week with Alex by her side.

Kate said it was “lovely” to have him back and Alex then commented on Kate’s Finding Derek documentary and she replied: “And you’ve had tumultuous times as well Alex, it’s lovely to have you here, it very much is.” 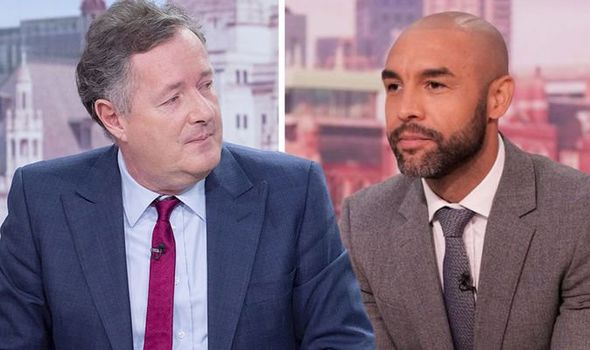 After sitting in the main chair, Alex was spotted liking a tweet that read “good things come to when you’re not a p****”.

And while some enjoyed the change Alex brought to the show, others thought it was too soon for him to be sitting in Piers’ seat after the row they had on-air the day Piers quit.

Someone on Twitter said: “Is it just me that feels particularly annoyed that Alex Beresford is now sitting in Piers Morgan’s seat? Method in the madness? Not amused!”