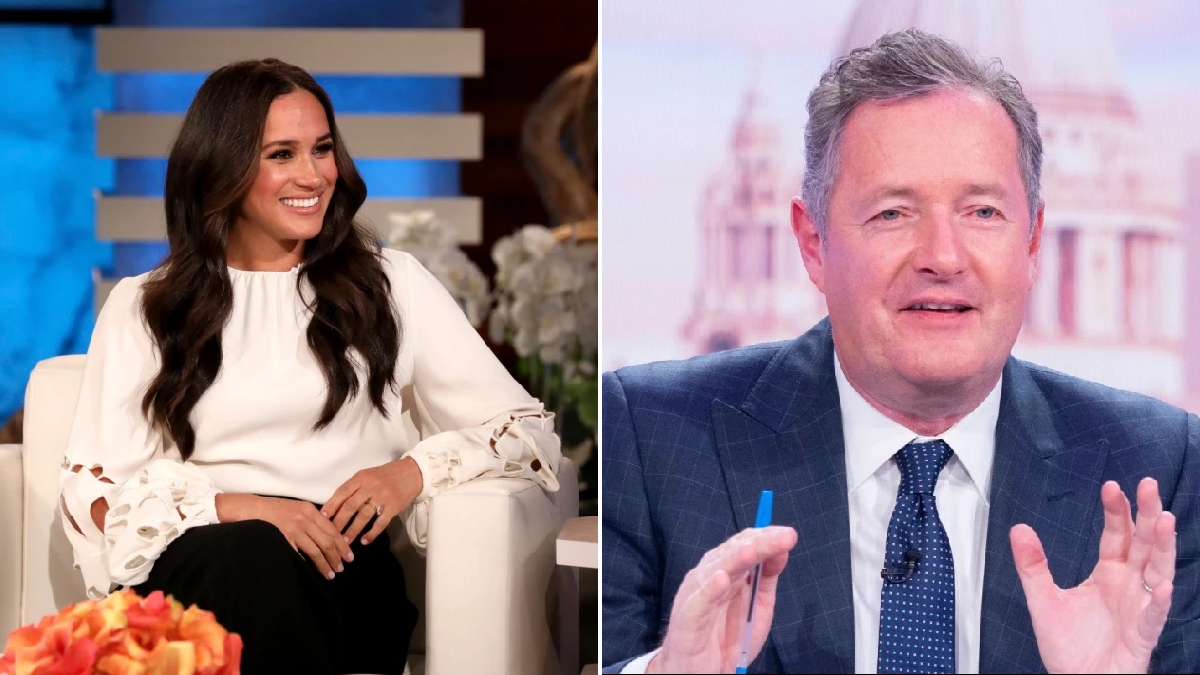 Piers Morgan has hit out at Meghan Markle’s interview with Ellen DeGeneres on The Ellen Show.

The Duchess Of Sussex appeared on the CBS show on Thursday where she showed a rare photo of her son Archie, as well as revealing how she and husband Prince Harry once went incognito at a Halloween party.

Former Good Morning Britain presenter Piers, who is famously said he ‘didn’t believe a word’ when Meghan laid bare her struggles with Oprah Winfrey, was quick to comment on the chat.

Taking to Twitter, the host reposted a photograph of Meghan and Ellen together, writing: ‘Are they discussing bullying in the workplace?’

Piers’ quip comes one year after allegations of bullying and intimidation on the set of The Ellen Show.

Ellen apologised and said she was ‘committed to ensuring this does not happen again’ while Warner Bros investigated.

His controversial remarks came after a clip aired of Meghan discussing her issues with mental health and suicidal thoughts and royal officials’ knowledge of them.

At the time, Piers said: ‘I’m sorry, I don’t believe a word she says. I wouldn’t believe her if she read me a weather report.’

His comments were criticised by mental health charity Mind.

The organisation previously said in a tweet it was ‘disappointed and concerned’ by Piers’ comments, adding: ‘It’s vital that when people reach out for support or share their experiences of ill mental health, they are treated with dignity, respect and empathy.’

In his first TV interview following his Good Morning Britain departure, Piers doubled down on his view, telling US conservative news personality Tucker Carlson that Meghan and Harry had done the ‘most extraordinarily disingenuous smear, hit job’ on the royal family.

And he said he has the backing of the public, adding: ‘Old, young, Black, white, it didn’t matter. They’ve been coming up to me in their droves all day every day.’