Pistol: How Sex Pistols actors lived up to punk legacy and caused chaos on set 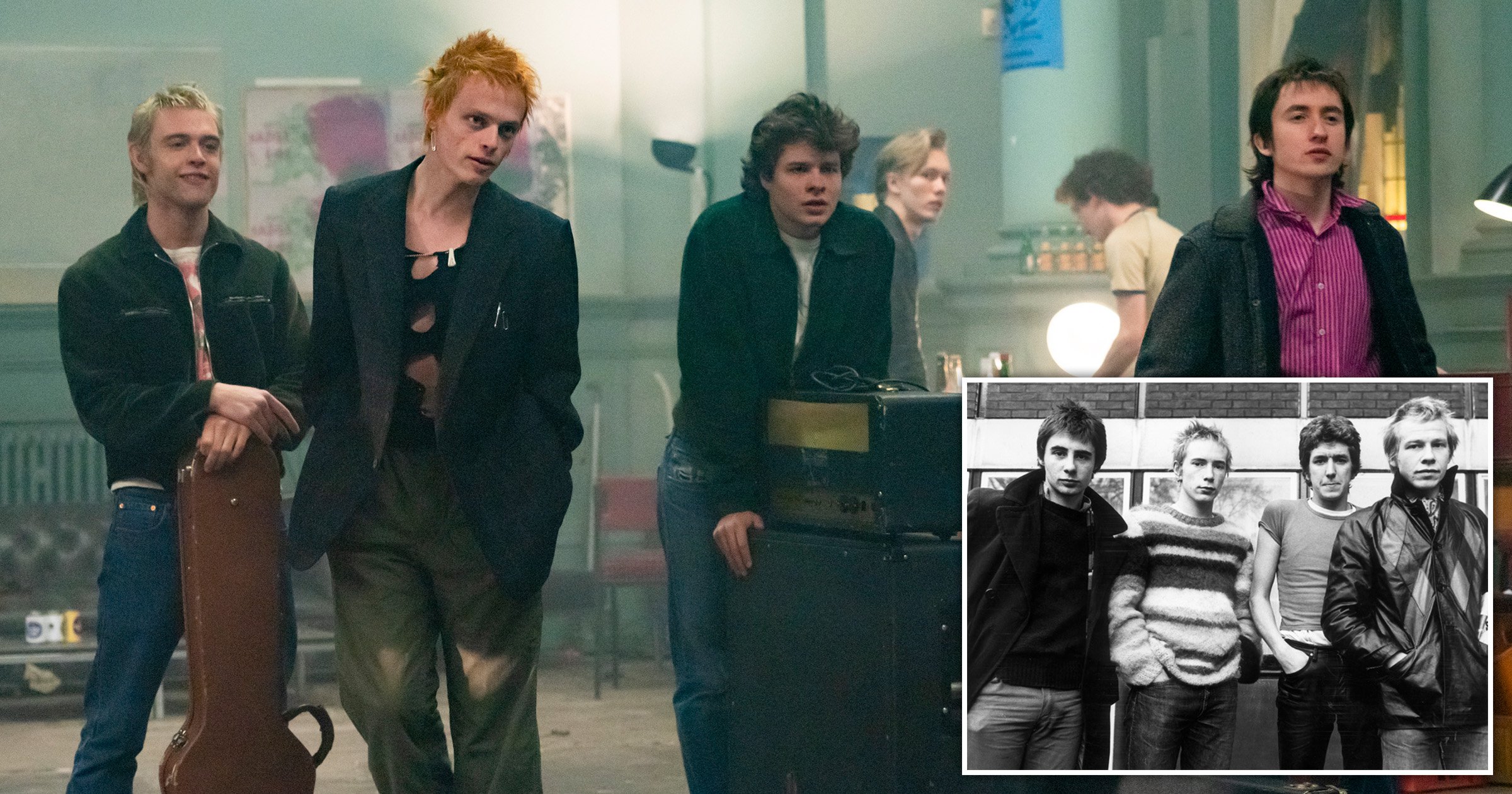 The actors who played the legendary Sex Pistols in Danny Boyle’s new series have revealed that they took Anarchy in the UK seriously, genuinely causing a spot of chaos on set.

We never should have expected anything different!

Anson Boon (John Lydon), Louis Partridge (Sid Vicious) Christian Lees (Glen Matlock) and Jacob Slater (Paul Cook), who starred alongside Toby Wallace (Steve Jones), revealed that, while they had a blast on set, not everything went to plan…

Louis admitted to Metro.co.uk: ‘We did drive people up the wall playing our instruments constantly in between takes.

‘Some of the fights we would lightly rehearse but then when the cameras started rolling, the plan did go out the window,’ Christian recalled. ‘They got very real!’

The Sex Pistols – and the actors who play them

Louis went on to reveal he got actual battle scars from none other than Sex Pistol Glen Matlock’s son Sam.

‘I got two scars from Sam Matlock from a fight!’ he marvelled, with Anson referring to how Sid replaced Glen in the band and joking: ‘It was Glen’s son getting his own back!’

However, it was Johnny Rotten star Anson who perhaps had the closest call.

‘I nearly broke my back on the first day of shooting!’ he recalled.

‘We recreate three music videos in the show move for move and sound for sound and it’s the So It Goes performance, their Top of the Pops Pretty Vacant, and the official God Save The Queen music video.

‘And the first thing we ever shot was So It Goes and I smashed my back into Jacob’s drum kit. I almost broke my coccyx.’

‘There was a massive crack,’ Jacob helpfully illustrated for us.

Thankfully, the actors made it through the shoot in one piece (just about, it sounds like), giving us absolutely epic performances in the series, which is set for release on May 31.

Anson paid close attention to the tiny details in his performance, which he’s hoping John will notice – despite the former Sex Pistol previously branding the series ‘disrespectful’.

‘I made sure all the things around his room are accurate to things he said were in his room – there’s an Arsenal poster.

‘I made sure I ate pickled beetroot because he loves pickled beetroot. When you meet his mum, she has leafy salads with salad cream because that’s what his mum used to give him when he was younger. And there’s no fridge in his kitchen because he didn’t have a fridge [in real life].’

‘I just really admire him and I wanted everything to come from a place of love,’ he added.

Jacob added: ‘It was great having [Paul] there to look over my shoulder while I was playing the drum parts and say, “Actually, I didn’t do that, I did this.” Like, this is crazy, you’re the guy who actually wrote all this stuff. So we were very, very blessed in that sense to have them on hand.’

Pistol will be available to stream on Disney+ on May 31.