Pointless returned to BBC One tonight with the first instalment of the quiz show for the week.

Returning to hosting was Alexander Armstrong and joining him was Richard Osman as the official adjudicator.

It was just before the final round when Alexander revealed an unusual moment on the show.

Father and son duo Mick and Paul had stormed ahead throughout the competition and they faced Anthony and Adam in the head-to-head.

The first topic for this round was Steven Spielberg films, which they had to name with the help of images and the year they were released.

It was Mick and Paul who managed to score the first point with their answer Terminal which got them 21 on the scoreboard.

The second part was based around Fashion where the players were given five questions.

Since Anthony and Adam scored 100 points with their first answer, it wasn’t hard for Mick and Paul to beat them outright, especially when they scored another 100 points on the second round.

They did just that, with two to one points and Alexander commented: “Very well done indeed. Mick and Paul, after two questions and only two questions you’re straight through to the final with two-nil.

“I mean through that head to head two-nil, that doesn’t happen all the time,” he continued. 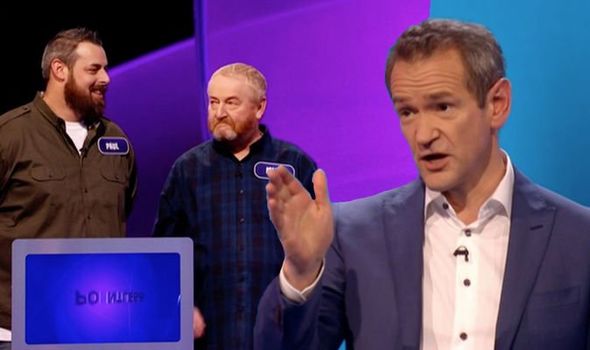 Mick and Pail chose their final topic to be Classic Champion League Finals and they were tasked with finding anyone who was in the squad of the three listed games.

After conferring with one another for a minute, they managed to score seven points for their first answer, three for their second answer and one for their final answer.

Unfortunately, they didn’t manage to provide a Pointless answer and walked away without the jackpot.

It comes after a previous episode when Richard took a swipe at a contestant. 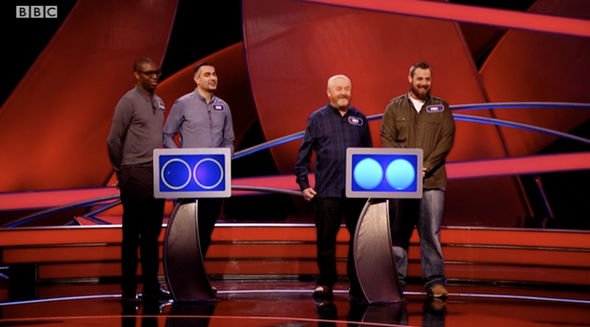 He then asked his co-presenter: “Are you confident?” to which Alexander replied: “One hundred and ten percent, you’d have thought that’s not possible.”

Despite Richard informing him that it isn’t possible, Alexander continued: “In terms of confidence it seems it is cause I gave all my confidence and I have a tiny bit left.”

Jake, quantity surveyor from Stockport, was the next player up and scored three with his answer.

Richard jokingly questioned his low score and Jake replied: “I know, I left myself down.”

The presenter teased: “Goodness me, you let yourself down, you let the show down.”

Pointless airs weekdays at 5.15pm on BBC One.