Ramona (played by Cynthia Addai Robinson) became a pivotal figure in the final season of Starz drama Power as the romantic interest and political advisor to former drug kingpin James ‘Ghost’ St Patrick (Omari Hardwick). And while she hasn’t returned so far in spin-off Power Book II: Ghost, Addai Robinson has wasted no time landing an exciting new role away from the franchise as she’s put pen to paper for Amazon’s new Lord of the Rings series.

Picking up in Middle-earth, the all-new series based on the famous Tolkien novels explores the fictional universe which precedes the books.

Details on Addai-Robinson’s character remain under wraps but the Power star is joined by a number of other big names who’ve recently landed parts on the Amazon show.

Ian Blackburn, Kip Chapman, Anthony Crum, Maxine Cunliffe, Sir Lenny Henry and Trystan Gravelle are just a handful of other stars to have signed up.

And following the news, the Ramona actor took to her Instagram page to share a statement, insisting she was “humbled” to have joined the cast. 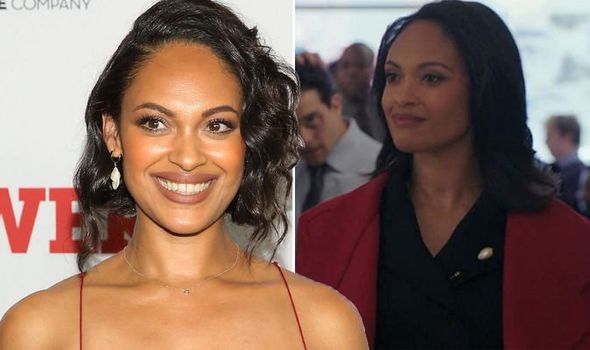 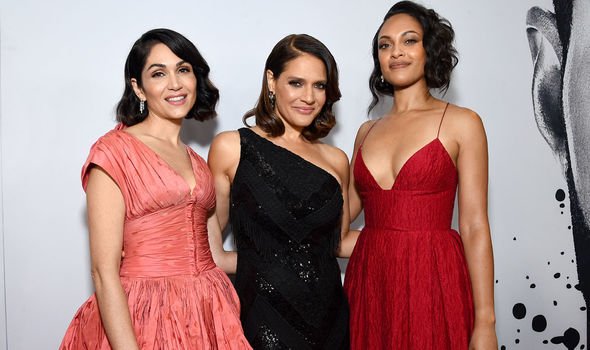 “Humbled to be among them and cannot wait to share this story with the world. Let the journey begin. #LOTRonPrime.”

Hundreds of the actor’s 66.6k followers were quick to share their messages of congratulations – and there were some very familiar faces from the Power universe who also reached out.

Monique Gabriela Curnen, who plays Blanca Rodriguez in Power replied: “This does my heart so much good!!!

“So proud of you! For the journey to this point, and the exciting journey to come.”

The Lord of the Rings showrunners JD Payne and Patrick McKay also released a statement regarding the influx of new talent joining the series.

“The world that JRR Tolkien created is epic, diverse, and filled with heart,” they said.

“These extraordinarily talented performers, hailing from across the globe, represent the culmination of a multi-year search to find brilliant and unique artists to bring that world to life anew.

“The international cast of Amazon’s The Lord of the Rings series is more than just an ensemble. It is a family. We are thrilled to welcome each of them to Middle-earth.”

As of yet, The Lord of the Rings drama is yet to receive a release date from Amazon Prime.

However, in the meantime, Power fans can watch the high octane drama continue in Book II.

Available to stream on Starzplay in the UK, Power Book II follows Ghost’s son Tariq (Michael Rainey Jr) as he adapts to life at the college following the death of his father.

His mother Tasha (Nature Naughton), however, is adapting to life behind bars, taking the fall for the murder Tariq committed.

But will the second part of season one returning later this month, will Tariq be able to free Tasha from prison?

Power seasons 1-6 are available to stream on Netflix UK now.