The 31-year-old Loose Women panellist, had been struggling to put a bunk-bed saying it had left her "infuriated". 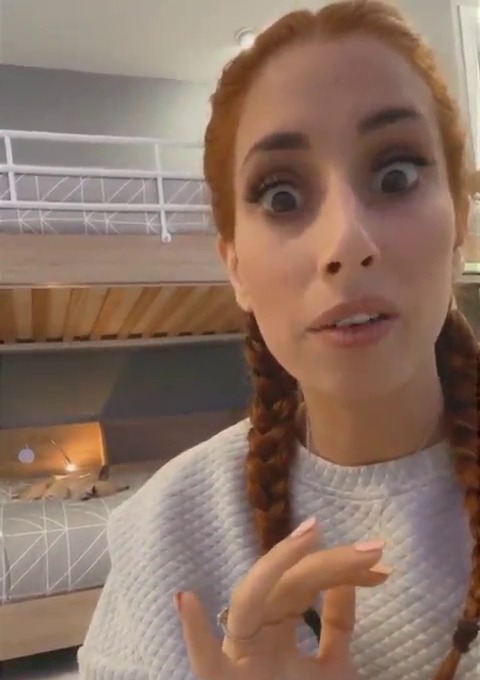 Fiance Joe Swash wasn't on hand to help as the former EastEnders actor, 39, is on a fishing trip with Harry, his 14-year-old son.

She explained: "I'm really angry at the moment. Just in general, I'm so angry all the time.

"I'm not an angry person either. Nothing really makes me cross or angry other than real injustices or people being nasty to people.

"But right now I'm losing it over making a bunk bed. That just infuriated me. My whole eye at one point was like this [twitching]. Why am I getting so angry about this?"

Stacey is undoubtedly among the less fiery members of the Loose Women team, often making calm points compared to some of the more argumentative panellists.

I'm really angry at the moment – just in general, I'm so angry all the time

Some fans suggested her fury at putting up the bunk bed – which she dubbed a "logistical nightmare" – might stem from the fact she's having a girl.

It is the former X Factor star's first daughter in contrast to the three boys she's been pregnant with in the past.

She wrote: "Soooo many of you suggesting it's a girl pregnancy thing. I didn't even think of it being different.

"Hopefully that's what it is and it goes away with the hormones or good luck to Joe and the boys. 😂 🙈 It's probably for the best he's been away all week. 😂." 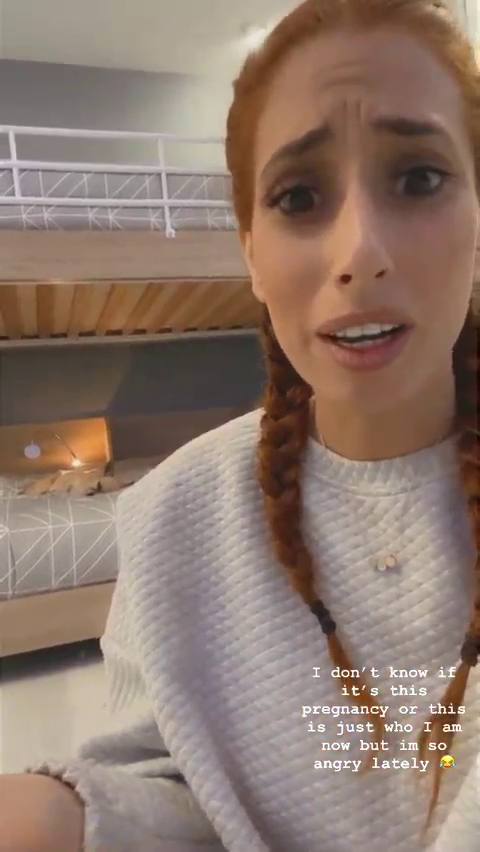