It Takes Two’s penultimate show of the week saw Rylan Clark-Neal grill Ranvir Singh and Giovanni Pernice about their “near-kiss” at the end of Saturday night’s Argentine Tango. The Italian professional dancer argued such performance required intimacy in order for the story to be told well to the viewers. And Strictly Come Dancing fans heard him discuss the “passion” he and the Good Morning Britain presenter shares.

“Saturday night was absolutely electric, I was sitting at home going ‘This is a bit steamy,’” Rylan began.

“It was such a great dance, how did you find it?”

“I found it helpful that it was at the end of the show, because it took quite a lot of focus – more focus to really knuckle down to being singular,” Ranvir explained.

“It had to be about me and him in order for that particular story to tell itself. 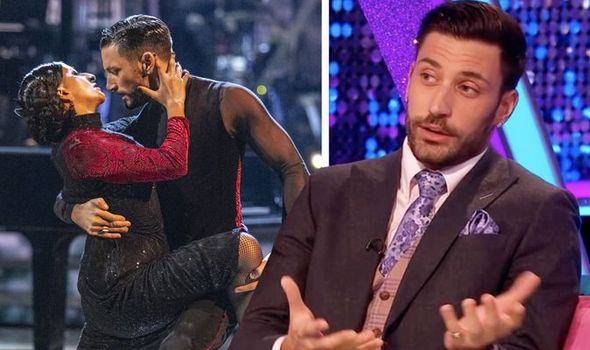 “It was amazing to do and afterwards I looked a bit shocked at the end because I had no idea how it had gone.”

“Looking at the end of the dance, Gio we need to talk about this, there’s close and then there’s close,” Rylan remarked.

“Which is good!” Gionvanni interjected and defended.

“This is passion for the art,” the presenter continued. 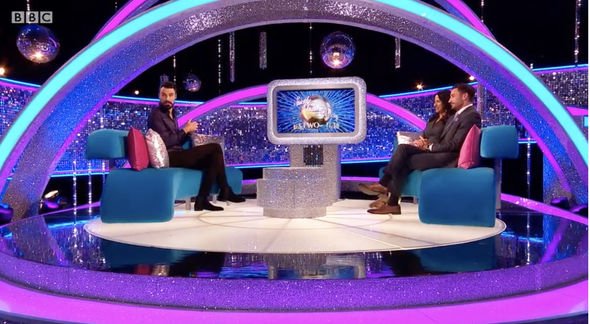 “I love Argentine Tango and selling a story, it’s very important, especially when you dance – that one required that and it’s fine,” he added.

“He always says ‘It’s performance value, it’s about giving people a performance, it’s about bringing them in for those two minutes to make them feel something,’” Ranvir explained.