Dragons’ Den star Sara Davies appeared on Crafter’sTV alongside co-host Ben Moseby on Thursday evening where they were encouraging viewers to buy a host of creative products. However, the pair burst into laughter when Sara told Ben to “reach down my bra and take it off” in an on-air slip of the tongue.

As Sara was presenting the programme, she turned around and told Ben: “Can you reach down my bra and take it off?”

He looked baffled by her request, looked straight into the camera in shock, and replied: “What?”

A mortified Sara, who realised what she had just said live on-air, exclaimed: “No, not my bra, I meant my microphone.”

“I meant my microphone,” she repeated to viewers as she was in hysterics over the blunder. 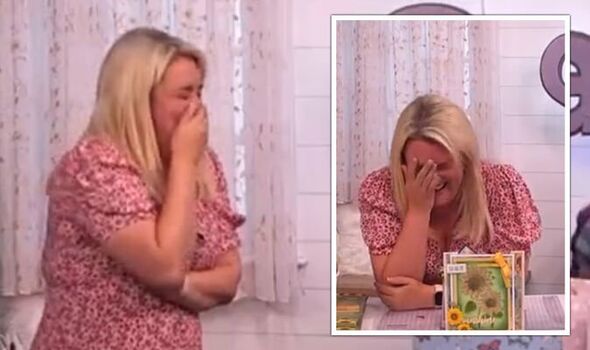 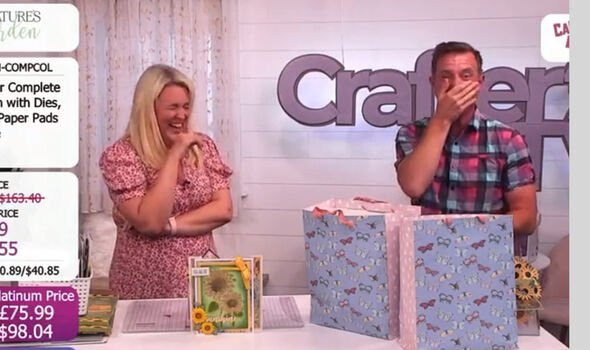 She pair could not contain their laughter before Ben asked: “Can someone get Sara a microphone?”

Sara shared the clip on Twitter on Thursday evening and her followers were left in stitches.

The businesswoman penned: “’Reach down my bra and take it off’ – yes I actually said that live on TV tonight.

“I don’t think I’m ever going to live that down! @benmoseby.” 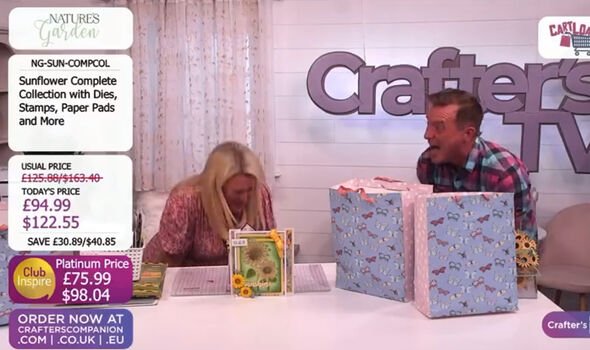 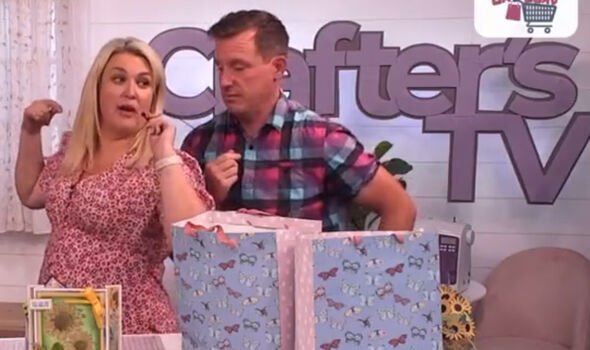 Many of Sara’s followers commented on the hilarious clip, with Audrey Hunter adding: “I’ve not laughed so much for ages..slip of the tongue…Wonderful.” (sic)

Anthony J Brooked said: “The ultimate blooper! Ben’s look of nervous horror is brilliant, did Sara really ask me to do that?” (sic)

Kathleen Ball remarked after watching the blunder: “I just love her, so funny.”

Dave Ward asked: “How do I find this channel?”

Julie Lines quipped: “Well we know who will be on the next bloopers show Sara. His face.”

Matt Cooper asked the Dragons’ Den star: “What did you mean to say?”

Sara is perhaps best known for being on Dragons’ Den and competing in last year’s series of Strictly Come Dancing.

The businesswoman is the founder of Crafter’s Companion and has been surrounded by crafts from a young age which is why she is part of Crafter’s TV.

She refers to herself as a craft expert and has previously said she is “really fortunate” to have made a career out of doing what she loves.

Dragons’ Den episodes are available to watch on BBC iPlayer.