'Red Notice' Film Review: Dwayne Johnson, Gal Gadot and Ryan Reynolds Star in a Caper Far Too Pleased With Itself

A globe-trotting heist film that plays like a parody of itself can have appeal, but this one wears out its welcome 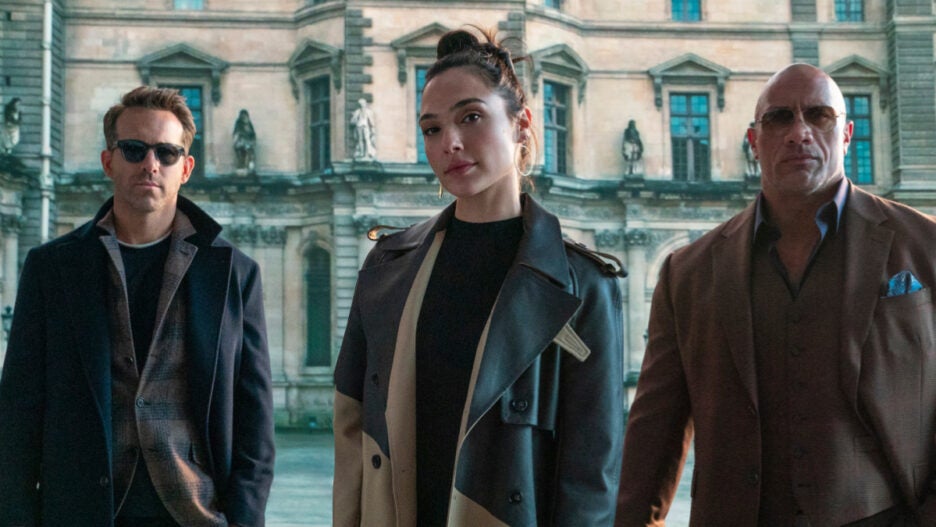 “Red Notice” plays like a parody of itself — a star-studded, globe-trotting heist caper replete with MacGuffins, twists, and double-crosses. And for much of its overstuffed two-hour runtime, it gets away with it; the idea of stars like Dwayne Johnson, Gal Gadot and Ryan Reynolds running around in glamorous evening wear and boosting valuable doodads from historic locales is one of the fundamental cornerstones of cinema.

Alas, writer-director Rawson Marshall Thurber, who showed a surer touch with popcorn nonsense in his previous collaborations with Johnson (“Central Intelligence” and “Skyscraper”), just doesn’t know when to quit. The winks, the nudges, the stunts and the surprises come in such a barrage that at some point the charm leaks out of “Red Notice,” leaving only exhaustion behind.

It could be worse: Reynolds’ two “Hitman’s Bodyguard” movies represent the modern nadir of this kind of action-comedy and its rapid-fire joke machinery, and this film is head, shoulders and tiara above the punishment of those. But it turns out that even a movie built on excess should know when to say “when.”

We open in Rome, where FBI profiler John Hartley (Johnson) has received intel from shadowy art-world presence The Bishop (Gadot) that master thief Nolan Booth (Reynolds) will be stealing one of the three bejeweled eggs given by Julius Caesar to Cleopatra. Hartley catches Booth in the act, leading to one of the film’s best chases, with Booth’s parkour skills scrambling through small passages and up scaffolding where the brawny Hartley cannot easily follow.

Hartley and Interpol’s Inspector Das (Ritu Arya, “The Umbrella Academy”) track Booth to his Bali hideaway, but when the egg gets stolen again during the arrest, Das accuses Hartley of being in on the scam and ships him off to the same Russian gulag where Booth is already incarcerated. The enemies must reluctantly team up, first to escape and then to track down all three of the Cleopatra eggs, for which a billionaire has promised a fortune. They just have to find them before The Bishop does, even though she seems to be constantly two steps ahead of them.

The action pinballs from London, to Spain, to Argentina, with quips and costume changes galore. Cinematographer Markus Förderer (“The Colony”) provides the requisite sheen necessary for a film set mostly in mansions and museums, with costumer Mary E. Vogt (“Crazy Rich Asians”) and production designer Andy Nicholson (“Captain Marvel”) holding up their side of the bargain. These departments also earn gold stars for the elaborate South American mine (with appropriate adventuring outfits) featured in the film’s climax.

Much like Reynolds’ snarky, self-aware shtick, when they go into that mine, you just know he has to whistle the “Raiders of the Lost Ark” theme — a little of “Red Notice” goes a long way. The action scenes are, generally, lots of fun, and they provide an excuse for the stars to stop quipping quite so much. The throw down between Johnson and Gadot feels like a missed opportunity, though; you would expect hand-to-hand combat between Wonder Woman and the Rock to be one for the ages, but like so much contemporary movie choreography (be it in the service of dancing or fighting), excessively frantic editing suggests a lack of rehearsal time. 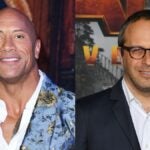 “Red Notice” is Netflix-bound, which makes perfect sense; it’s the sweat-and-bullets equivalent of a Hallmark Christmas movie, a film that works best if you’re paying only half-attention to it while folding laundry or paying the bills.