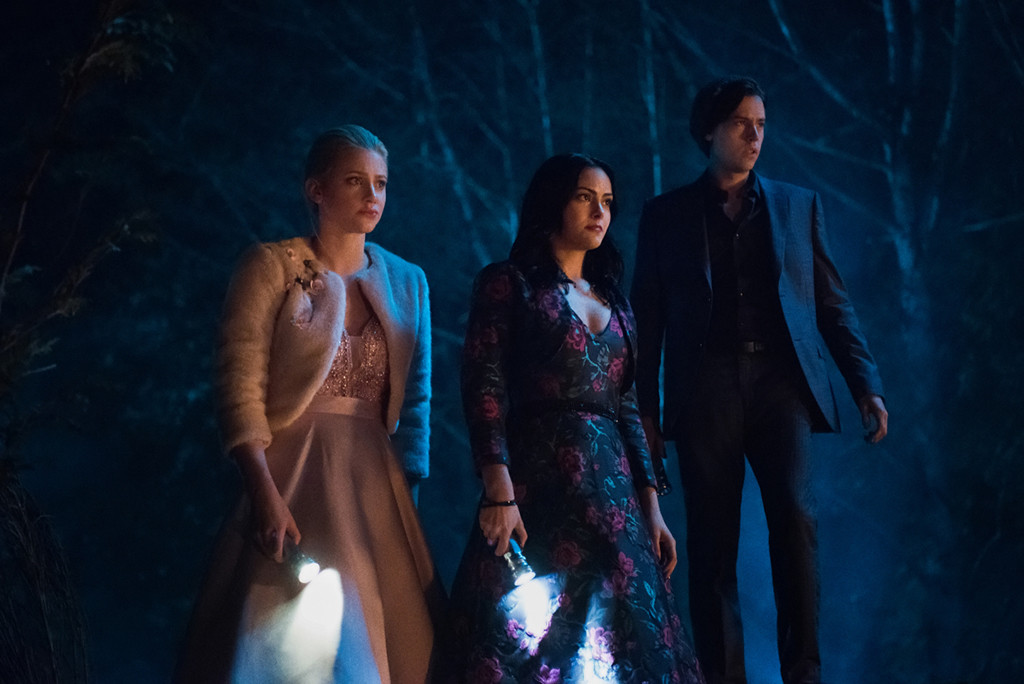 What do you get when you mix the mysterious murderous dinner party of Clue with the human hunt of The Most Dangerous Game, and the general insanity of Riverdale?

If you ask us, you get one of the best, most fun, most bonkers episodes the show has ever done. Wednesday’s season three finale was everything season three has been promising to be, forcing the core four to play one last wild game of G&G, revealing Penelope Blossom (Nathalie Boltt) to have been behind everything (even working with the Black Hood) as revenge for everything that has happened to her, and the Gargoyle King to be the very not-dead, not-Betty’s-brother Chic (Hart Denton), while Betty’s actual half brother Charles it not only alive but working for the FBI, with Betty’s undercover mom, who has now disappeared after the Farm’s ascension.

Was that too much? Too bad, we’re not done!

The episode ended, in the midst of an exhausted but celebratory milkshake toast, with a flash forward to spring break senior year, with Betty (Lili Reinhart), Veronica (Camila Mendes), and Archie (KJ Apa) standing over a fire in their underwear, talking of how they have to burn their bloody clothes and Jughead’s (Cole Sprouse) beanie and then never speak of this again as they go their separate ways after graduation.

And that’s not even all, as Hiram now has Hermione framed and in prison, Kevin’s in tatters after being left behind by the ascended Farm members, and Betty had to basically kill her serial killer dad. Plus, Cheryl (Madelaine Petsch) and Toni (Vanessa Morgan) are safe from the Farm (and even saved the day), and Veronica and Archie also pretty much got back together!

We probably missed some things, but that’s the gist of that wild finale that left us positively stunned, and more excite than ever to get on the phone with showrunner Roberto Aguirre-Sacasa.

Below, you’ll find the answers we excitedly got.

That flash forward, with the bloody clothes! Is that what season four will be spent leading up to?

Yeah, absolutely. I think some of the fun of season four and flashing to that is understanding and figuring out how we get to that point in the story. So it’s not something that is immediately going to happen, but we’re goin to start sort of seeing threads pulled in that direction. We’re going to see what leads up to it and then we’re going to see the fallout to that scene, and that’s sort of the general shape of season four.

So when will season four pick up?

This past year’s season premiere we started on Labor Day, and we think this season is going to start also in summer, maybe around July 4th.

So as for what was unpacked in this episode, I want to start with the Alice twist. That blew my mind a little and I was very happy to hear that she was not totally insane. Could we go back and see hints of that throughout the season?

Yeah, when we landed on this idea, it was about halfway through the season and we did exactly that–we went back and saw all of her cenes and said, OK, does this play if Alice is undercover? And we got to the scene where Alice is saying to Betty, “I talked to my son Charles, I saw my son Charles this morning.” We thought wow, if she’s undercover working with Charles, then all of that is true. It’s not a delusion.

Can you say anything about where all the Farm members went in this alleged ascension?

I can’t say where they all went, but I can tell you that that’s the story we’ll be telling at the top of season four, and that that’s the last…we’ve mostly told the story of the Farm. We have just this one outstanding piece, and it’s a big one, but getting Alice out of the Farm safely. 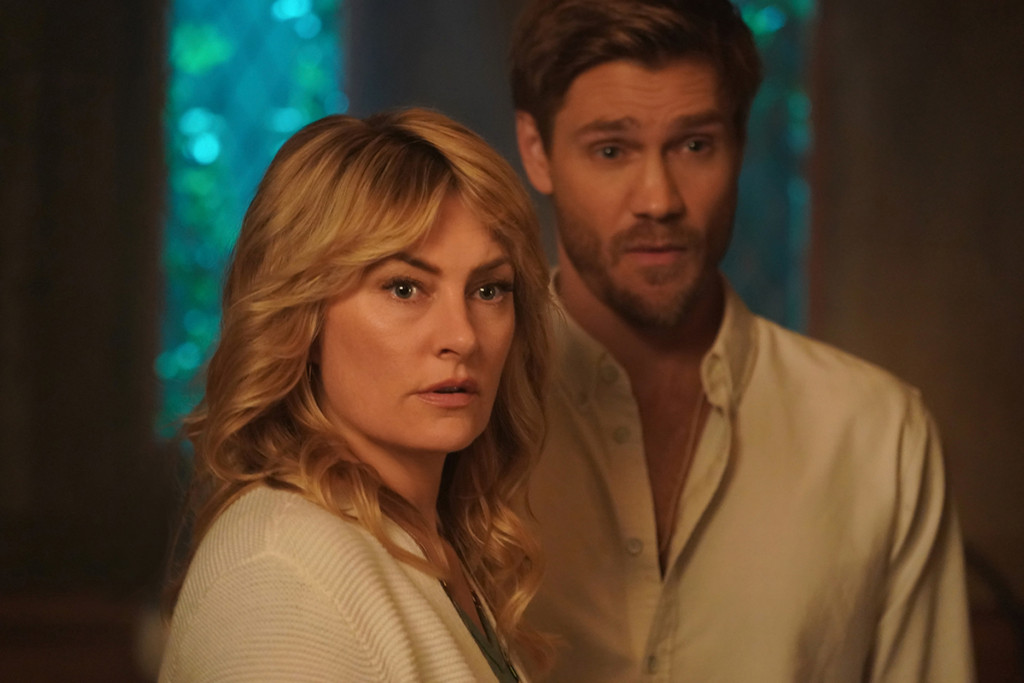 Is Kevin going to recover OK?

Yes he is. Well, he’s definitely going to recover. I don’t know if he’s going to recover OK. And it may take a little bit of time, but absolutely. Kevin will recover, hopefully.

The main four went through a hell of a lot in that finale–Betty’s serial killer dad dying, Veronica and Archie reuniting, Veronica almost sacrificing herself for Betty, etc–what can you say about their dynamic going into the next season?

Does that mean we’re looking at a future for Riverdale where they’re all in college?

You know, I have no idea. I mean, we’ve started to talk about what might happen, but as always, we’re kind of dealing with what’s right in front of us.

You know, it was an idea that we landed on very early when we started talking about season three, which was the idea that rather than introduce a totally new threat, that somehow the Gargoyle King would tie together with the Black Hood and the murder of Jason Blossom, and we started laying a trap for that in episode four, the flashback episode, where it’s Cheryl [or Penelope] who says “Let’s play the game.” It’s Cheryl who’s the game master, and we knew early on and just built it from there. 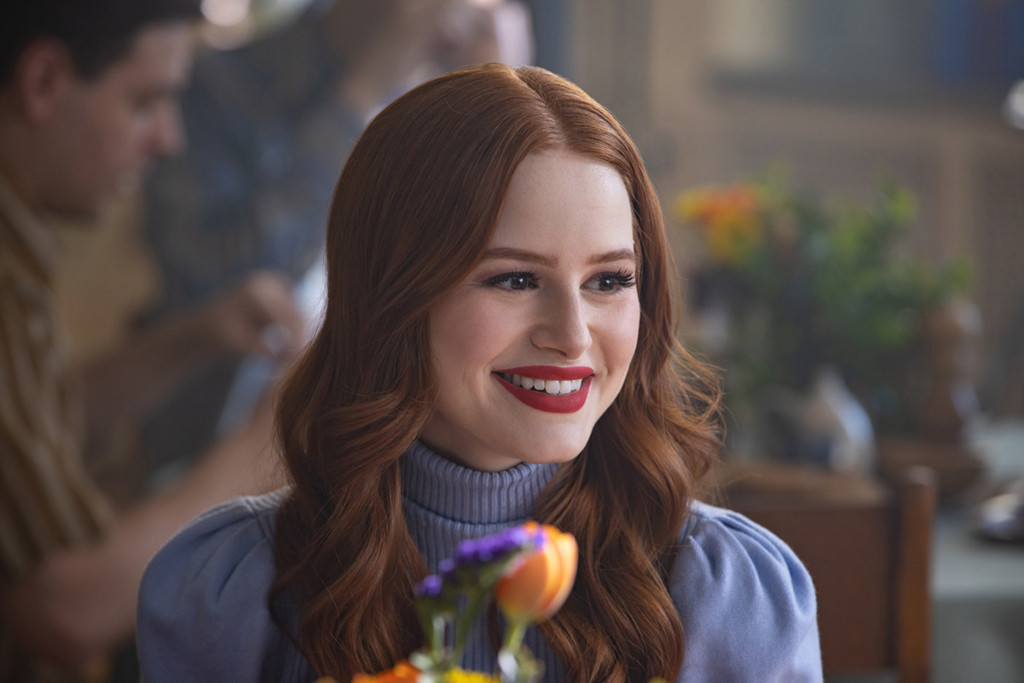 Can you talk about the visuals of this finale a little bit? It was so beautiful.

Yeah, we were sort of referencing the classic short story The Most Dangerous Game, and since it was Penelope’s scheme…There’s a certain elegance and gothic element to the Blossoms. That’s what led us to putting them in evening wear. I thought it would be fun, different iconography.

Hiram is in jail, but it seems like that’s not really stopping him from doing anything. So is he still a major danger in season four?

Yeah. You know, he’s in jail, but he owns the jail. So I wouldn’t worry too much about anything bad happening to Hiram. In a weird way, it’s sort of like he’s consolidated his power and he’s in his place of power.

Should we be worried for Hermione?

Yes, you should be worried for Hermione. Absolutely.

Will we see Veronica working to save her?

Absolutely. I think at the top of season four, trying to get her mom out of jail and trying to keep her dad in jail, that’ll be the start of her story. She might be successful about one of those things but not both of those things.

Anything else about season four you’re excited to tease?

I think the biggest thing is that the Archie characters have always been defined by being high school students, and this year is potentially their last year as high school students, and we’re really going to play that and we’re going to play with school in a way we haven’t really done since season one, and we haven’t really ever done, so we’re excited about that.

Does that mean they’re actually going to go to some classes?

Yes, they’re gonna go to some classes for sure.

(We’ll believe that when we see it.)

Riverdale will return to The CW in the fall.