All Star Musicals: Robert Peston performs ‘Luck Be a Lady’

In scenes that aired on Sunday night, Robert Peston swapped politics for the West End stage as he performed on ITV programme All Star Musicals. The 60-year-old treated viewers to his rendition of Lucky Be A Lady from Guys and Dolls, and it’s safe to say fans were shocked by how good his singing voice was.

Speaking ahead of his performance, a nervous Robert said: “I am not looking forward to being judged. I will care, I definitely will care.

“Guys and Dolls was my dad’s favourite musical so I am hoping he will be proud of me. I am performing for him.”

The journalist may have struggled with his American accent during the performance, but that didn’t stop him from singing his heart out. 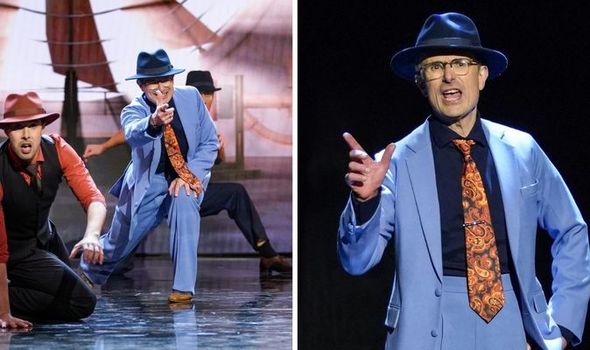 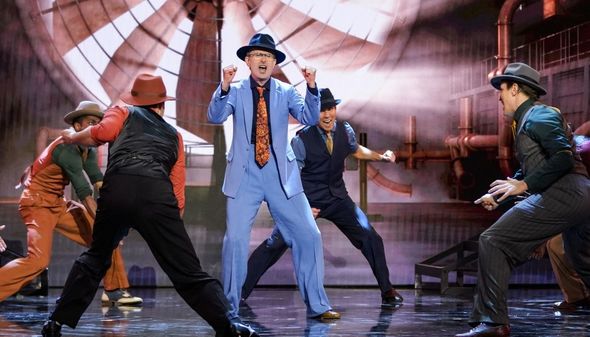 “That was the scariest thing I have ever done I think,” Robert told host John Barrowman afterwards.

“You didn’t make a fool of yourself at all,” Samantha told him. “This is so different to the guy I am used to seeing on my TV every day, giving all the politicians a hard time.

“I saw what this meant to you, I saw how much you enjoyed it and I absolutely loved your performance.”

Trevor added: “The vocals were pitchy at times, I have to put that out there. But, you have this grit of this gangster, this vibe that none of us expected.

“You gave us something truly one of a kind.” 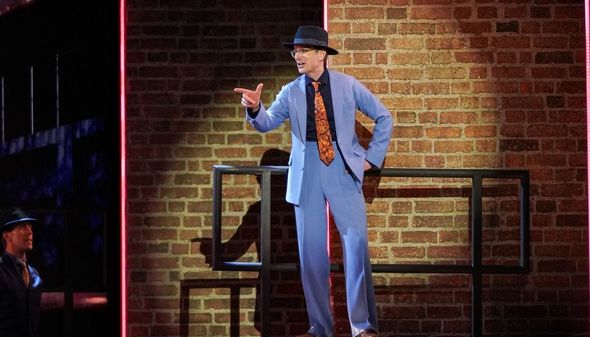 Taking to Twitter after his performance, viewers couldn’t get over how good Robert’s voice was.

One tweeted: “Best of luck Robert Peston I am routing for you, I hope you win. I am watching. I didn’t know you had such a good singing voice, best of luck.”

Another complimented: “Watching Robert Peston sing Luck Be a Lady has thoroughly made my night.”

Others called for the journalist to quit reporting on politics completely, as one tweeted: “Robert Peston brilliant singing voice time to quit Politics and head to a career in the West End I think.”

The show saw a number of celebrities take to the stage in a bid to impress the judges.

Elsewhere, TV judge Robert Rinder earned a full 30 stars out of 30 for his rendition of Be Our Guest from Disney classic Beauty and the Beast.

Luisa Bradshaw-White, best known as Tina Carter from EastEnders, wowed viewers with her take of This Is Me from The Greatest Showman.

However, when it came to the end of the programme, it was Robert Rinder who was crowned the winner.

Speaking after his victory, the emotional barrister said: “I was watching backstage and the talent, the beauty, the delight, the meaning and the joy of everybody.

“Honestly, I think I’ve had the best time ever and have done it in front of three people I’d admire so much. I’m going to cry and I blame you, thank you very much.”

All Star Musicals is available to watch on ITV Player.