RYAN Thomas shed tears and hugged his family as he completed his gruelling 10 day marathon challenge. 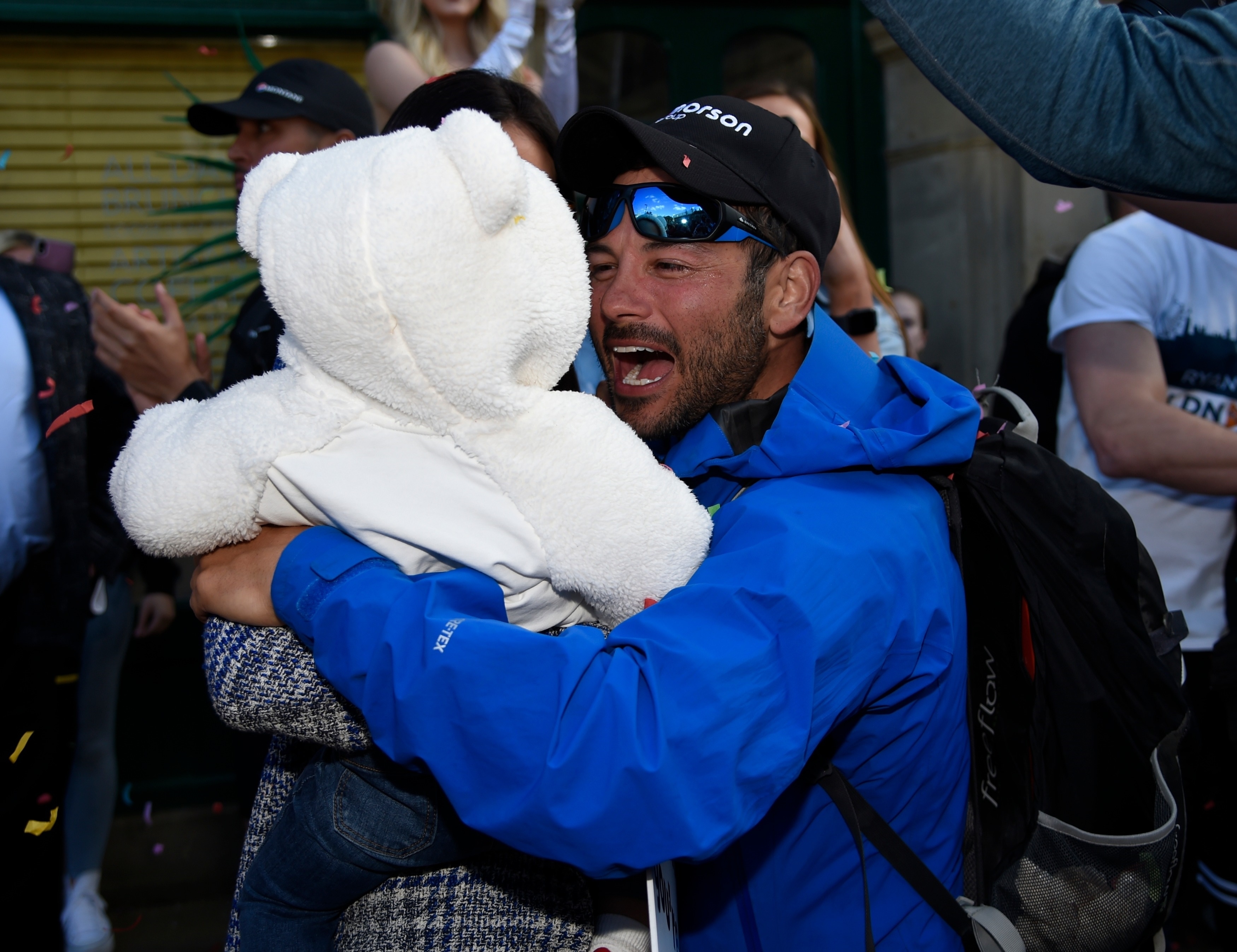 Ryan received a hero's welcome when he arrived in his hometown of Manchester after walking all the way from London.

Fiancé Lucy Mecklenburgh gave him a big kiss on the lips in front of the crowd when he arrived.

The star was also greeted by his young son Roman, who he lifted up into the air with joy.

Daughter Scarlett – who he shares with Tina O'Brien – and his brothers Scott and Adam Thomas also greeted him at the finish line. 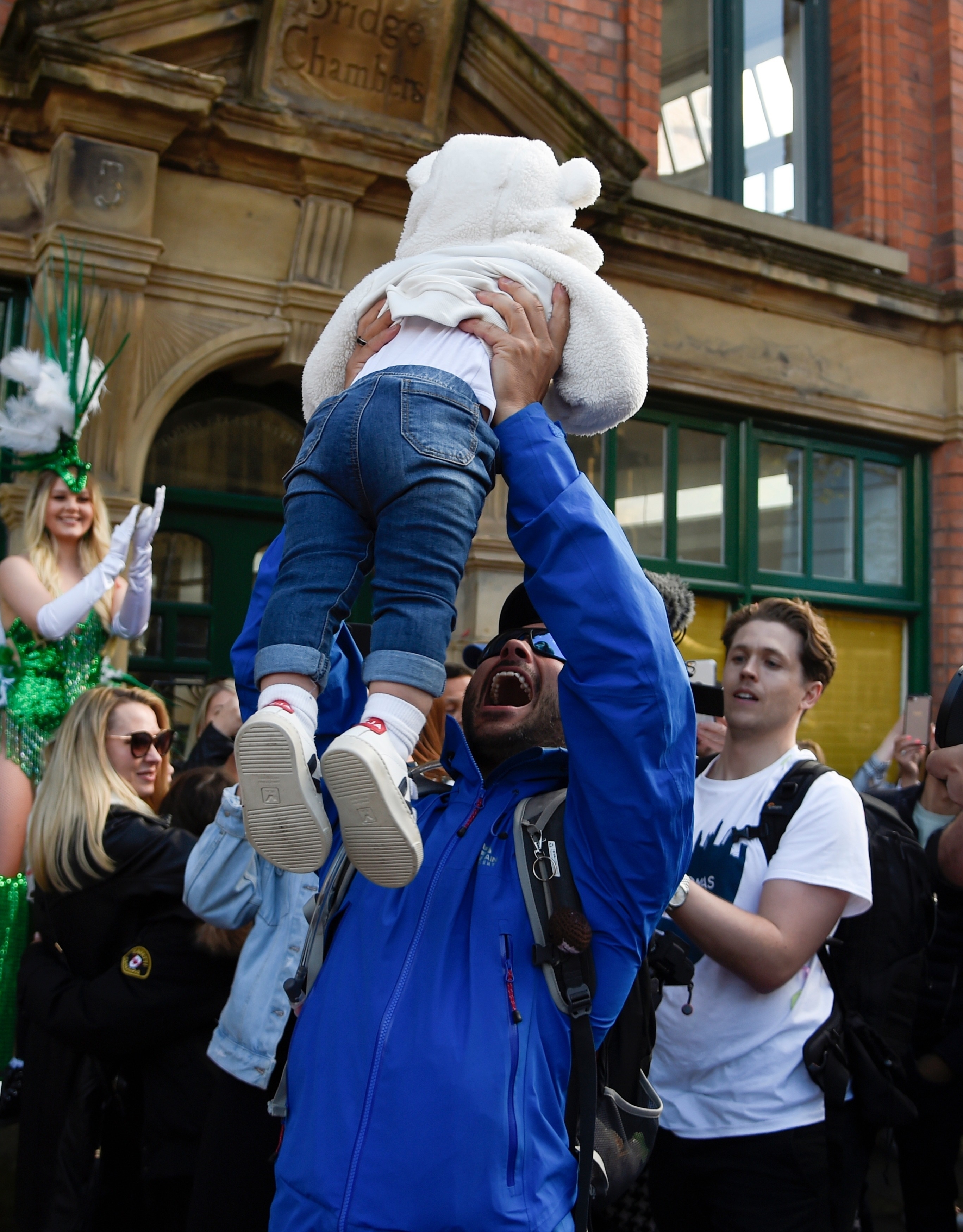 The gruelling challenge took a toll on the actor, who was forced to have ice baths to keep his aching body going.

He started from Buckingham Palace on Monday, May 10 before finishing at Manchester Cathedral today.

The total distance covered was 262 miles and involved 9 overnight stops via six canals. 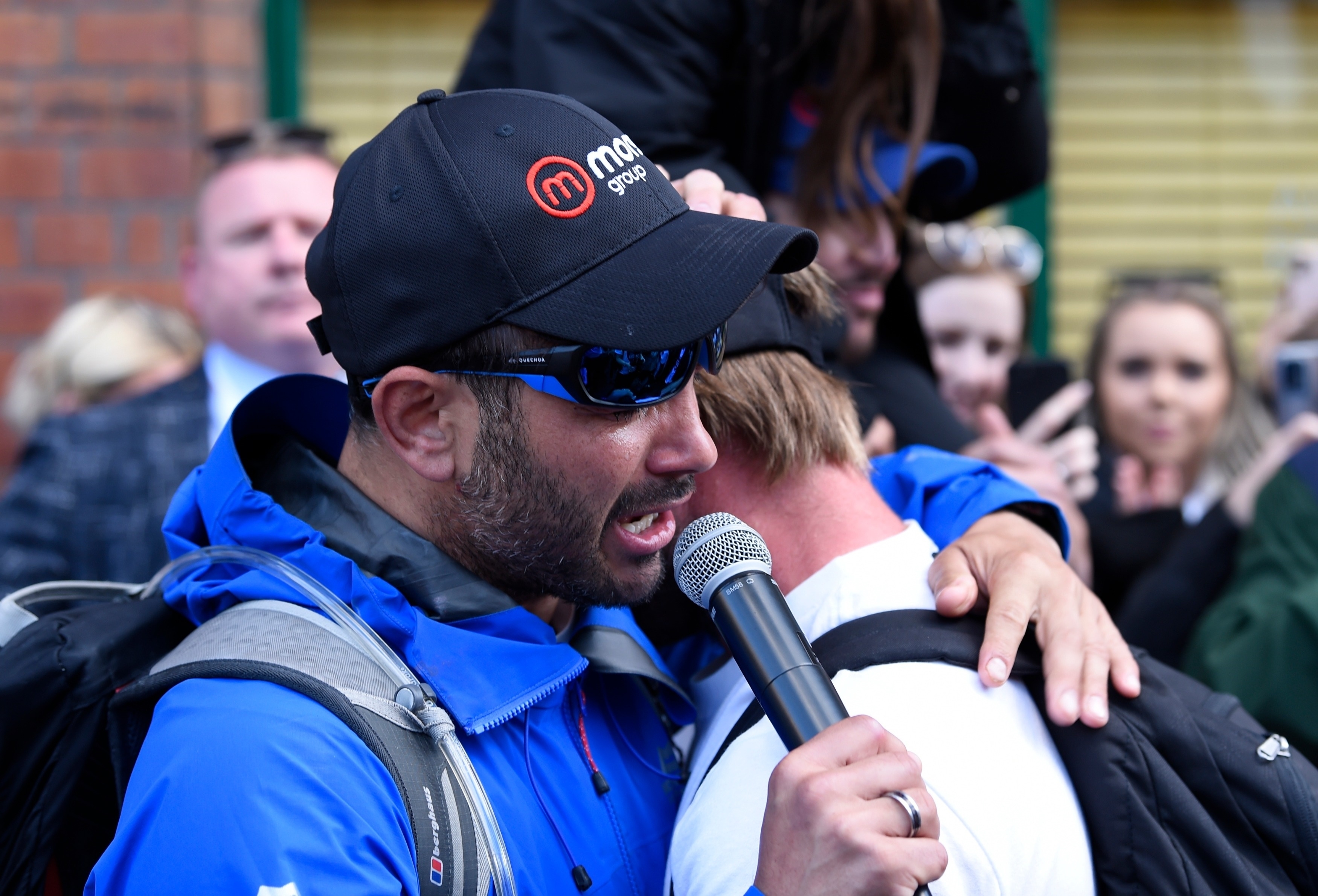 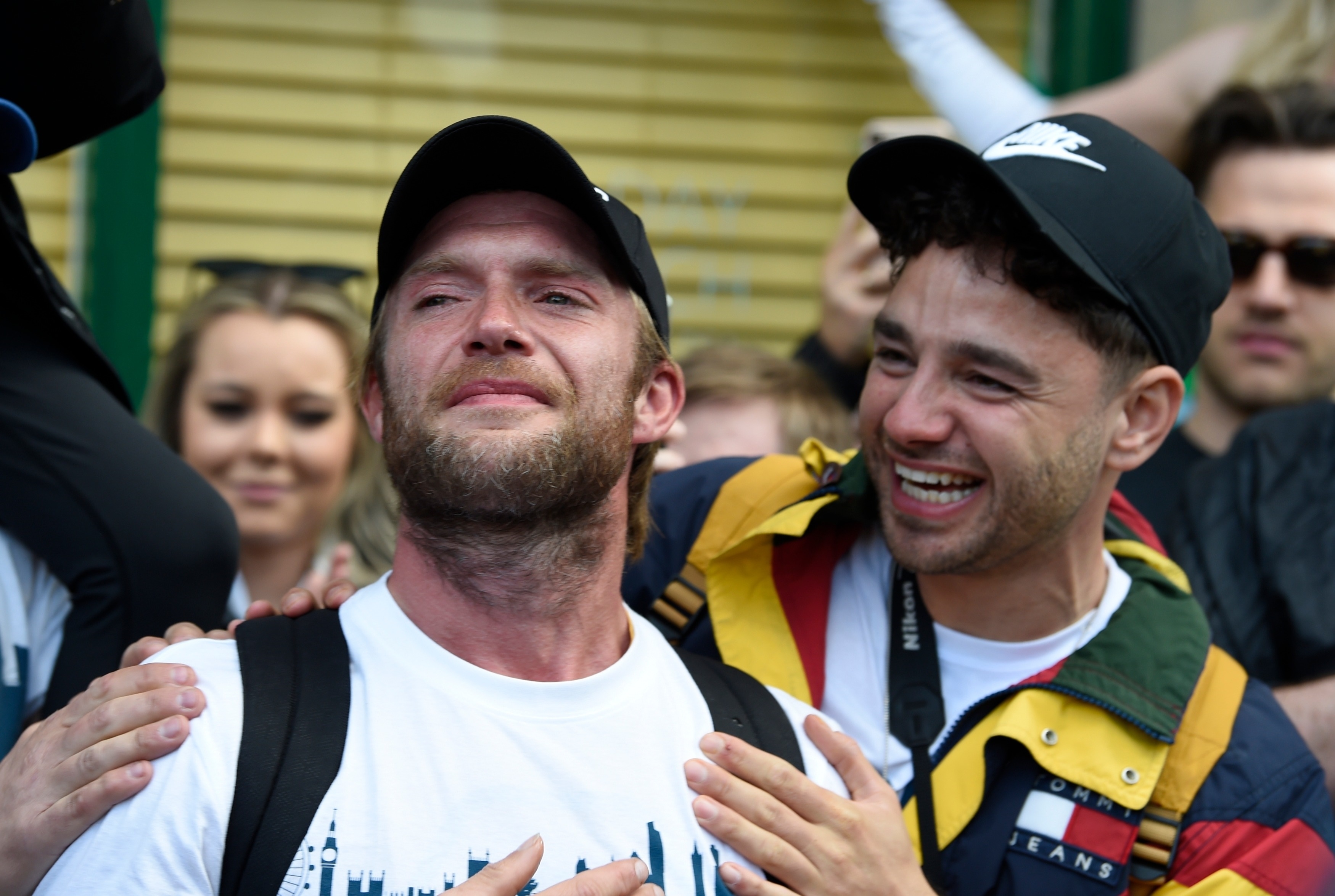 Ryan revealed he had a personal reason for embarking on the journey as his friend died by suicide during lockdown.

Speaking about the death, he told The Mirror: "You'd never have known he was suffering. The night before he was on Instagram saying he was out for dinner.

"He was the same age as me. It really shook everyone."

He added of the people messaging him ahead of his marathon: "Some are from people who lost a dad, or sister, to suicide. Many are struggling themselves. 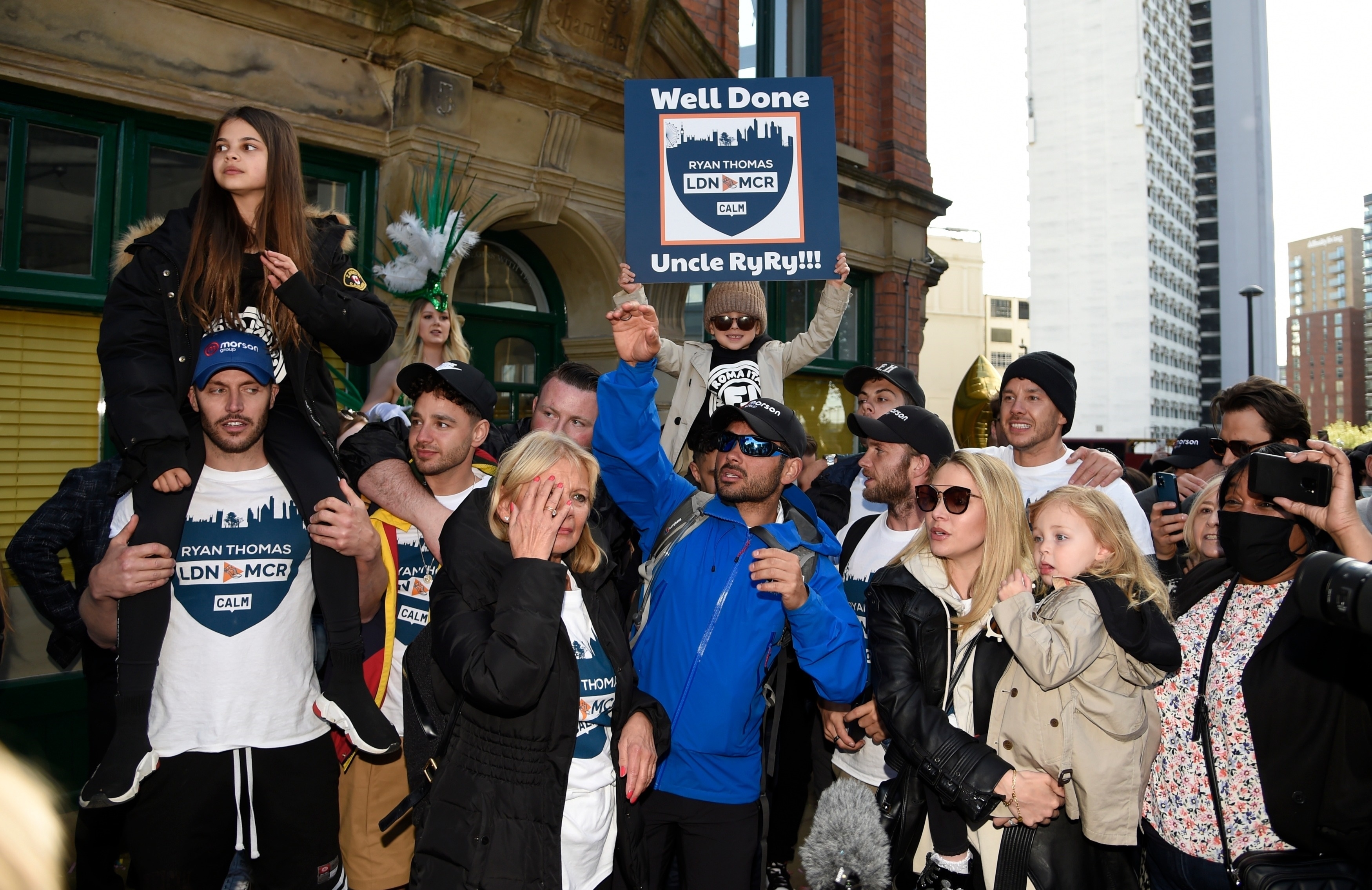 "I'm lucky in that my brothers and I always talk. But not everyone has that support. Men are not great with their emotions.

"I want people to know there's help out there. If I can save even one life, I'll have done a great job."