Seinfeld star Julia Louis-Dreyfus is one of the most-award winning TV actresses in history. She’s won a whopping 11 Emmys for her roles in Seinfeld, The New Adventures of Old Christine, and Veep. In addition to racking up trophies — and not backing away from sharing her political views — her lengthy runs on all three have made her millions. But it turns out, the Saturday Night Live alum was already worth millions before she had her first acting audition. 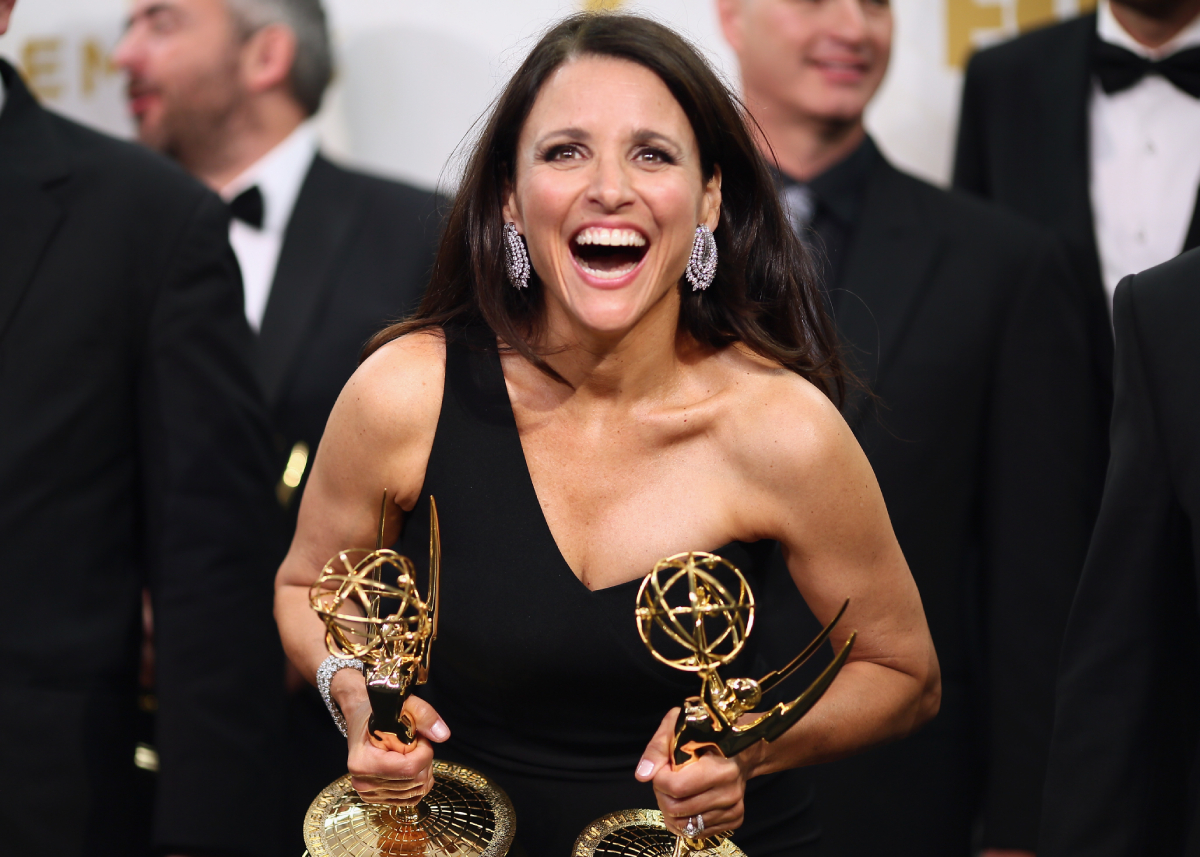 The ‘Veep’ cast is reuniting for Joe Biden fundraiser

According to Variety, Louis-Dreyfus and her co-stars from the HBO comedy series Veep are reuniting. One year after going off the air, Louis-Dreyfus announced that the cast will have a virtual reunion on October 4.

Veep executive producer David Mandel will serve as the moderator, and there will also be some surprise guests. The special will only be live-streamed once at 6 p.m. CST on October 4. And, it will be a fundraiser for the Democratic Party of Wisconsin in support of former real-life veep Joe Biden.

“All roads to the White House go through the great state of Wisconsin. Trump can’t win re-election if he doesn’t win Wisconsin,” Louis-Dreyfus said in the announcement video. “So, the democratic party of Wisconsin has built an unprecedented voter mobilization operation, and they need resources in these final days to deliver Wisconsin to vice president Joe Biden and Senator Harris.”

As Nicki Swift points out, Louis-Dreyfus’ career has been nothing short of phenomenal. In 1982 at the age of 21, she became the youngest female cast member ever on Saturday Night Live. It was during her three-season run on SNL that she met Larry David.

David, of course, was the co-creator of Seinfeld. After they shot the pilot, David realized he needed a strong female character in the show. He immediately called up Louis-Dreyfus, and everyone knows what happened next.

In addition to her starring roles, Louis-Dreyfus’ IMDb credits also include Arrested Development and Curb Your Enthusiasm. But Louis-Dreyfus has not just had a successful career, she also has a successful marriage.

She met her husband Brad Hall when they were both attending Northwestern University. They married in 1987 and are still together to this day.  They’ve worked together on SNL, Curb Your Enthusiasm, and Veep. And, Louis-Dreyfus says that the reality is that they “really collaborate on everything.” The couple are also the proud parents of two children, Charlie and Henry Hall.

The ‘Seinfeld’ star comes from an insanely wealthy family

However, her family is worth billions. When he was alive, Louis-Dreyfus’ father ran a shipping and commodities business called the Louis-Dreyfus group. That business is valued in the billions. However, the actress has shot down rumors in the past that she is a billionaire.

She told Rolling Stone in 2014 that people just “assume it’s true” no matter what she does. However, her father has passed away since then. He died in 2016 and was worth $4 billion. Louis-Dreyfus split the estate with her siblings and stepmother.

Between her current net worth, real estate, her inheritance, and future royalties, the Seinfeld star is likely to become a billionaire at some point.