But before making a name for themselves on the smash Netflix show, many of its stars had an interesting rise to fame – while others have radically overhauled their image. 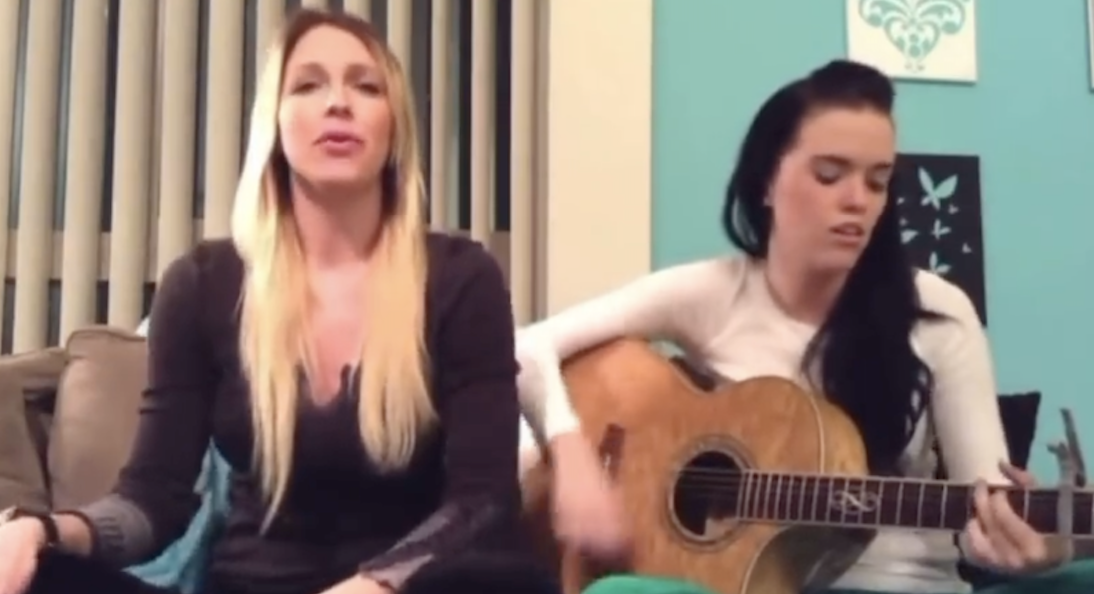 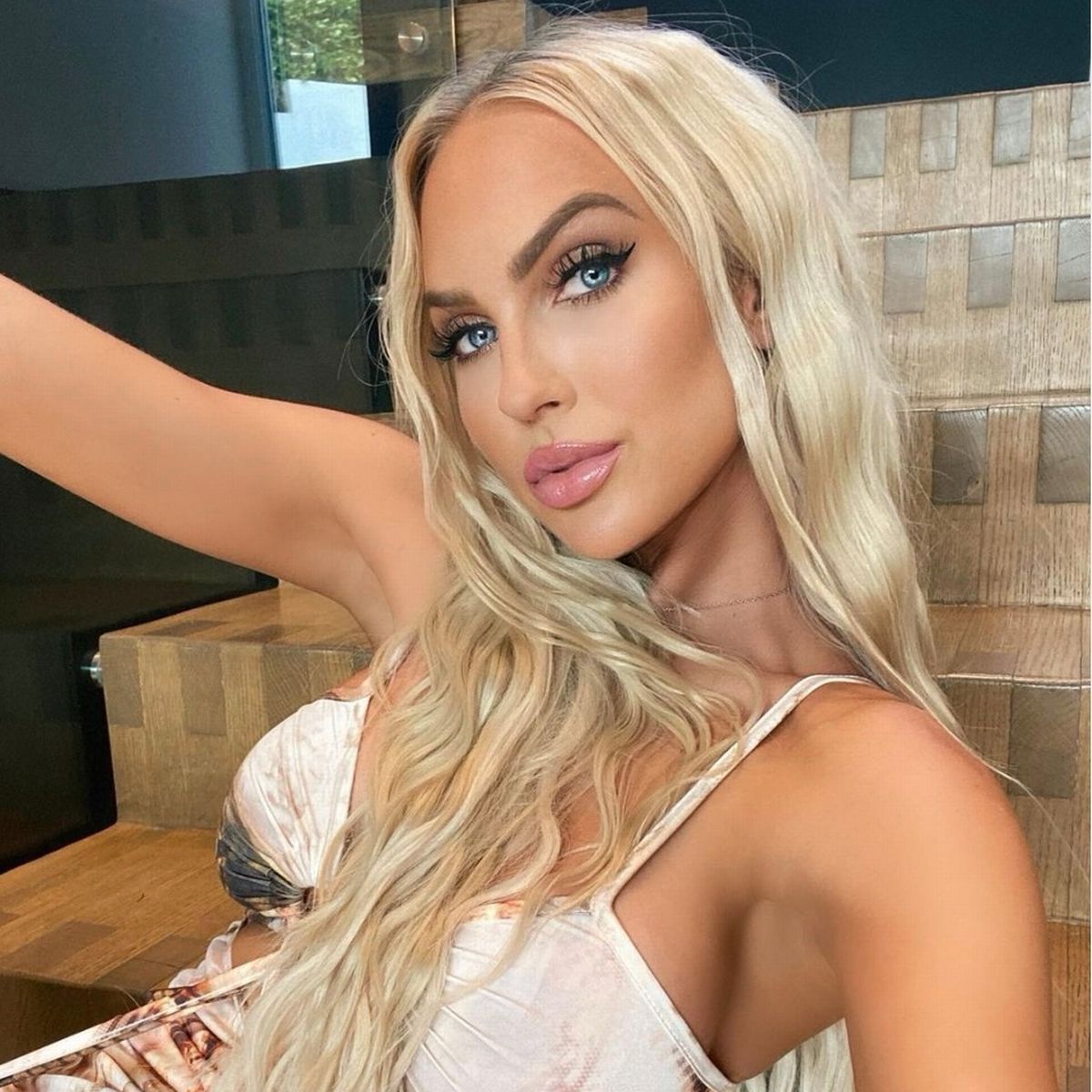 This week a throwback video of Christine Quinn crooning to Maroon 5's She Will Be Loved went viral on Twitter.

TV presenter Jack Remmington, who shared the clip, said he was "obsessed" with her beautiful vocals and "comfies", while others claimed the LA beauty looked unrecognisable.

One fan wrote: "Wait, not Selling Sunset Christine?!?" while another remarked: "She looks SO different."

Christine is not the only one sporting a dramatic new look. Here we reveal the stars whose looks have radically changed over the years – and what they got up to before they were flogging plush pads to the rich and famous on TV. 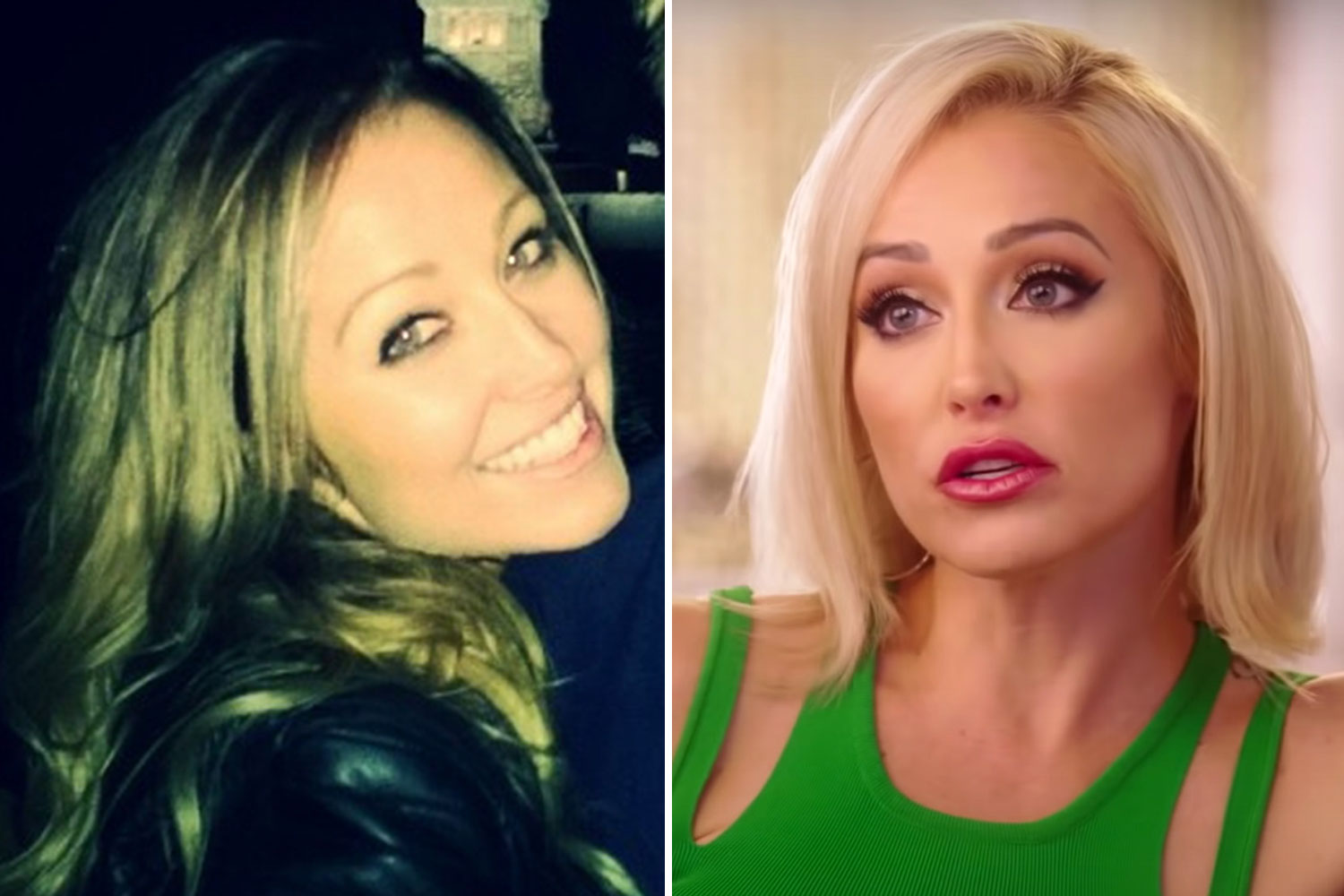 The blonde realtor, 41, used to have much longer natural hair before she first appeared on our screens back in 2019.

Before joining The Oppenheim Group back in 2014, she worked as an estate agent in New York and London.

Mary is married to former model Romain Bonnet, 28, and has a 24-year-old son named Austin from a previous relationship.

She revealed that she had him at 16 and raised him as a single mother. 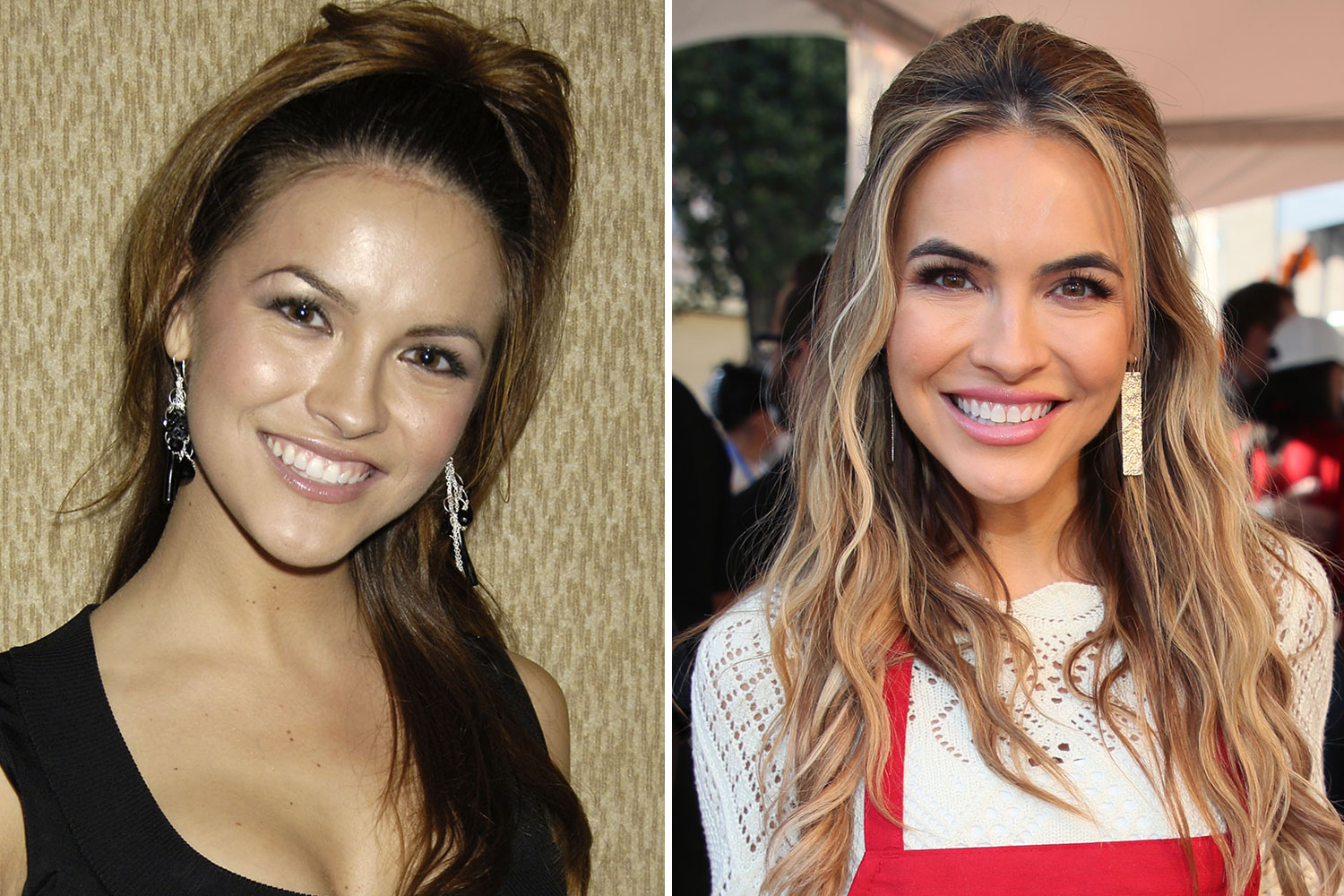 The reality star, 40, first stepped into the limelight in the early 2000s when she appeared in American TV soaps.

She starred in hits including All Our Children, The Young And The Restless, and Days Of Our Lives.

During her teenage years, she claimed to have been given a "tough time" by fellow pupils and was the "uncool kid" at school.

She was born Terrina Chishell Stause but the bullying she experienced led her to start using her middle name in college.

"I wanted a clean slate and fresh start. I associated Terrina with the kid everyone made fun of," Chrishell said.

The reality star was previously engaged to the actor Matthew Morrison and married This Is Us star Justin Hartley in 2014.

Two years after tying the knot he filed for divorce in 2016 citing "irreconcilable differences" and Chrishell claimed to have been "blindsided" by it all. 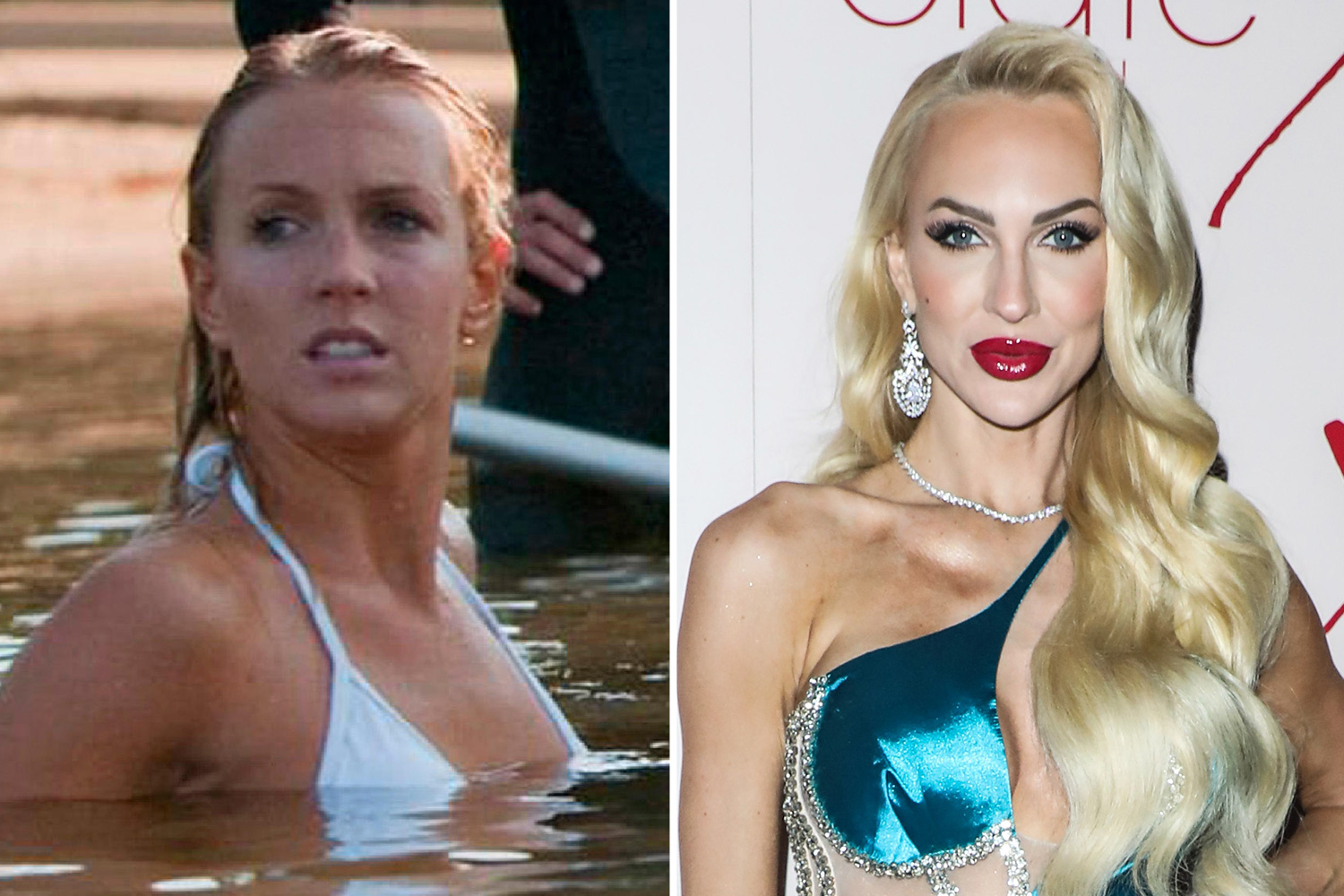 Show villain Christine used to have much darker hair before she bleached it platinum blonde for the show.

"I got my boobs done, I get my lips done, tons of Botox, tons of make-up," she told Vogue.

Christine made her big-screen debut as Jess in the 2011 horror-thriller Shark Night 3D, where she met a grizzly end.

In the film, she appeared to channel Bond Girl Ursula Andress in a white bikini as she played around in the water before becoming the shark's first victim.

The clip recently resurfaced online and fans were shocked by how "completely different" Christine looked. 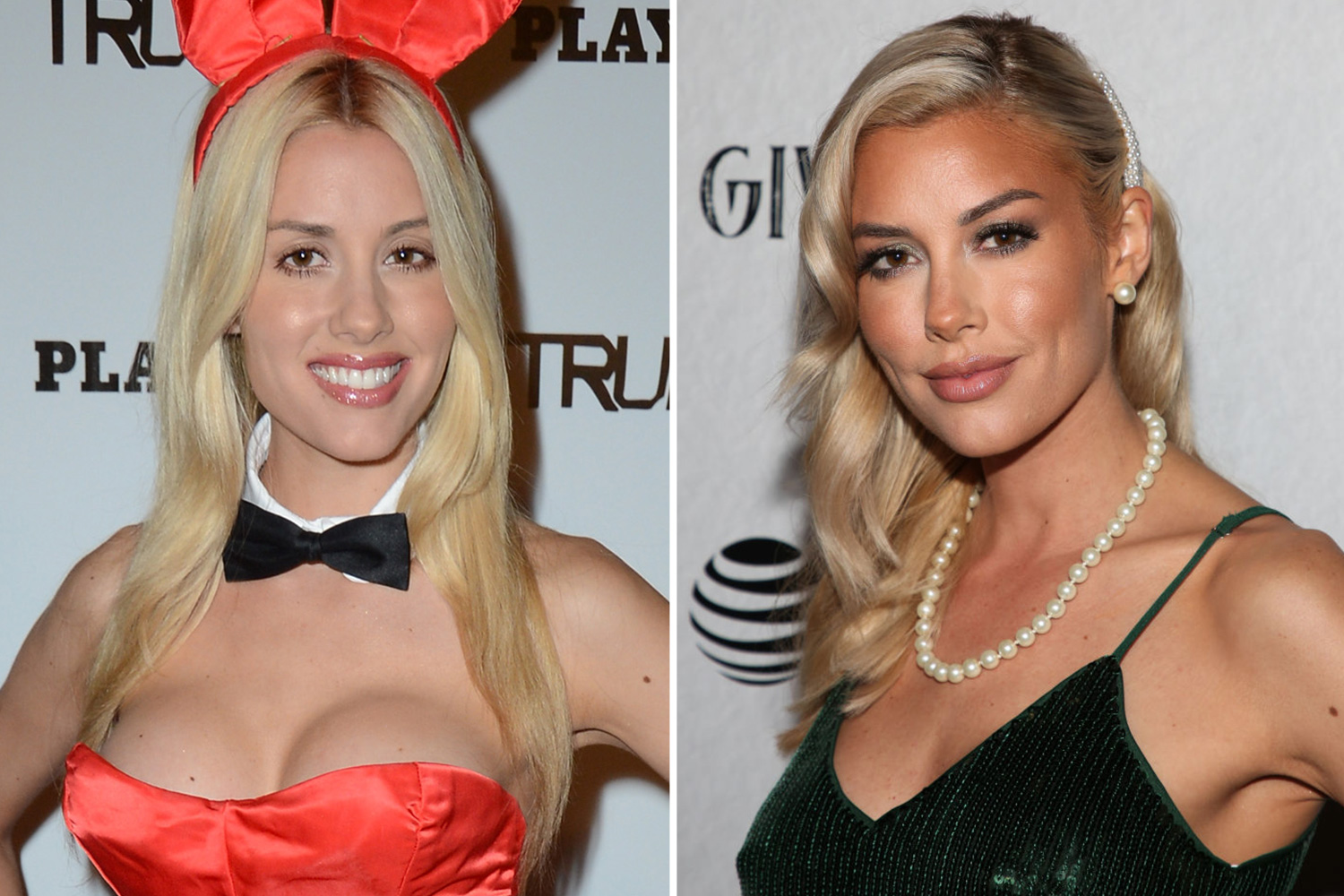 Former Playmate Heather has transformed her look since her early days acting.

The 34-year-old found fame when she joined the Playboy Mansion and landed a centrefold in the magazine as Miss February 2010.

She's had small parts in a number of films including The Internship, Love In The Time Of Monsters and Malibu Horror Story.

The starlet is reportedly worth £2.2million, which she largely earned in commission from selling multimillion-dollar homes.

Heather married Tarek El Moussa this year and even had his name tattooed on her butt. 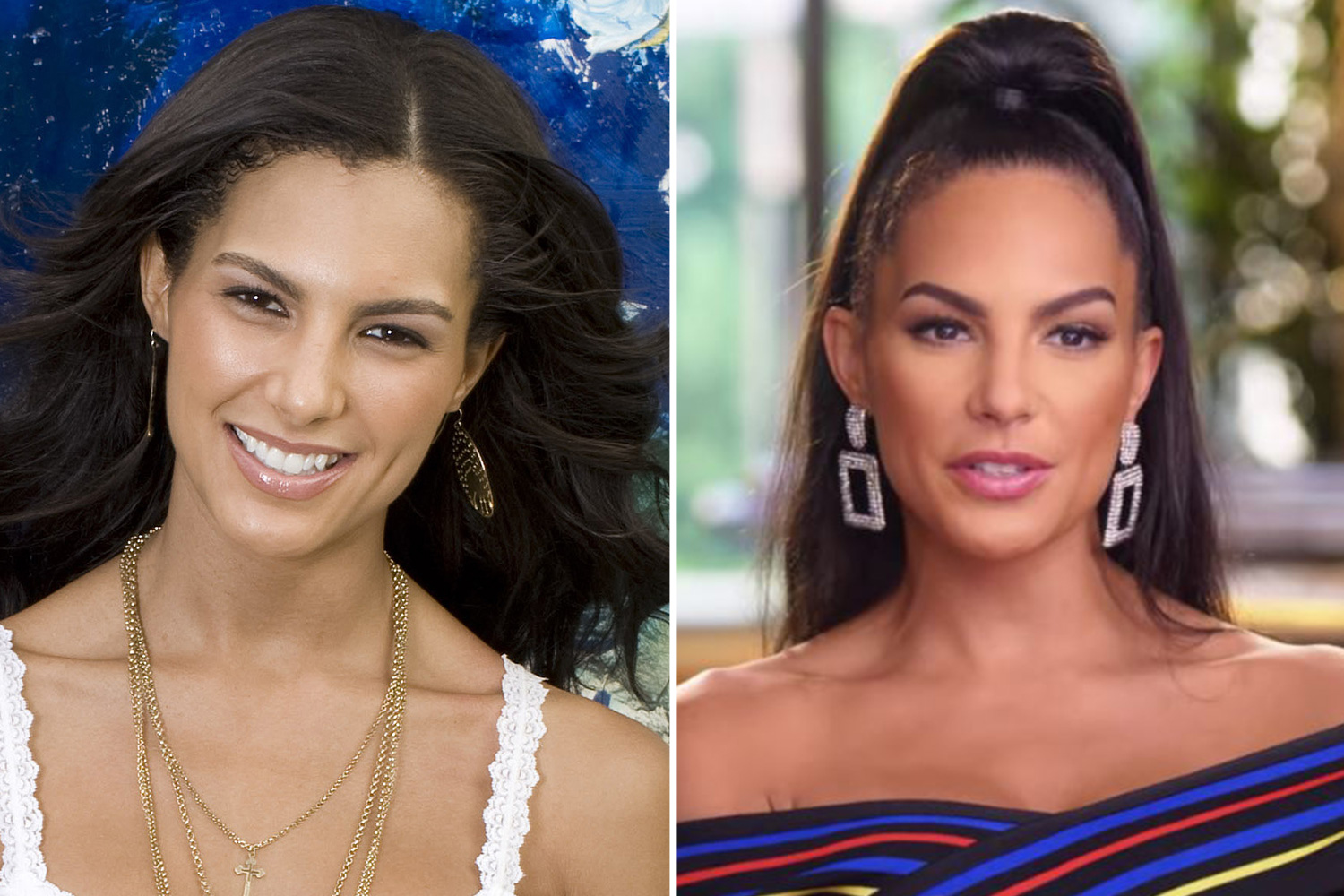 Prior to becoming a star on Selling Sunset, interior design specialist Amanza, 44, starred in two seasons of Deal Or No Deal – where she was briefcase model number 20.

She also had a brief stint as a cheerleader for the Indianapolis American football team.

Amanza was married to NFL player Ralph Brown until 2012 and they have a daughter named Noah, 11, and son Braker, 10.

She claims not to have seen her other half since 2019 and even filed a missing person's report and hired a private investigator.

"He's alive somewhere because otherwise, we would know… it's the most bizarre, heartbreaking [thing] for my kids," Amanza told Entertainment Tonight. 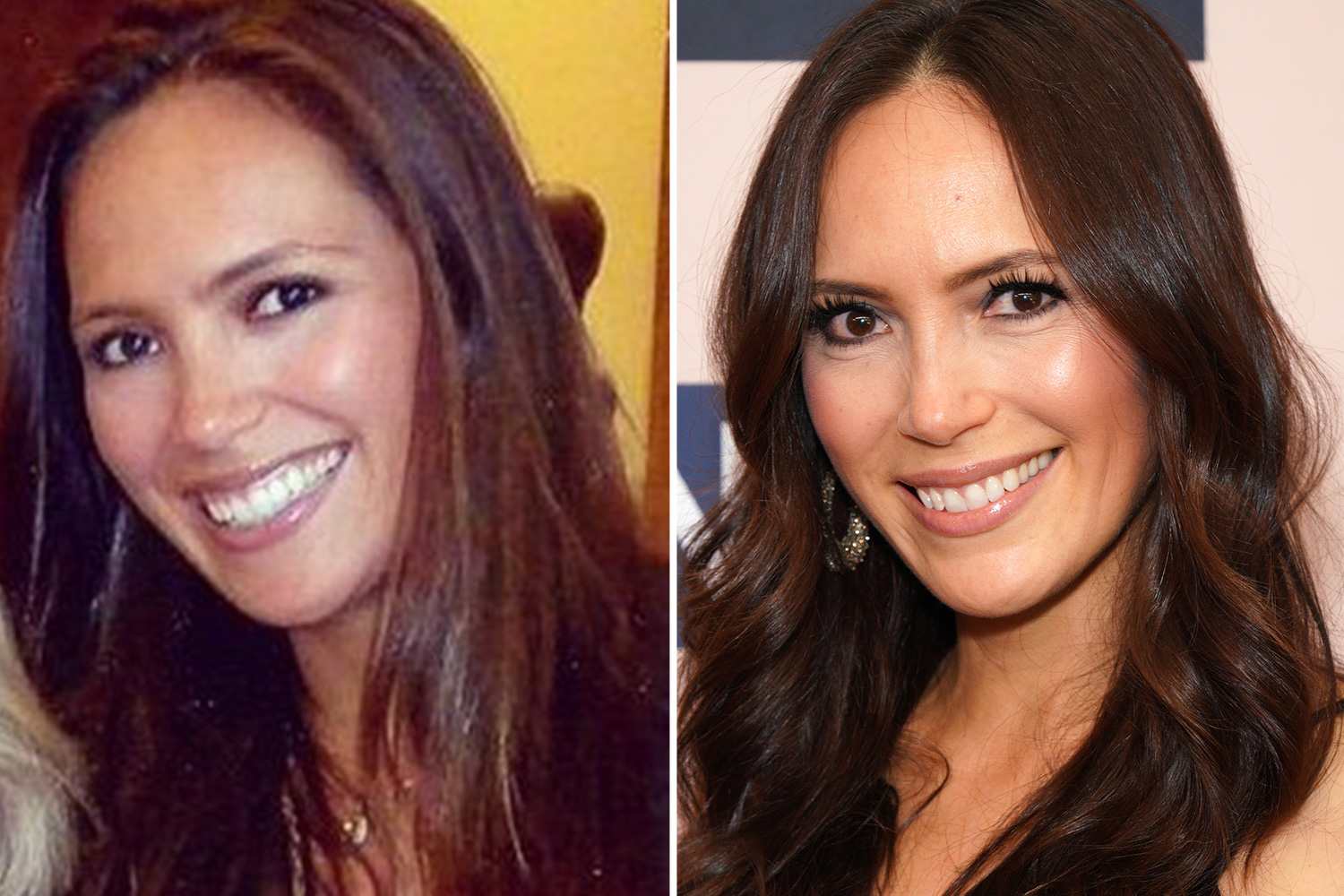 Before becoming a star on the show, Davina worked as a model and was signed to the prestigious Ford Model Agency.

She was born in Germany and moved to the US to study in Malibu, Florida, after graduating with her international baccalaureate.

After ending her career as a model she worked in real estate for 10 years and starred on the TV show Million Dollar Listing. According to Grazia she is worth £1.2million.

Davina first appeared in Selling Sunset in 2019 and despite fans believing she had left to join a rival real estate company, she recently confirmed she will appear in season four.

Unlike other stars, the realtor looks very similar today to how she did in the past and still sports her luscious dark hair. 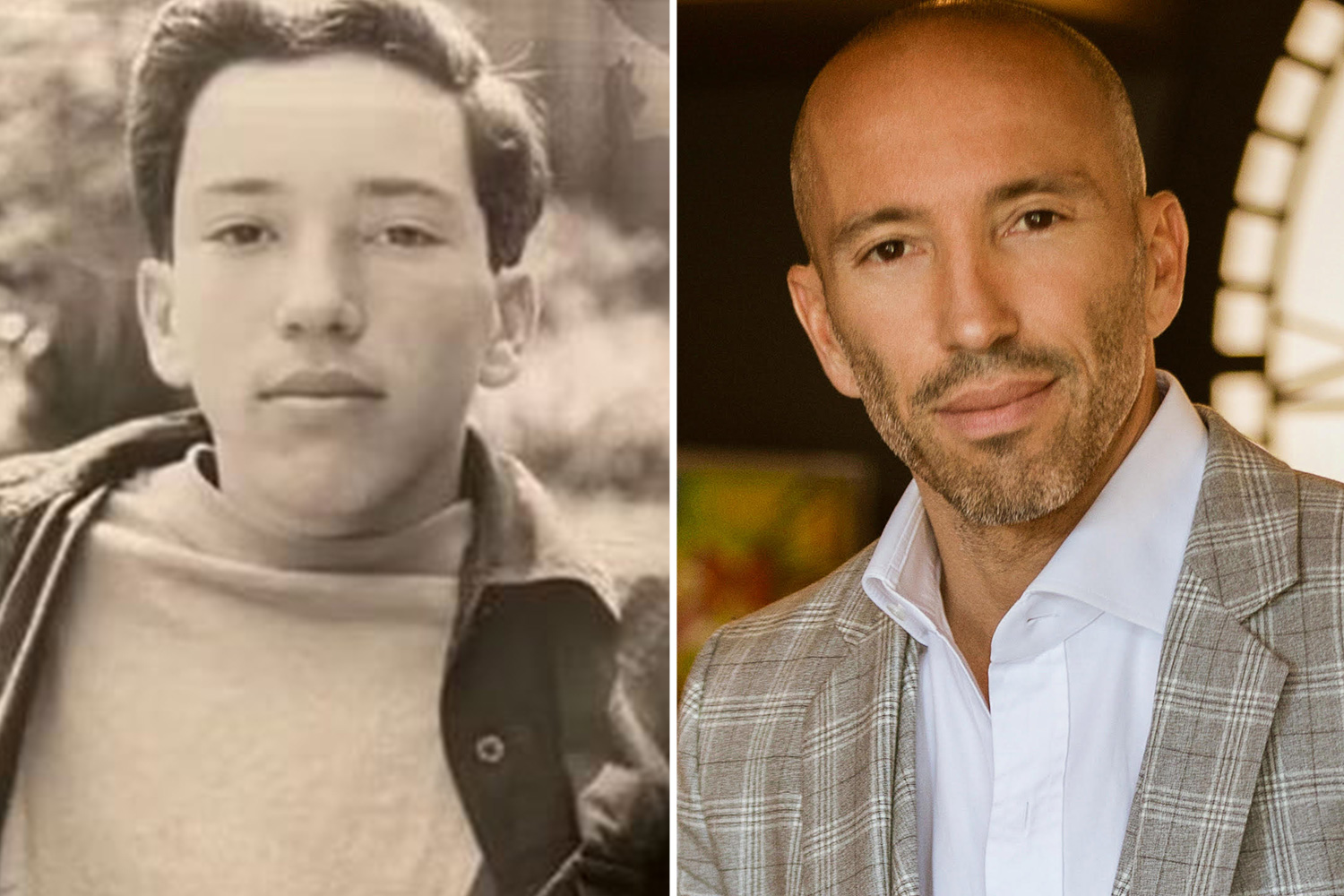 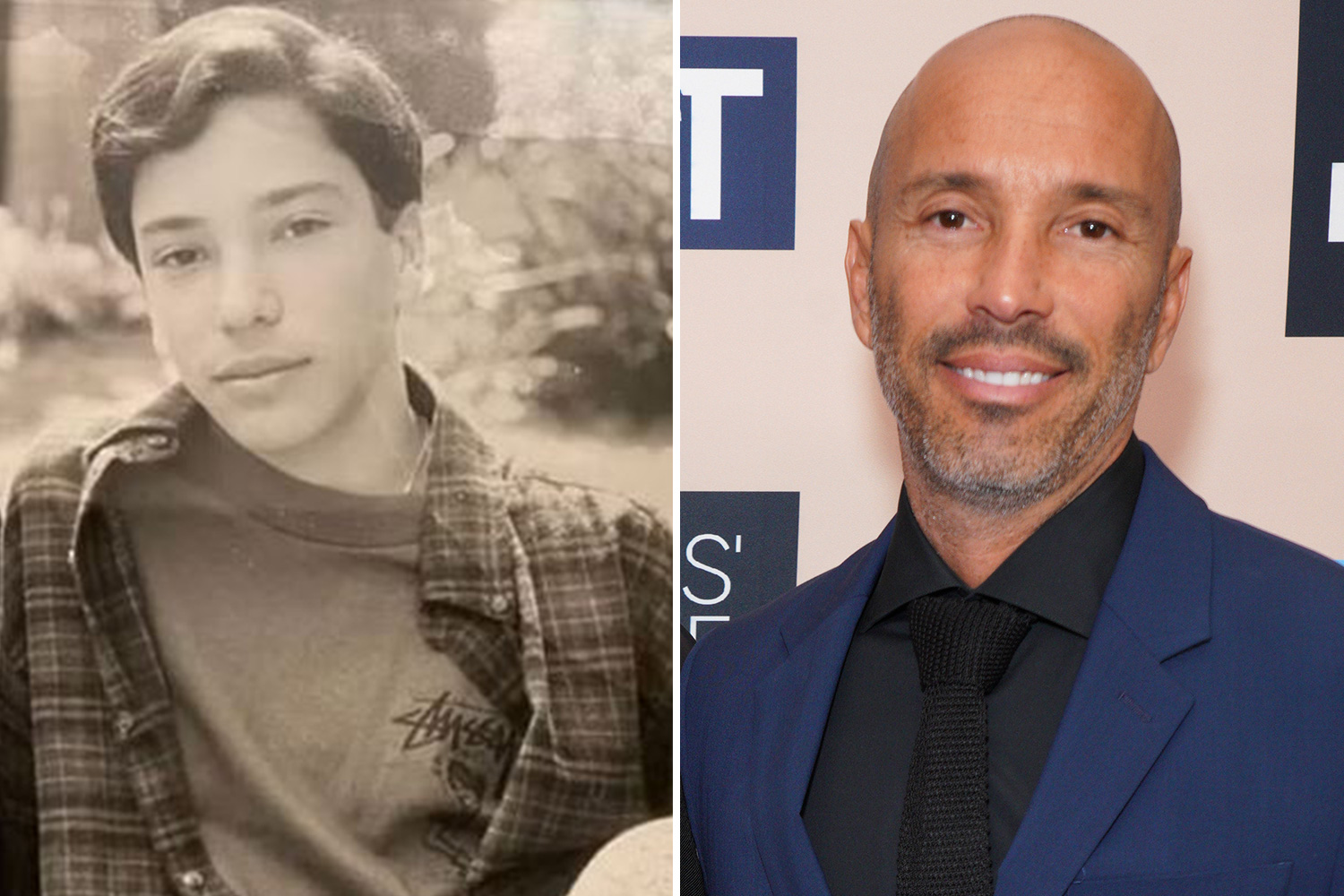 Jason and Brett both sport shaved heads and stubble today but during their younger years, the fresh-faced twins had flowing wavy hair.

They shared a throwback snap of themselves as teenagers and were both wearing open-button shirts over their T-shirts.

Before appearing on Selling Sunset the twins both studied law and Brett worked for two of the world's largest international firms.

Jason was named the number one agent in the Hollywood Hills and Sunset Strip area by the Wall Street Journal last year.

While fans rarely get to see celebrities on the show, the twins have done business with Orlando Bloom and Alex Rodriguez among others.

Selling Sunset isn't their only TV appearance either; they were both on Million Dollar Listing, Beautiful Homes & Great Estates and Selling L.A.