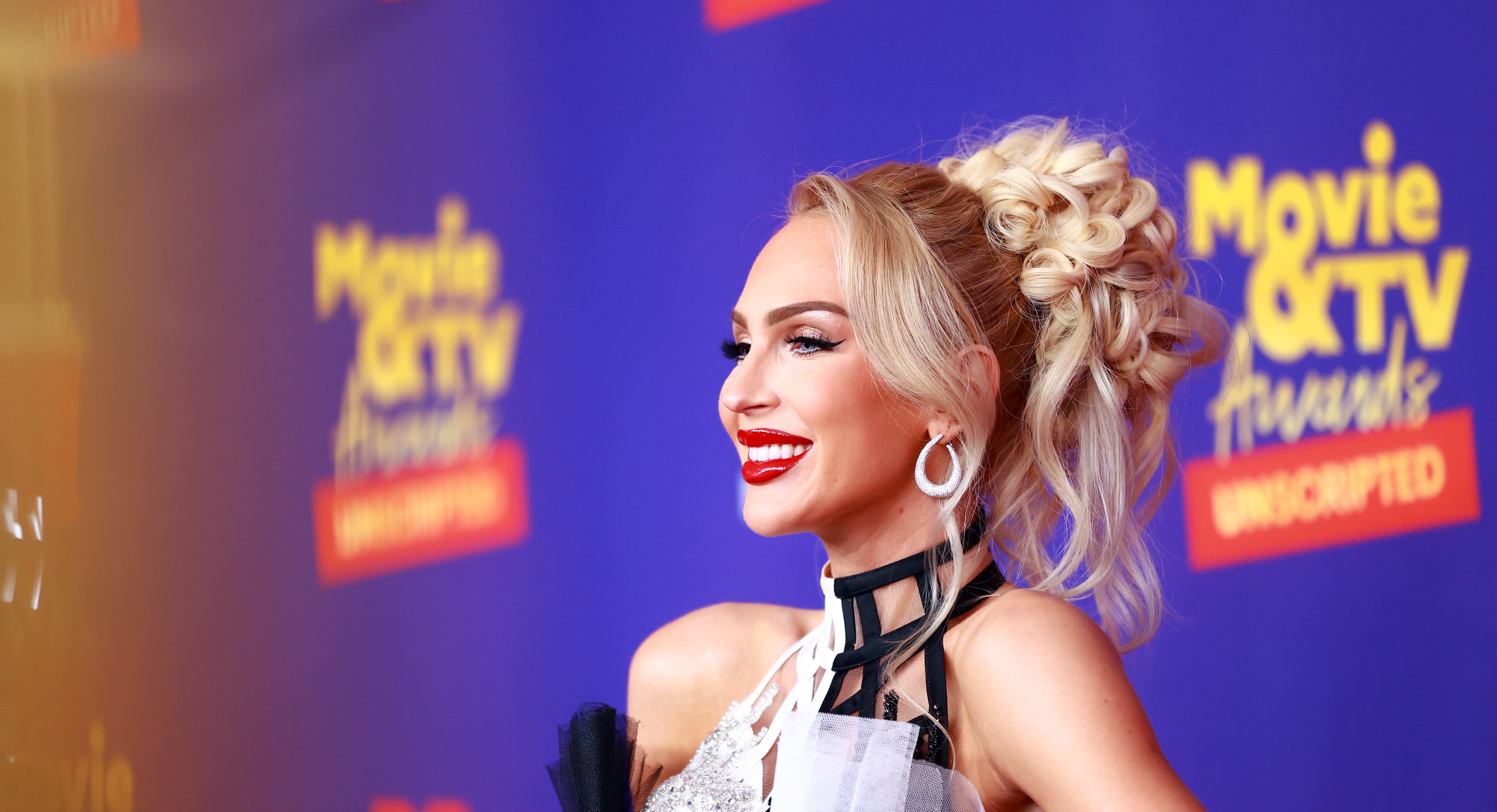 Selling Sunset’s Christine Quinn was forced to take cover underneath a desk after her book signing was ambushed by anti-fur campaigners on Sunday.

The luxury real estate agent, who has reportedly quit the Netflix show and The Oppenheim Group, was meeting with fans and signing copies of her book How To Be a Boss Bitch when protesters hijacked the event.

In video footage obtained by TMZ, a group of women brandishing posters that read ‘How To Be A Heartless B*tch’ arrived at Bookends Bookstore in Ridgewood, New Jersey. They were heard calling Christine a ‘fur hag’ and ‘wicked’ as they stood outside the venue.

In another clip from inside the store a woman, who was stood inches away from Christine, started shouting about animal rights. It was at this moment that the reality star ducked under the furniture for safety.

‘Who don’t you care about the animals that are tortured and skinned alive for their fur?’ the protester bellowed.

Hi @peta thank you for sending your goons in to buy my books! I am so honored you are a fan. ð pic.twitter.com/29004IgCQt

She was then heard yelling: ‘Stop wearing fur!’

According to the publication, Christine sought shelter under the desk because she and her team initially believed someone involved in the protest may have been armed.

They claim she believed there might be a weapon because one of the protestors reached into his pants pocket for something.

Addressing the ambush on social media, Christine shared a photo of the protesters alongside the caption: ‘Comedy show.’

In another post, she wrote to the animal rights group Peta. ‘Hi @peta, thank you for sending your goons in to buy my books!’ she penned. ‘I am so honoured you are a fan.’

Peta responded, writing: ‘Wasn’t us but props to the good folks calling you out for wearing fur.’

However, Christine doubled down and fired back: ‘I wasn’t wearing fur, I’m wearing sustainable denim and organic cotton. I know your organization is sophisticated enough to figure this out.’

Metro.co.uk has reached out to Christine for further comment.