The Netflix star showed off her toned figure as she did the SPLITS and other tricks on a paddle board off the coast of Italy during the new parents’ European vacation. 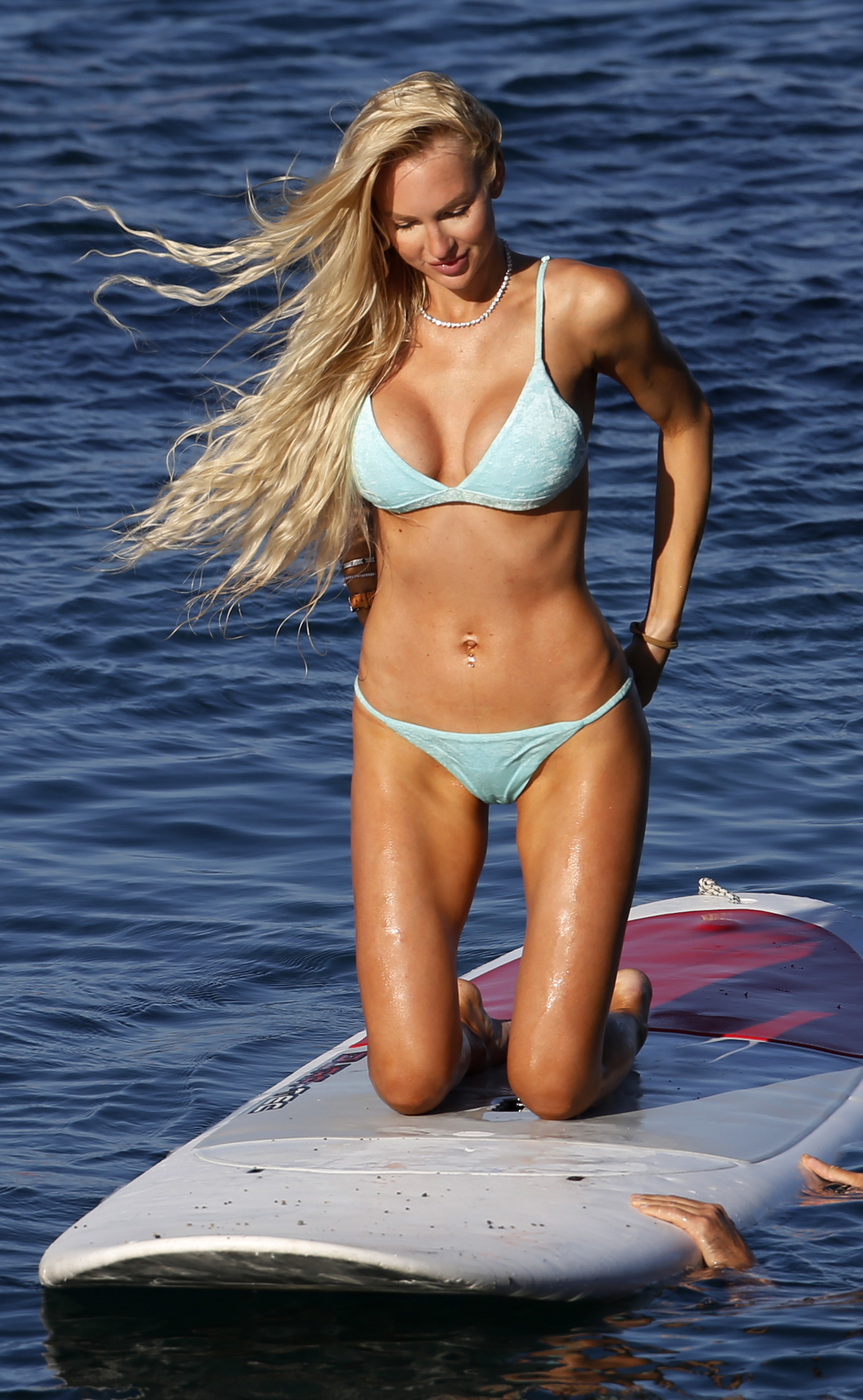 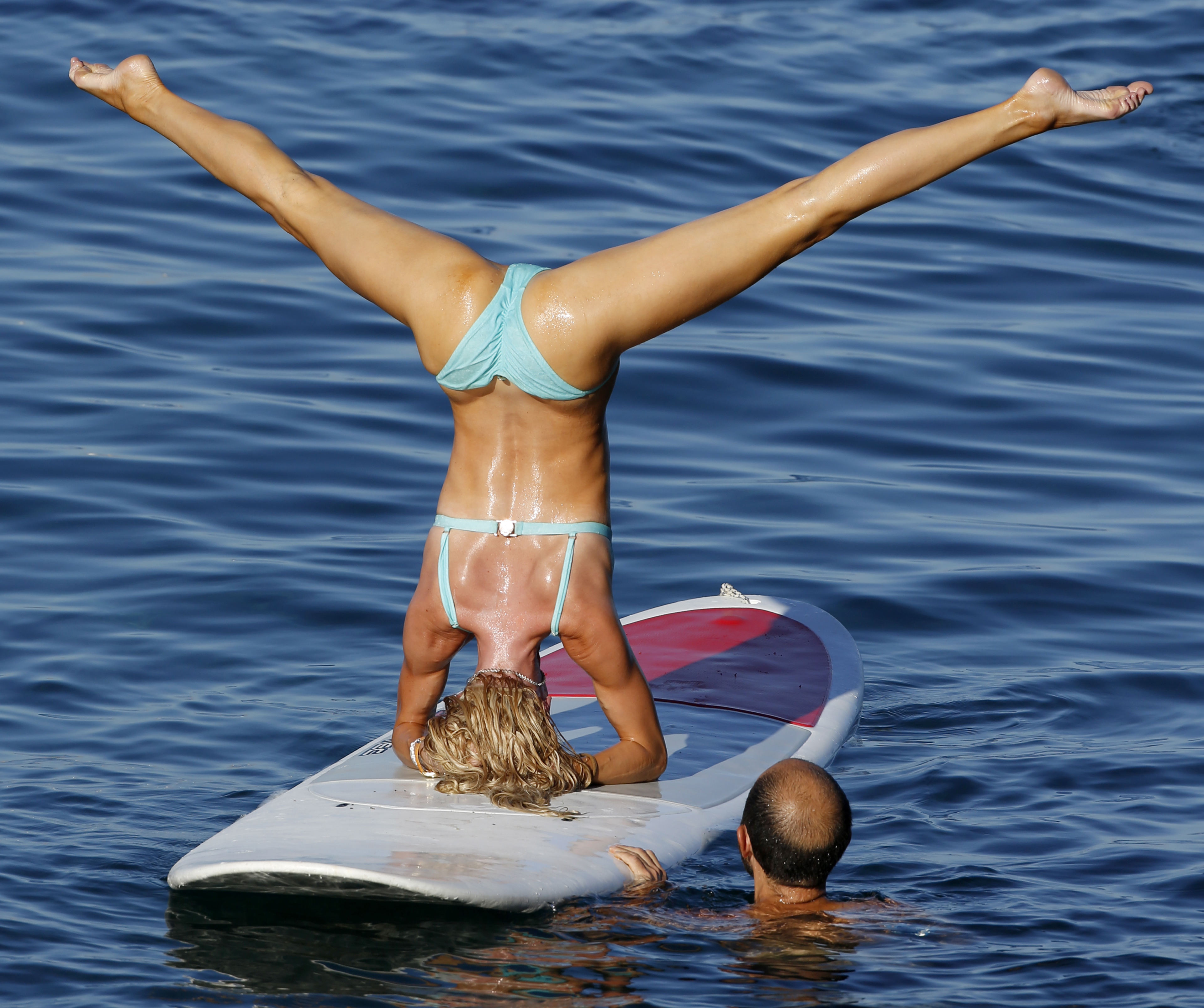 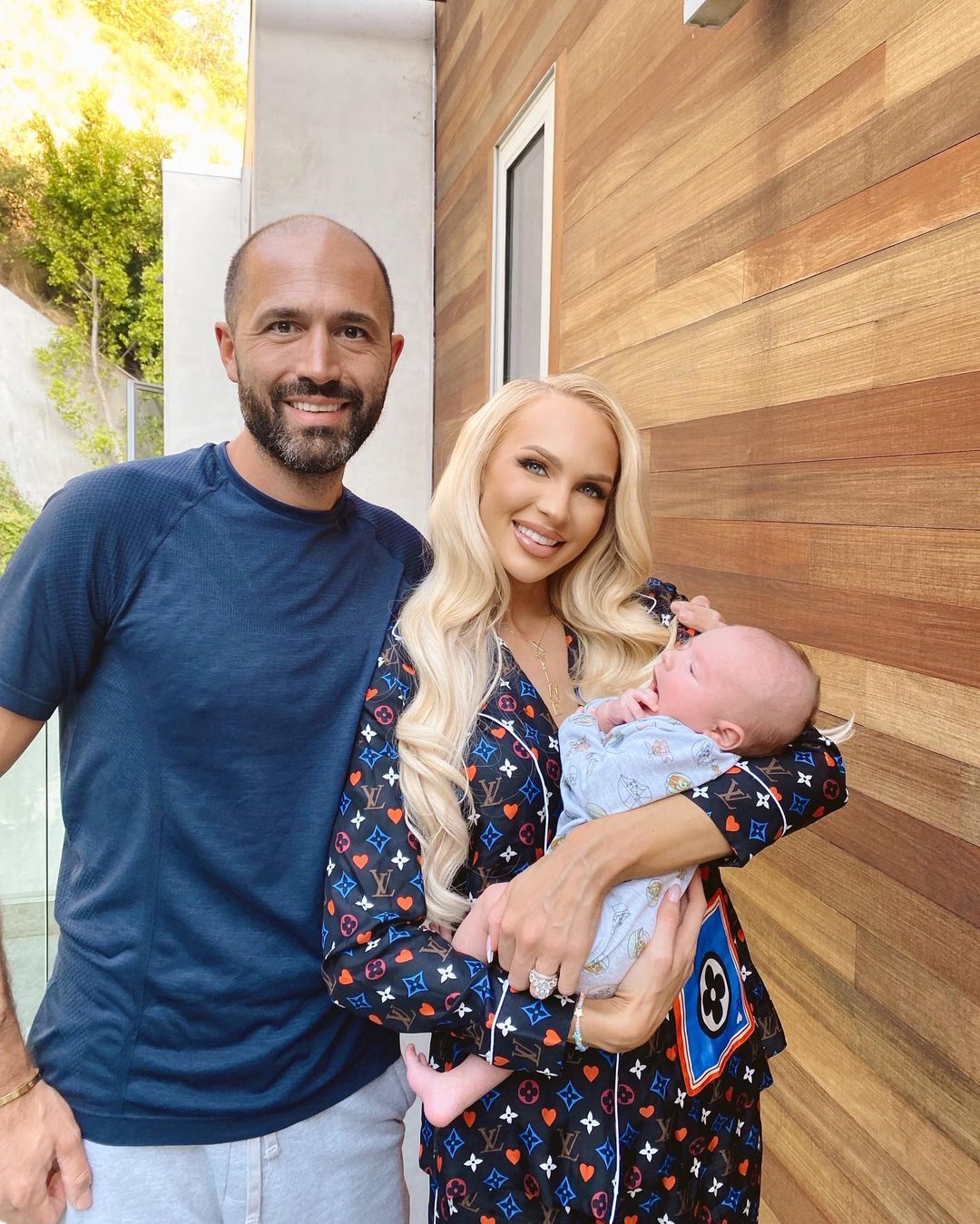 Christine, 32, stunned in a teeny-tiny blue bikini that that put her abs and long legs on full display.

The blonde beauty did a series of yoga poses on the board as her husband lovingly looked on.

In one snap, she does the full splits on top of the board in the ocean.

She even stands on her head upside down as well as a number of tricky positions while floating at sea.

After getting her fitness on, the Selling Sunset breakout star drank cocktails while still submerged in the water with her tech entrepreneur hubby.

Their Italian vacation comes just three months after the couple – who got hitched in front of cameras on the Netflix reality show – welcomed the birth of their first child.

Christine welcomed her son Christian Georges on May 15th after a “terrifying" hospital experience.

In July, the Netflix star revealed she nearly died during her emergency C-section in May as she finally opened up about her "traumatic" childbirth.

The reality star took to Instagram to share a few new photos with her newborn, as she explained the "trauma" of that day.

She wore silky Louis Vuitton pajamas as she posed with her baby and husband, both named Christian.

"Happy 2 month birthday to my sweet little baby! Two months ago today, you made an extremely dramatic entrance, just like your mommy. (Except you were very early, and I am always late)," she joked.

She continued: "Reliving the trauma on Selling Sunset about my birth experience, was one of the most difficult things I have ever done…

"I am not often publicly vulnerable, as I feel the responsibility to put on a brave face, despite still feeling at the time hopeless, terrified, and to this day traumatized.

'LUCKY TO BE ALIVE'

“Both myself, and baby Christian are lucky to be alive.”

She then explained how after her water broke, she was "rushed to the hospital already 9cm dilated.”

"Hyperventilating from the excruciating pain, I was immediately rushed in to an emergency crash C-section due to both our heart rates instantly plummeting.

"Baby C umbilical cord was wrapped around his neck. Baby C was seconds away from not making it," Christine explained, adding that the "surgeons didn’t even have time to count their tools before stitching me up as I was flatlining.”

The model continued on to say that the doctors had to run her "through the X-ray machine immediately after surgery" to ensure there were no "remaining tools" left in her body.

"I am so grateful for the doctors and surgeons that saved BOTH of us. I thank God everyday for my blessings, and my miracle baby," she gushed.

Christine told her followers to "always remember life is too short and grudges are a waste of perfect happiness. Let go of what you can, and take chances.

"Give everything and have no regrets. Life is too short to be unhappy," she urged. 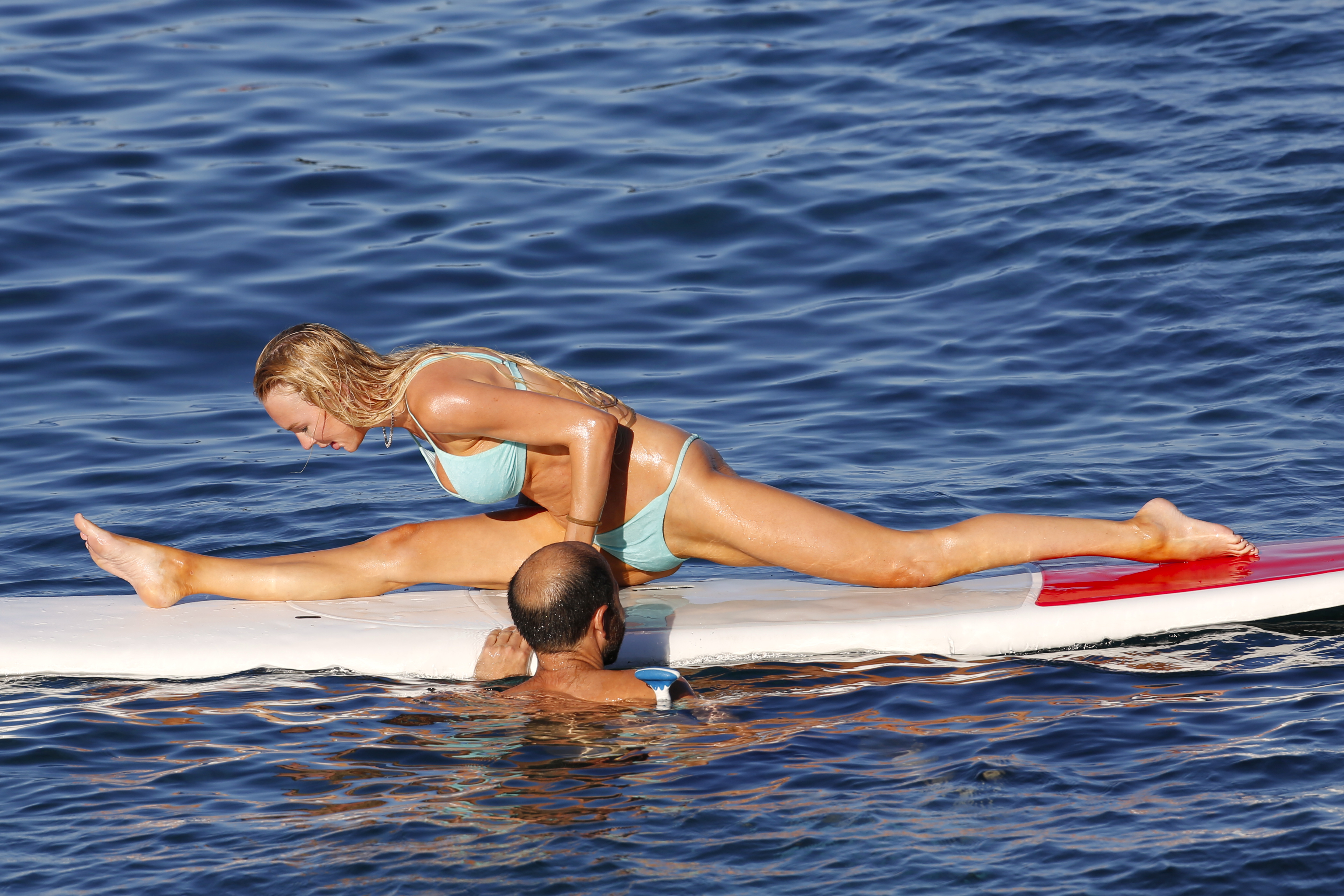 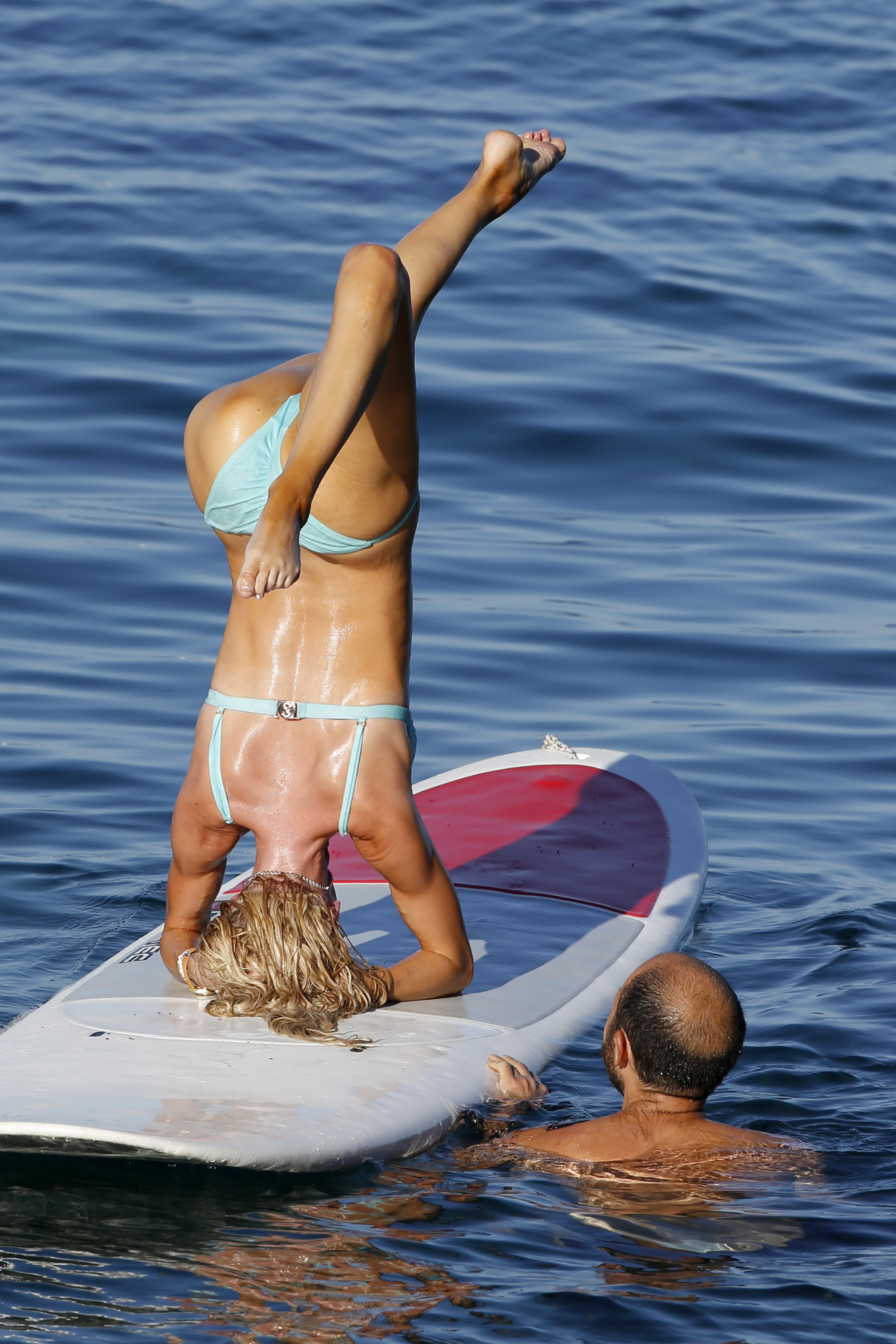 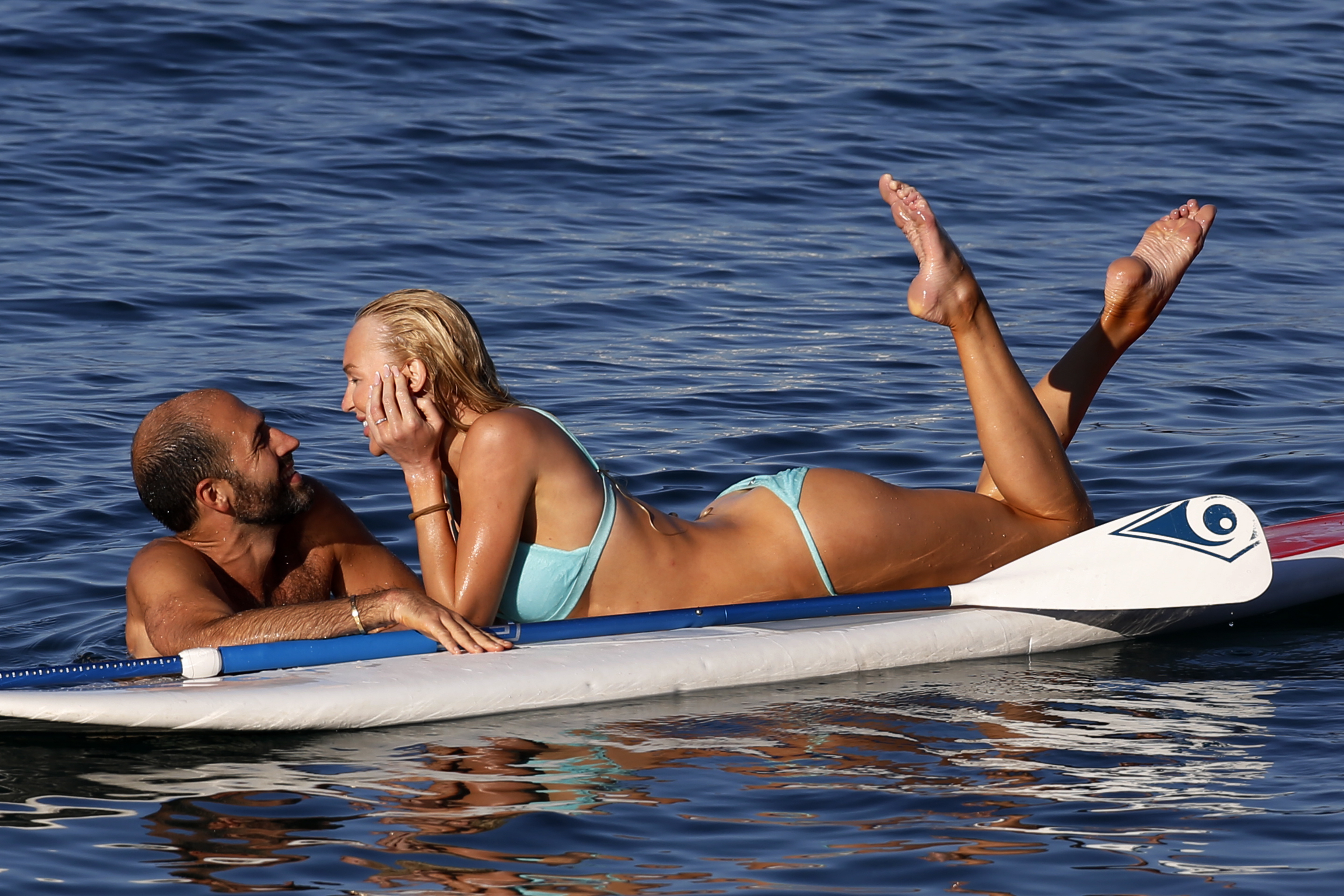 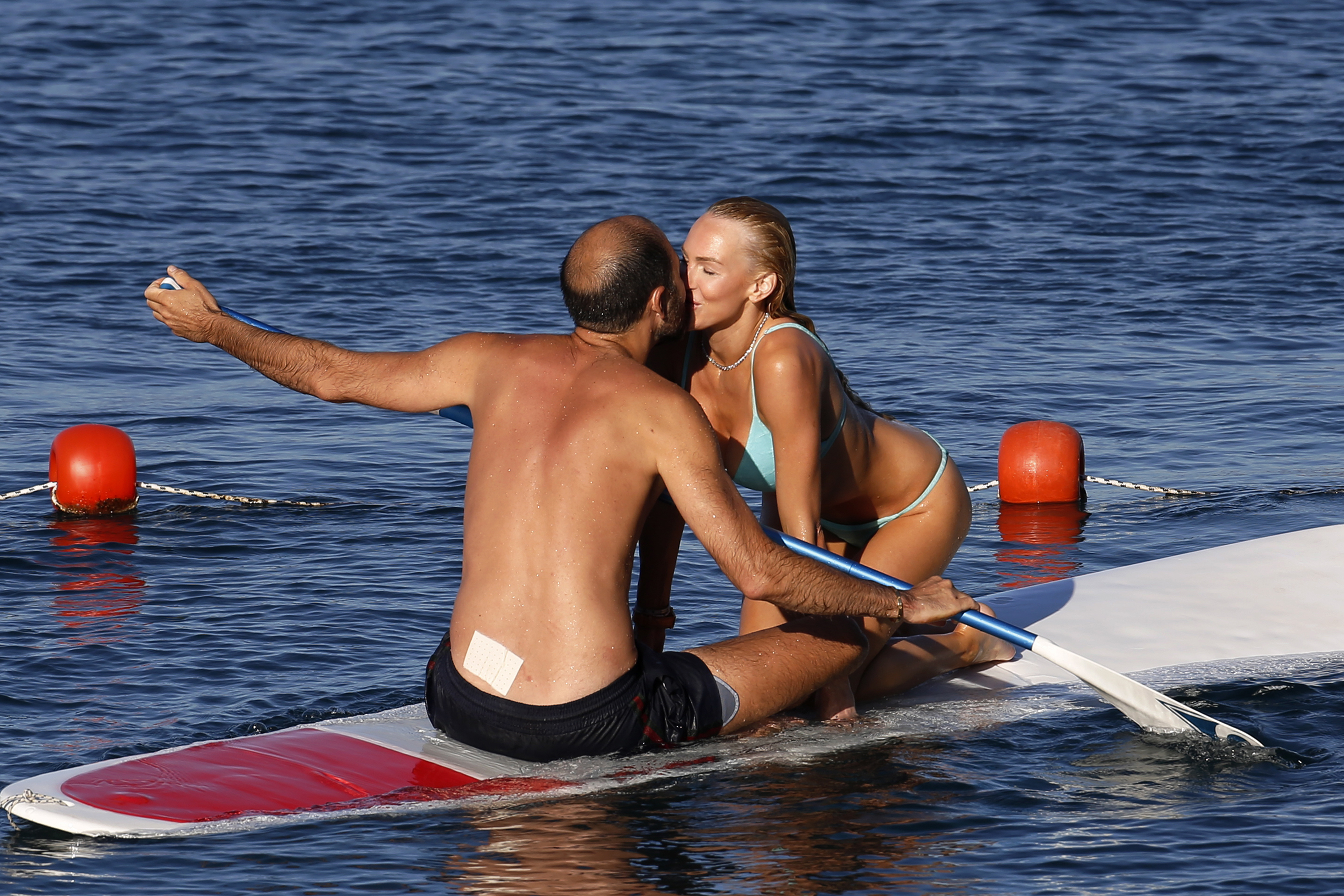